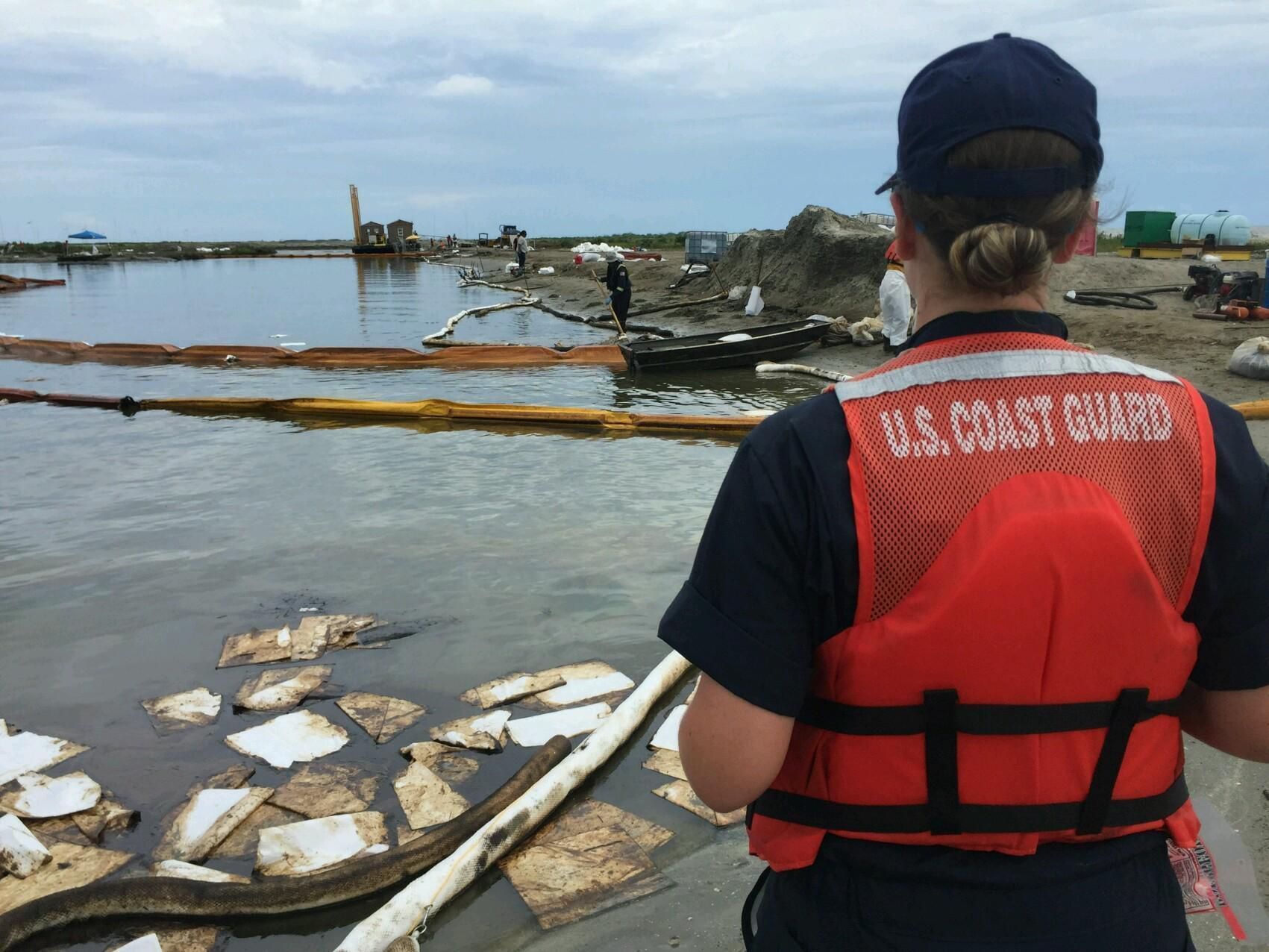 A Houston dredging company has been ordered to pay a $1 million fine for an oil spill that occurred when a subcontractor cut through an oil pipeline during barrier island restoration work off Louisiana in 2016.

Great Lakes Dredge & Dock Company, which describes itself as the nation’s largest dredging company, was sentenced last Thursday for violating the Clean Water Act, according to a news release from the U.S. Attorney’s Office in New Orleans.

Great Lakes “recklessly violated regulations designed to protect the environment and then tried to hide their actions,” Kimberly Bahney, special agent in charge of the Environmental Protection Agency’s criminal enforcement program in Louisiana, said Friday in that news release.

The spill occurred when a marsh buggy hit a pipeline while digging and moving sediment to create part of the island’s new outline, releasing an estimated 5,300 gallons (20,000 liters) of crude oil and oiling about 200 birds.

The restoration at Chenier Ronquille, a barrier island east of Grand Isle, was paid for by money from the 2010 BP oil spill.

Great Lakes, which was headquartered in Oak Brook, Illinois, in 2016 but has since moved to Houston, pleaded guilty in June 2021. As part of the plea, it said it violated state and federal laws by failing to tell companies about continuing work near their pipelines. A statement filed with the guilty plea also said Great Lakes’ failure to properly supervise James Tassin, whose marsh buggy punctured the pipeline on Sept. 5, 2016, was a cause of the spill.

A Great Lakes employee told him to dig near pipelines even though that area wasn’t in the plan approved by the National Oceanic and Atmospheric Administration, according to the news release.

It said Great Lakes had not gotten pipeline companies’ word that it was safe to dig, and Tassin said a Great Lakes employee told him “not to tell anyone that Tassin had been digging near the site of the spill.” The two Houston companies that owned the pipeline, Harvest Pipeline Company and Arrowhead Gulf Coast Pipeline, LLC, sued for damages including cleanup costs. Prosecutors said Great Lakes agreed to pay nearly $3.2 million and Tassin’s employer agreed to pay it nearly $1.7 million.

The investigation would be too unwieldly, “while unnecessarily stalling an end to the Chenier Ronquille incident,” he wrote. Besides, he said, the figure probably wouldn’t be far from the figure settled on for the damage suit.

Money to pay the fine is already in a court account. Great Lakes deposited $2 million for possible restitution when it pleaded guilty, and will get the rest back, according to court documents.