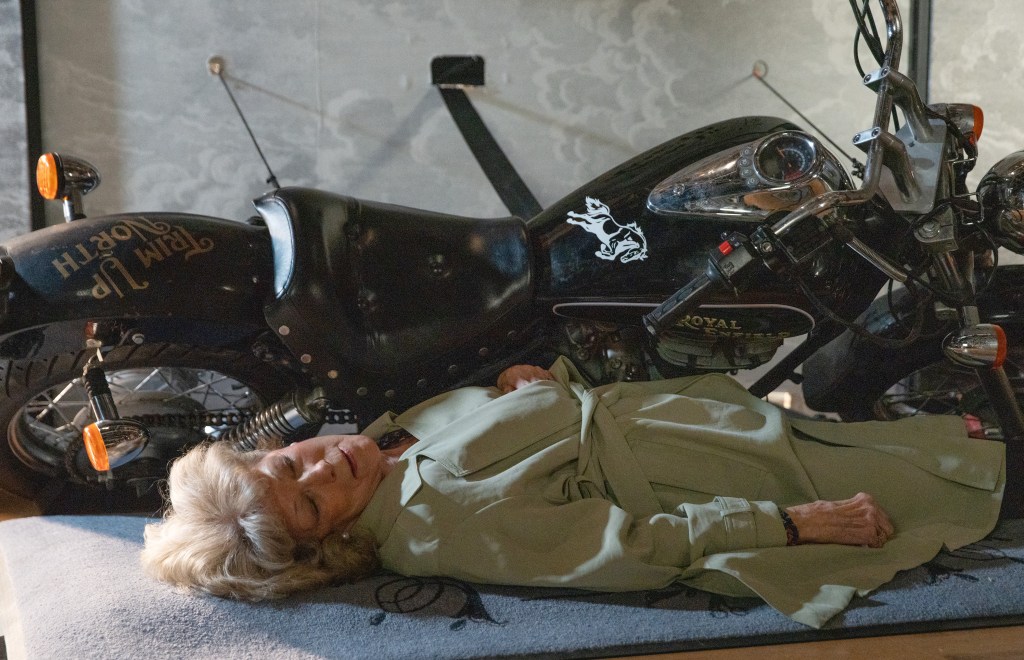 Audrey Roberts’ (Sue Nicholls) life is on the line in Coronation Street this week, as she suffers a devastating accident.

The stalwart of the ITV soap, as viewers know, has been heavily drinking in recent weeks, much to the dismay of daughter Gail Rodwell (Helen Worth), who has pleaded with her to cut back on the booze.

Audrey, however, has refused to do so, and things escalate quite dramatically on Wednesday (June 22), when Rita Tanner (Barbara Knox) spots her drinking in the Rovers.

Rita gives her thoughts on the matter, reminding Audrey that she still owns the barbers, and therefore encourages her to return to work. Audrey gives it much thought, and ultimately does just that, much to David Platt’s (Jack P Shepherd) horror.

She causes chaos, flirts with Ryan Connor (Ryan Prescott) and ultimately trips over on the Thai elephant! Maria Connor (Samia Longchambon) later finds her playing table football with Ryan, and insists that she go home.

Audrey, however, refuses, and when Gail tries to intervene, she asserts that she’s moving back home with immediate effect. Tragedy, however, strikes when she staggers into the motorbike, which falls and knocks her over.

As night falls, Audrey cries out for help. But no one comes to rescue her. Will she be okay?

Audrey was last seen crying out for help (Picture: ITV)

Despite things looking incredibly bleak at the end of Wednesday’s edition of the serial drama, no Audrey doesn’t die.

Friday’s (June 24) offering picks up the following morning, revealing that Audrey was left all night.

The below preview clip, taken from the episode in question, reveals the moment Audrey is found, as Brian Packham (Peter Gunn) and Elaine Jones (Paula Wilcox) have a chat outside the barbers when they hear someone calling for help inside.

They’re unable to obtain entry to the premises without the keys, and thus Brian sprints off to find to David, while Elaine attempts to maintain contact with the injured person inside, unaware it’s Audrey.

A taxi pulls up and out steps Stephen Reid (Todd Boyce), Audrey’s own son!

Stephen offers assistance, as Elaine explains the situation to him, but as he peeps through the letterbox, will he realise that it’s his own mum who’s in serious distress?

He does indeed, and subsequent scenes will see Audrey loaded into the ambulance and taken away to the hospital.

US veterans captured in Ukraine could face …read more

What time does The Umbrella Academy season 3 come out on Netflix?