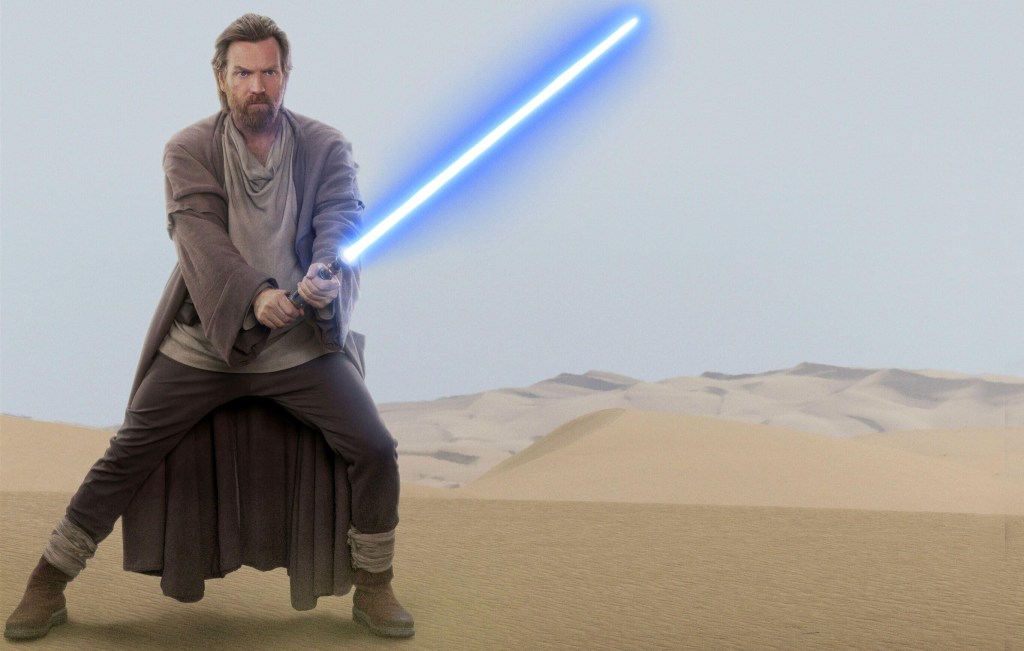 ‘I am what you made me,’ are the chilling words from Darth Vader to his former master, Obi-Wan Kenobi in Disney’s new show, the finale of which came out today.

Those words horrified me as much as they seemingly did Kenobi.

The six-part streaming series is the next chapter in Ewan McGregor and Hayden Christensen’s characters’ relationship – set 10 years after Revenge of the Sith and nine years before the events of Star Wars: A New Hope (Episode IV, released in 1977).

It’s also a show that caters to a group that few people would admit even exists – fans of the Star Wars prequel trilogy. I should know – I’m one of them.

When they last graced our screens in 2005 in Revenge of the Sith, Obi-Wan left his apprentice for dead on the lava shores of the volcanic planet Mustafar. It was a climactic conclusion to one of the most controversial film sagas ever made.

The Star Wars ‘prequels’ – as they became known – were roundly pilloried by critics worldwide.

In 1999, the Guardian’s Peter Bradshaw called The Phantom Menace a ‘star bore’, then in 2002, he generously gave Attack of the Clones (AotC) three stars out of five, before awarding Revenge of the Sith only one in 2005.

The six-part streaming series is the next chapter in Ewan McGregor and Hayden Christensen’s characters’ relationship (Picture: Jesse Grant/Getty Images for Disney)

Scenes featuring political trade negotiations, poor dialogue and a lacklustre romance between two protagonists that even Love Island would struggle to match, attracted waves of criticism.

The films were so badly received that Jake Lloyd, who played nine-year-old Anakin Skywalker in The Phantom Menace even quit acting entirely because of the reception.

It was bittersweet then, when Ewan McGregor revealed he only recently found out not everyone panned the prequels. When asked whether they were underrated, McGregor recently said: ‘I think they were appreciated at the time by the generation we made them for.’

He accurately points out that social media was not as widespread in the early noughties, so fan-reaction was harder to gauge. ‘At the time, basically reaction was driven by the critics, who decided they weren’t as good as the original film,’ McGregor added.

So what if the scripts weren’t Shakespearean masterpieces? Or that the blue screen CGI grated after a while? And let’s not even start with Jar Jar Binks.

Despite lacking in certain areas, the prequels did many things better than the original trilogy. They were visually stunning, owing to technical advances George Lucas simply wasn’t able to take advantage of in the 1970s and 80s.

The lightsaber duels were fast, elegant and reminiscent of combat from a more civilised age. Obi-Wan’s fight with Darth Maul remains iconic and one of the best of the franchise, or indeed cinema.

To view this video please enable JavaScript, and consider upgrading to a web
browser that