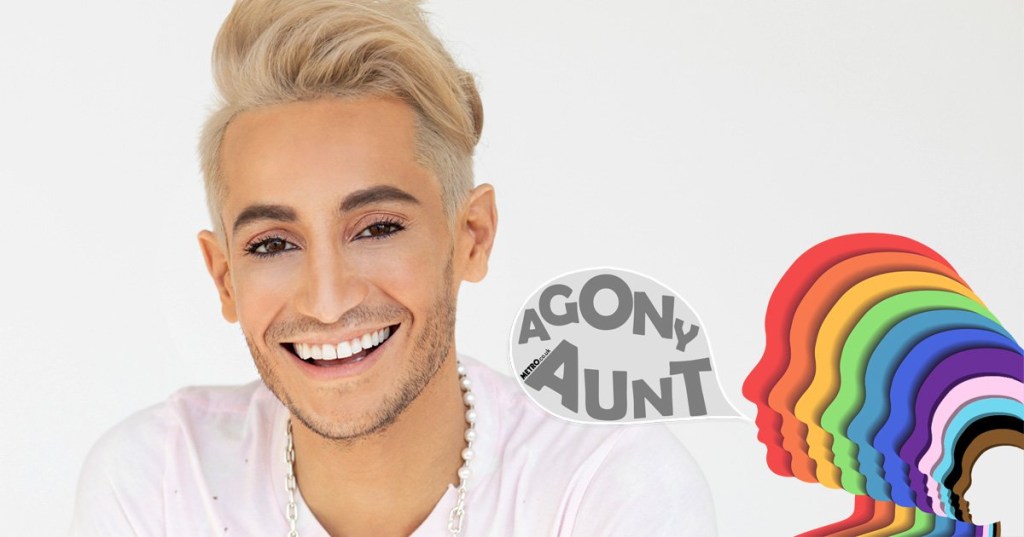 Frankie Grande is dropping some words of wisdom in our Agony Aunts series (Picture: Maxwell Poth)

Frankie Grande began his dance career in style in 2007, hitting Broadway in total and utter style as part of the Mamma Mia! cast.

Since then, the 39-year-old has made a name for himself in the showbiz world alongside his famous sibling, Ariana Grande – showing off his acting and dancing skills on the big and small screen. He also managed to make our lives a little more sparkly on Celebrity Big Brother in 2016, getting into the star-studded finale.

Most recently, the actor, producer, actor and social media advocate kicked off a limited run of his Titanique stage production in New York – which truly needs to be seen to be believed.

He also found time to tie the knot to Hale Leon last month, with the couple married by his mom Joan Grande at their family home in Boca Raton.

And today, Frankie Grande has been unveiled Metro.co.uk’s LGBTQ+ agony aunt, on hand to offer advice to one reader on how to come out to their dad.

Dear Frankie, I’ve been out as a gay to my mum for many years now, but I’ve never come out to my dad and it has been kept a secret.

I really want to tell him about my sexuality, but I don’t want him to feel like he’s been kept in the dark. What is the best way to tell him?

Honestly, honesty is ALWAYS the best way. When you decide to come out to him, tell him that every person, when coming out, has to do it in their own way and at their own pace.

From the Celebrity Big Brother house to Broadway, Frankie has done it all! (Picture: Getty)

Coming out to your mum first was the journey you needed to go on so that you could now proudly come out to your dad.

That was how you felt safest and therefore that was the right way for you.

He should come to accept your decision to come out the way that you did, and love you all the more for deciding to let him in on this very important truth about yourself, regardless of who knew first.

Good luck and welcome to this amazing rainbow community of love!

This year marks 50 years of Pride, so it seems only fitting …read more

Stock Market: Suez Canal Update! Floating!
What time is Paul McCartney’s Glastonbury set and how to watch it on TV?

What is the Wimbledon prize money and how much do the winners get?

Average house in London will now cost you £534,977 – nearly ten times your salary

Putin warns Satan 2 ballistic missile could be deployed in months