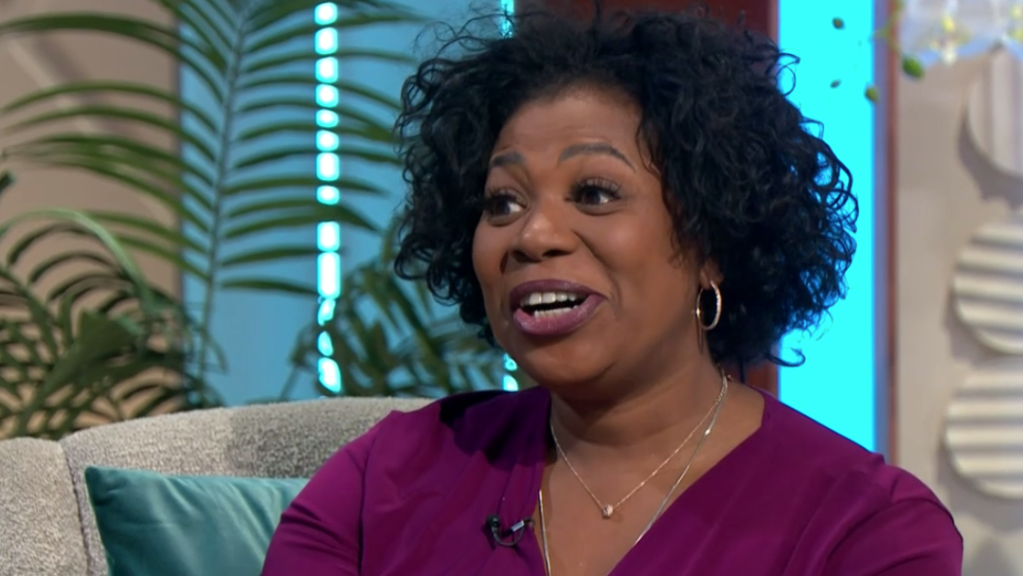 Brenda Edwards has thanked her Loose Women co-stars and ITV family for continuing to support her after the death of her son Jamal Edwards, aged 31.

Brenda is currently touring the musical Chicago in the role of Mama Morton, which she previously appeared in shortly after her stint on The X Factor back in 2006.

The actress, singer and presenter joined Lorraine Kelly on the latter’s morning show to catch up about her latest gig, as well as to chat about her son Jamal, who died in February aged 31.

The TV star, 53, took a break from her spot on the panel of Loose Women after Jamal’s death, but told Lorraine how much help she received from her fellow Loose ladies, as well as the whole of the broadcaster.

‘I missed [Loose Women] so much. I love all the different personalities, everyone’s individually sent me messages, flowers, food.

‘It was just too much. It was really nice and I appreciated that support, everyone from ITV has been really amazing,’ she told Lorraine.

Brenda, who will take to the stage in Cardiff tonight, revealed just how proud Jamal was of her musical theatre career.

She shared: ‘Jamal came and watched me in Chicago quite a few times. He was very supportive of my musical theatre career.’

Brenda released a statement for fans earlier this month after discovering his cause of death and warned of the dangers of ‘extremely unpredictable’ substances.

‘Since I last spoke, I have sadly learned that the cause of Jamal’s devastating passing was due to cardiac arrythmia caused by having taken recreational drugs and I wanted to address this myself to everyone who loved, admired and respected my son,’ she penned.

‘Jamal had the world at his fingertips – a zest for life and he was unwittingly taken away far too soon,’ she continued.

Prince Andrew could be stripped of Duke title under new law

‘Yet we have to come to terms with what happened, and Jamal is proof that this can happen to anyone.

‘These types of substances are extremely unpredictable, and we can only hope that this will encourage others to think wisely when faced with similar situations in the future. His passing has shown that any one bad decision on any one occasion can lead to devastating consequences.’

Lorraine airs weekdays from 9am on ITV.