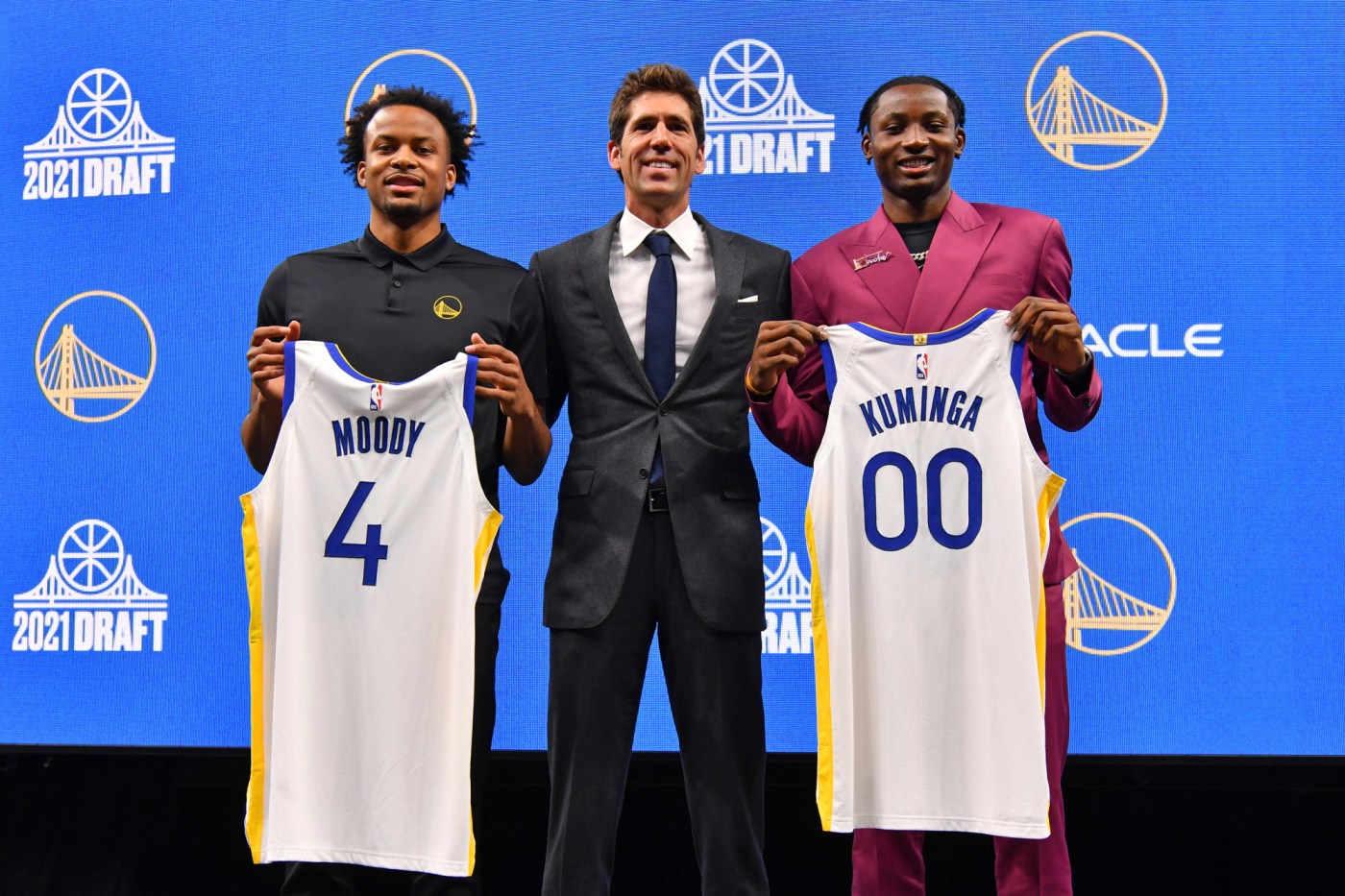 SAN FRANCISCO — The championship parade buzz is still wearing off, but the Warriors have to pivot focus to Thursday’s NBA Draft.

Golden State has the 28th overall pick and two second-round picks in Thursday night’s draft, but no urgency to fill a roster spot. The Warriors have seven free agents, and a 2023 run to defend their title could depend on keeping a majority of them — including Gary Payton II, Kevon Looney and Otto Porter Jr. — or identifying players that match their production in the free agency market.

The Warriors were thin at center this season: James Wiseman missed the season recovering from knee surgery done last April, pushing Kevon Looney and Draymond Green to play center all year. Wiseman is expected to play Summer League and return healthy next year to add depth there.

With no clear position to fill, the Warriors say their strategy will be to take the best player available on the board.

“I think we’ll go best player, (that’s) usually what we fall back on,” president of basketball operations Bob Myers said. “But I think the league is pretty wing-heavy and we’ve seen that position have a lot of value.”

The Warriors’ front office is burning through film to build a big board. Myers said the team is “ready” for the big night despite the three-month title run distraction.

“I guess high-class problem,” he said. “We’ve done this five times, so this is six. I didn’t know that we’d be doing it again. But we have done it before. Got to lean on your staff. Got to lean on the people that have been doing it the whole year.”

The Warriors pride themselves on an ability to win now and develop their next generation of players — their roster holds lottery picks Jonathan Kuminga (19 years old), Moses Moody (20) and Wiseman (21).

But in order to defend their title, the Warriors may opt to line their roster with more veterans than projects. Certainly the Warriors would consider trading the 28th pick if an offer was on the table.

“I don’t think the money is going to be a factor as far as whether we trade out or keep the pick,” Myers said. “It’ll be if it makes sense, so it won’t really be a money decision. We’ve got like 15, 20 people up on the ninth floor right now watching film and getting the draft order and getting our board aligned.

Kurtenbach: Warriors GM Bob Myers asked me who his team should draft. I’ll tell you what I told him

NBA Draft: Jalen Williams gets his shot 26 years after Nash broke through for Santa Clara

Kurtenbach: The Warriors are the Bay’s top organization — their NBA Draft showed why

COVID hospitalizations are back over 700 in LA County