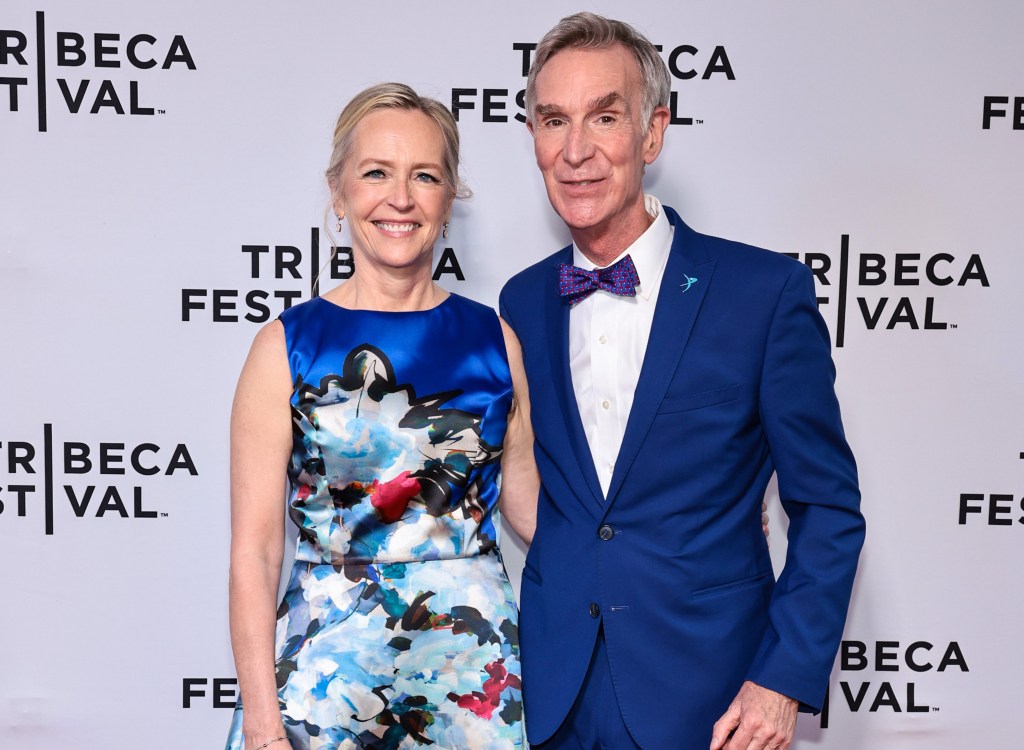 The beloved presenter, 66, tied the knot with his new wife last month, with the couple hosting their big day in Washington DC.

They said their vows at the stunning Castle Building’s Haupt Garden, at the Smithsonian Institute, surrounded by their loved ones.

Journalist Liza, 61, donned a white, sleeveless satin gown for the nuptials and accessorized simply with a necklace and a bracelet.

The groom looked dapper in a black tuxedo with a green pattern on his bow tie, and an orange flower in his lapel – which matched his bride’s colorful bouquet.

The couple have kept their romance firmly behind closed doors (Picture: Getty)

According to reports, the lovebirds wrote their own vows, and were toasted by their family members – including Liza’s daughter, Anna – and close friends.

People Magazine reports that the bride wisely swapped her shoes for trainers during the reception, before they shared their first dance to What A Wonderful World, by Sam Cooke.

Liza and Bill first met after the author mentioned her new husband’s mom, Jacqueline Jenkins-Nye, in her 2017 book, Code Girls: The Untold Story of the American Women Code Breakers of World War II.

Bill and Liza first got in contact in 2017 (Picture: Getty)

The popular host then reached out to share his appreciation for the book, and they became close from there.

However, they have made sure to keep their romance firmly behind closed doors, and have rarely been seen together on the red carpet.

This marks Bill’s second marriage – he walked down the aisle with musician Blair Tindall on February 3, 2006.

However, it wasn’t to last and he filed to have the marriage annulled just seven weeks later after which the marriage was declared invalid.

MORE : EastEnders spoilers: Nancy announces she’s leaving – but will she change her mind?

MORE : Regé-Jean Page claims rumours of Bridgerton return for season 3 were ‘made up’ – and we’re heartbroken all over again