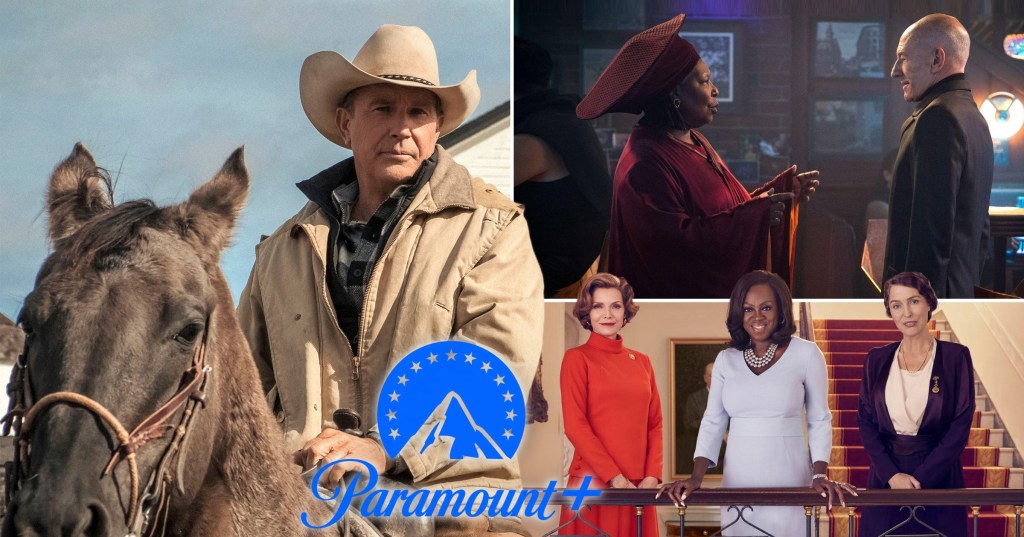 We’ve picked a selection of shows you need to watch (Picture: Ramona Rosales/SHOWTIME)

Paramount Plus is the latest streaming service to launch in the UK, with an incredible roster of programmes and movies for viewers to enjoy.

There’s now yet another streaming service in the UK to add to the list, with Paramount Plus finally bringing its hefty selection of shows to the nation from today.

It will be the exclusive home of some of the year’s most highly anticipated titles, including Top Gun: Maverick, HALO, Star Trek: Strange New Worlds, The First Lady and Kamp Koral: SpongeBob’s Under Years, culminating in more than 8000 hours of entertainment for the whole family.

‘The addition of Paramount Plus to our strong portfolio of free-to-air, pay-TV and streaming services will broaden the range of choice available to our audiences in the UK and Ireland,’ said Maria Kyriacou, President of Paramount Australia, Canada, Israel and UK.

‘Paramount Plus will be a one-stop destination for Paramount’s biggest brands, where fans of all ages can find exclusive original premium content, global hits, and discover a world of favourites from Paramount’s vast catalogue.’

Elsewhere, Paramount Plus will also debut in Switzerland this year and India in 2023.

But what should you be tuning into? Here are all the shows you need to keep an eye out for.

What to watch on Paramount Plus

Fans have already seen two seasons of Sir Patrick Stewart taking on his iconic role as Jean-Luc Picard once more, who he previously portrayed Star Trek: The Next Generation.

Star Trek: Picard follows Jean-Luc in the next phase of his life, and covers issues that come up in the last stage of a person’s life.

Halo is an adaptation of the popular video game (Picture: Paramount Plus)

Halo, based on the hit video game, follows an epic 26th-century conflict between humanity and an alien threat known as the Covenant. It weaves ‘deeply drawn personal stories with action, adventure and a richly imagined vision of the future’.

It originally premiered back in March, and has already been renewed for a second season. After the first three episodes of Halo become available tomorrow (22nd June), the rest of the series will be released on a weekly basis for fans to enjoy.

Now, this has to be one of the most anticipated dramas of the year, with a gorgeous cast led by Michelle Pfeiffer, Viola Davis, and Gillian Anderson,

While the series has been met with mixed reviews so far, we still think the 10 episodes are worth a good go.

What are the Love Island 2022 contestants’ star signs?