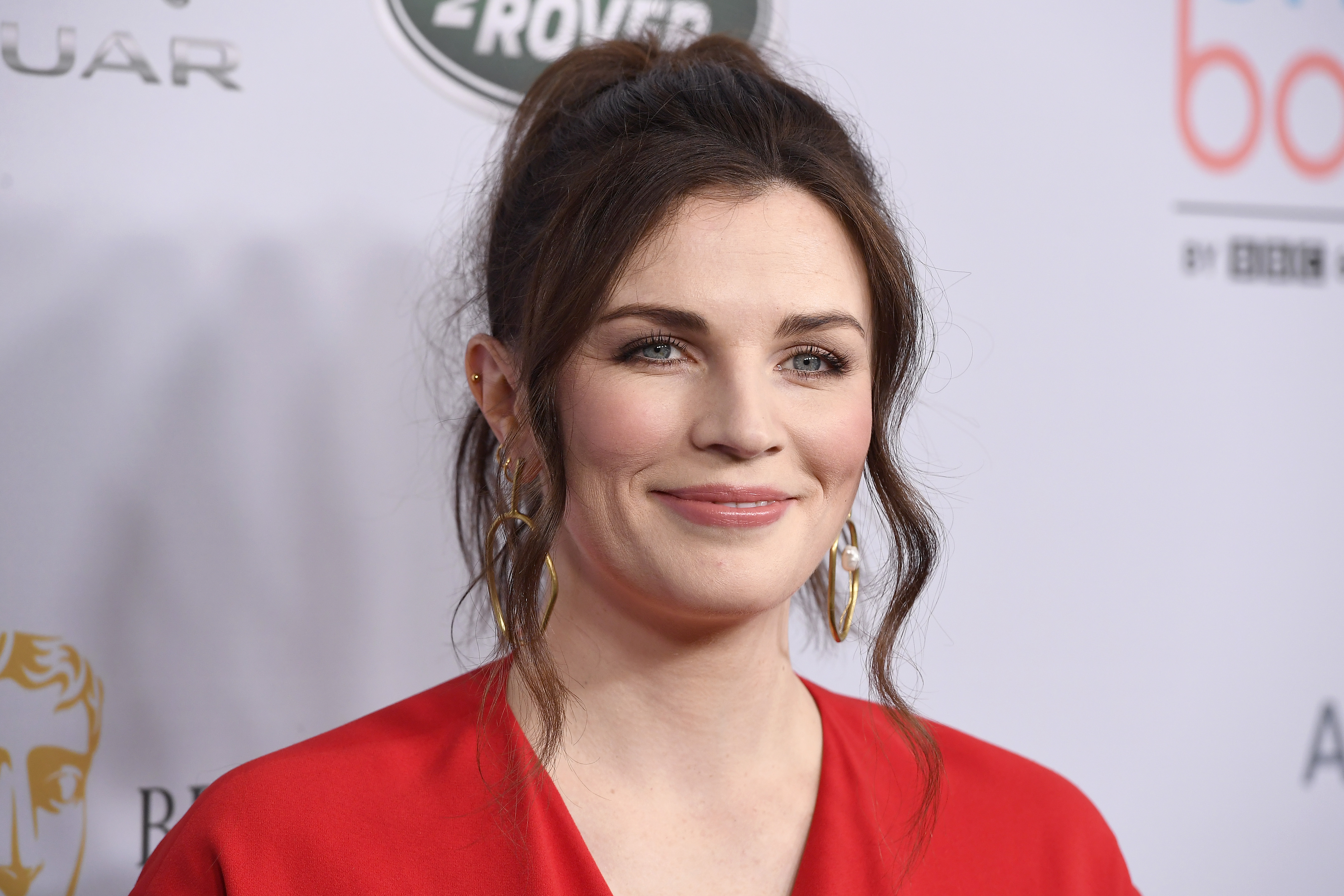 Aisling Bea has proven that nothing, and we mean nothing, can get in the way of her living out her talk show dreams, after she appeared on Jimmy Kimmel Live! in a dressing gown and slippers.

She’s an icon, she’s a legend and she truly is the moment.

The comic and actress suffered a disaster during her trip to the US, when her luggage was lost. However, being the resourceful queen she is, she had a creative solution.

Instead of panic-buying a new last-minute look, Aisling nabbed the dressing gown and slippers from her hotel and rustled up a look ‘just like Maria in the Sound of Music’.

Safe to say, she left host Sean Hayes, who stood in for Jimmy, in stitches.

Sharing various snaps of herself on the show in the unique outfit, as well as in the dressing gown’s natural habitat of her hotel, Aisling, 38, explained on Twitter: ‘BA lost my luggage but luckily I was able to fashion an outfit for @JimmyKimmelLive from some items in the hotel.

BA lost my luggage but luckily I was able to fashion an outfit for @JimmyKimmelLive from some items in the hotel. Just like Maria in the Sound of Music.
OBSESSED TO MEET @SeanHayes who was guest hosting this week. I had an excuse to touch him IRL, what a rush. pic.twitter.com/y7zZEtUlH3

‘Just like Maria in the Sound of Music. OBSESSED TO MEET @SeanHayes who was guest hosting this week. I had an excuse to touch him IRL, what a rush.’

Sean started their chat by joking: ‘What if I didn’t address it?’

‘Oh, you have noticed then?’ Aisling quipped. ‘That’s awkward.’

Aisling’s gearing up for the release of This Way Up season three (Picture: Getty Images for BAFTA LA)

‘They lost my luggage on the way here,’ she went on. ‘Yeah, from London. I went from London, they cancelled my flight, put me on a flight to Chicago, here, and the bags are just gone. Yeah, the bags are gone.’

‘Wait now, that’s my top – do you have my luggage?!’ she asked an audience member.

‘And I’ve been travelling for 22 hours and the thought of trying to find anything. But luckily the hotel had this free dress just lying in the bathroom,’ Aisling continued.

Talk shows and dressing gowns aside, Aisling is booked and busy right now, promoting her show This Way Up, and recently being cast in the Take That film Greatest Day.

She told Metro.co.uk of This Way Up: ‘Series two was a really tough thing to make during the pandemic because we shot that just after the cancelled Christmas of last year so I’m honestly really proud of it.

‘I think, with the first series, I had a bit of a sense of, “Hurry up and watch it! I spent so long making it!” and with the second series, if you’ll forgive me another handful of …read more

Cubs’ early rally powers them to the right side of a blowout vs. Pirates

Train strike 2022: Will Eurostar journeys be affected by the RMT action in June?