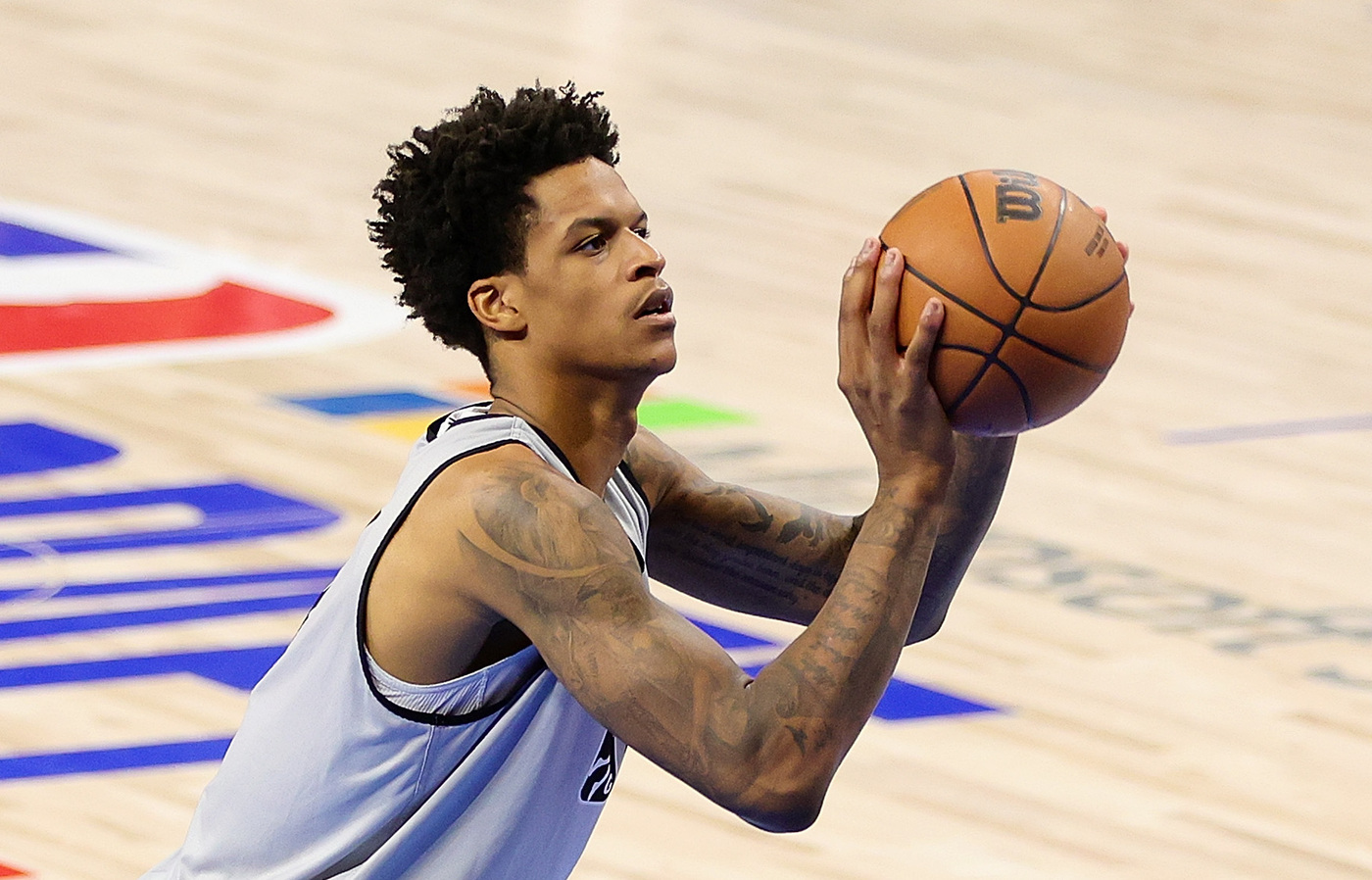 EL SEGUNDO — There is a natural draw to highlighting the parallels: 18 years after his father last played for the Lakers, Shareef O’Neal walked into the team’s El Segundo facility on Tuesday morning for his own workout.

In spite of the franchise seeming like a birthright for him – he was born at the dawn of the dynasty that his father Shaquille O’Neal spearheaded, landing three straight titles – the 22-year-old Shareef admitted that he was taken aback by the experience of dressing in purple and gold.

And yet for that dazzling feeling of a homecoming, getting an evaluation from the franchise that retired his father’s jersey, what will come to define Shareef O’Neal’s career is how far his story branches off from his dad’s.

They both are big men out of LSU, but whereas Shaq was a no-brainer No. 1 overall pick after an All-American college career, the hype of Shareef’s prep career at Santa Monica’s Crossroads School has largely faded into an unspectacular NCAA tenure made more difficult by health issues. Shaq was a dominant force who could back down every would-be defender he ever met; the wiry Shareef (who tips the scales at 215 pounds) openly admits he’s not that kind of player.

“I don’t play that back-down game,” he said. “The bigs in the league now bring the ball up, shoot 3s. I think (Shaq) only had one 3 in his whole career – no disrespect – but like, you got to be able to knock the shot down now. So I play a whole different game than he does.”

A UCLA career derailed by heart surgery and a sparse LSU career limited by foot injuries make for unimpressive numbers: Last season, Shareef averaged 2.9 points and 2.1 rebounds in just 14 games for the Tigers. But an appearance at the G League Elite camp in May stirred interest from NBA teams, and though he’s largely expected to go undrafted, Shareef felt ready to dive in.

It turns out the decision to go pro is its own divergence from his dad, who was raised by an Army sergeant and drilled in the importance of education. When asked if he was leaning on guidance from his Laker legend father, Shareef offered a surprising revelation: The two haven’t talked about his NBA prospects at all.

“We kind of bump heads about this process,” Shareef said. “He wanted me to stay in school. I wanted to better myself through this. He knows I’m working out with teams. But I’m not gonna lie, we ain’t talked about this.”

The Lakers have hosted other NBA sons during their predraft workouts, which ended on Tuesday. Scotty Pippen Jr. (Vanderbilt) dropped in earlier this month; Jabari Walker (Colorado), son of Shaq’s title-winning teammate Samaki Walker, worked out not long after. But given Shareef’s local ties as a prep star at Crossroads with a franchise icon for a father, he’s the biggest local legacy name in the mix.

One thing that eases …read more

Stock Market: Suez Canal Update! Floating!
Believe It or Not, ‘Westworld’ Season 4 Is Worth Watching Again

Older Folks Who Can’t Stand on One Leg for 10 Seconds Have Double the Risk of Death, Study Finds

Senate gun bill vote 2022: Which Republicans voted for the bill?

Can LAUSD’s board and Superintendent Carvalho do a dramatically better job educating 600,000 students?