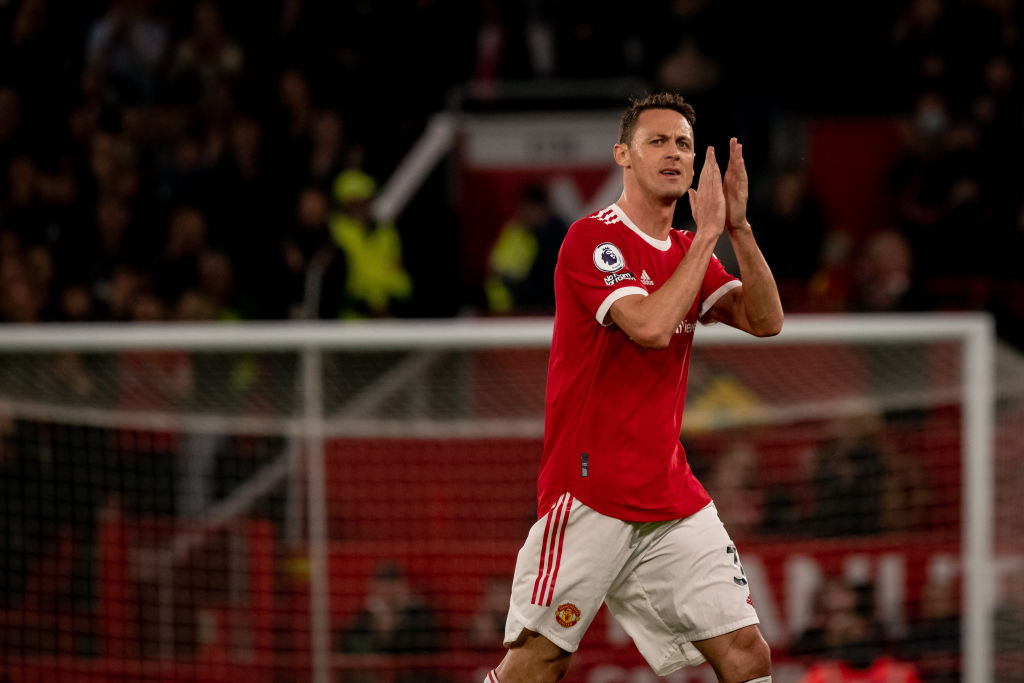 Matic was given a warm send-off during his last game at Old Trafford (Picture: Getty)

The former Serbia international joined United in 2017 from Chelsea but will leave the club when his contract expires at the end of the month.

Matic has already agreed a move to Roma where he will reunite with former boss Jose Mourinho having made 183 appearances for the Manchester club.

A number of high-profile players will leave United when their contracts expire including Edinson Cavani, Jesse Lingard, Juan Mata and Paul Pogba – with the latter’s departure being sensationally dissected in his Amazon documentary ‘The Pogmentary’.

While United could benefit from moving on players who are not part of ten Hag’s plans and have outstayed their welcome, former United stalwart Pallister suggests Matic could have still offered something next season.

‘Pogba was always going to leave on a free. I’ve not liked some of the comments that have been made around all that and what he has said in his documentary,’ Pallister told Metro.co.uk on behalf of Bookies Bonuses.

‘ The only one I would have maybe kept is Matic. I think he’s been a really good professional, I don’t think he’s ever let the team down, I wouldn’t have had any qualms over him being given another year contract. He is a very calm and cool player in that midfield area.

‘That is where we have been lacking and I don’t think he’s ever really let the side down. He’s possibly the only one from the players who have left this month that I would have maybe looked at and said ‘maybe one more year’.

‘I think he could have still done a job as a squad player but I think it was his decision to leave and find pastures new. I’m sure he would have known about the option of going back with Jose Mourinho at Roma.

‘And the fans gave him that respect. He has always been a terrific pro as with Juan Mata. He’s not always played the games he’d like to be always a very good professional.’

Pogba meanwhile will depart after a forgettable final season six years on from joining the club for £89million – which still stands as a club record fee.

The Frenchman’s second spell at Old Trafford will be regarded as a hugely disappointing one, with a Europa League and EFL Cup success the only silverware to show.

‘There is always a lot of baggage with Paul,’ Pallister said in assessing Pogba’s time at the club.

‘It’s been a difficult one, you know you’ve got a world class player on your hands there and I can’t help but feel the Premier League hasn’t suited him. He set games alight on …read more

I used my maternity leave to go backpacking with my newborn

Love Island spoilers: Davide Sanclimenti and Ekin-Su Cülcüloğlu could be back on as pair flirt outrageously after split

Teacher becomes a food waste hero after buying and distributing reduced price food and saving 60,000 items from being binned

At least 40 people found dead in back of abandoned lorry