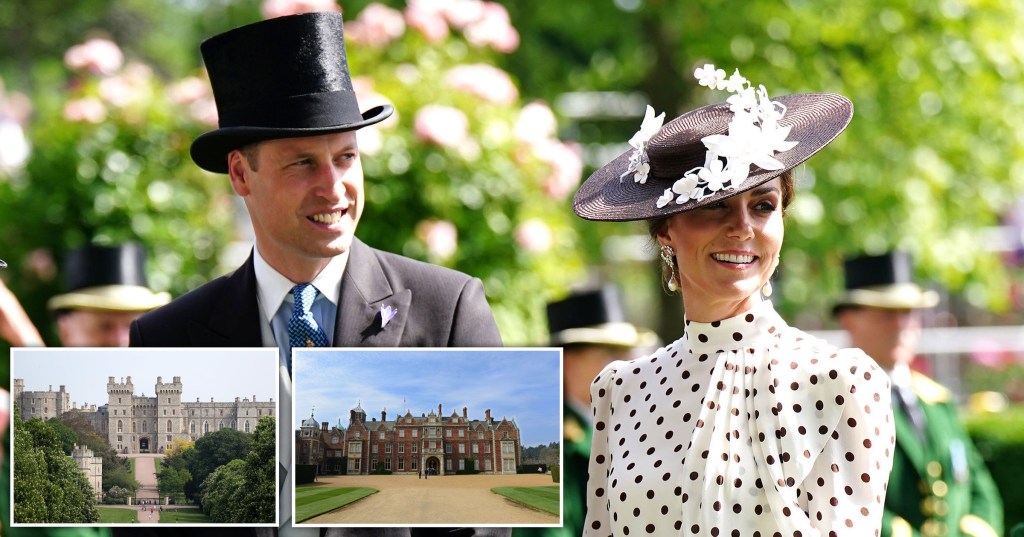 The joint party could either be at Windsor Castle or Sandringham (Picture: Getty Images / PA)

Prince William and Kate Middleton are set to host a joint 40th birthday party this summer after the Duchess’s plans were cancelled because of Covid.

The celebration will either be held at Windsor Castle or Sandringham in Norfolk.

Historic traditions often see royals collaborate their parties together and sources claim the Cambridges will ‘celebrate their landmark birthdays in style’.

The Queen is not expected to confirm her attendance until the actual day of the party, which isn’t known yet, because of her mobility issues, The Mirror reports.

Kate’s 40th unfortunately came at the same time as the Omicorn surge in January.

At the time, a source said: ‘There are likely to be low-key celebrations for the Duchess. She didn’t want anything flashy anyway – that’s not exactly her thing – but particularly given the current climate anything is likely to be scaled down.’

If the royals do descend on Windsor for the big party, it will be the same venue as for William’s 18th, Princess Anne’s 50th, Princess Margaret’s 70th and Prince Andrew’s 40th.

Kate could not celebrate her birthday properly back in January because of the pandemic (Picture: PA)
Windsor Castle could be a potential venue (Picture: Getty Images)
Another option is Sandringham (Picture: GC Images)

William will not be having his birthday marked by the flying of the Union flags.

The Queen and Prince Charles are the only royals to have Unions flags flying on government buildings to celebrate their birthdays.

It is reported this was done to save the honour of Prince Andrew because it was also stripped from William, Kate, Anne, Edward, Camilla and Sophie.

The government decision is believed to have been agreed upon by the Queen.

Stock Market: Suez Canal Update! Floating!
Sex card and boardgames for couples to get competitive in the bedroom

Love Island fans think they’ve worked out who’s been dumped from the villa after spotting clue – please don’t let it be Ekin-su!