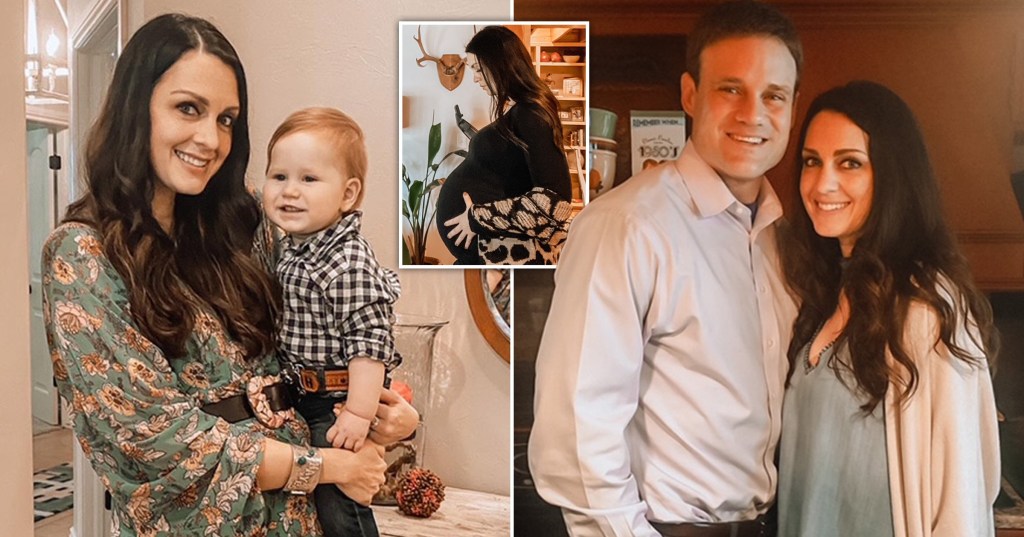 A widow has shared how she gave birth to her late husband’s baby 14 months after his death using frozen embryos.

And she is now trying for a second child using the same sperm sample.

Sarah Shellenberger, 41, a teacher from Oklahoma, US, sadly lost her husband Scott, 41, to a heart attack in February 2020.

Before his unexpected passing, the couple had struggled to conceive naturally and had undergone two rounds of IVF. During these treatments, two viable embryos were created and frozen.

She was able to fall pregnant with son Hayes using one of the embryos, welcoming him to the world in May 2021.

Now, Sarah is determined to give him a sibling using the second and final embryo. This was created just seven days before Scott died, on Valentine’s Day 2020.

The couple had struggled to conceive (Picture: Jam Press/Sarah Shellenberger)

‘I’ve dreamed about being a mum my whole life and can’t imagine not continuing our journey,’ Sarah, who shares her journey on Instagram (@TheWesternMomma) with her 10,000 followers, told NeedToKnow.online.

‘My husband and I struggled to get pregnant and wanted a family more than anything.

‘I am hoping and praying that this transfer is successful and brings our second miracle baby to our family.

‘In our eyes, our embryos are our children and it’s only right to do everything I can to bring our second baby home.

‘It would mean the world to give Hayes a sibling. I have a brother and know what a special relationship it can be. I want this for Hayes just as much, if not more, than I want it for myself.’

Sarah is having the embryo transfer on June 23 and will find out two weeks later if it was a success.

‘It’s very emotional, but also exciting,’ she explains. ‘I’m so thankful to have the hope of a second living piece of my husband on the horizon and know that he’s with me as Hayes and I carry on.

‘I know this is what Scott would want me to do and I firmly believe he’s doing everything he can from heaven to help make this possible.’

MORE : Ikea launches a catalogue of baby names inspired by its furniture

MORE : New mum gets stuck in Greece after going into labour six weeks early while on luxury ‘babymoon’

MORE : Mum shares tips to save money and occupy kids during summer holidays

Mom saves two girls, 12, from kidnapping after spotting a man following them on their bikes

Suspect review: Tales Of The Unexpected for The Killing generation