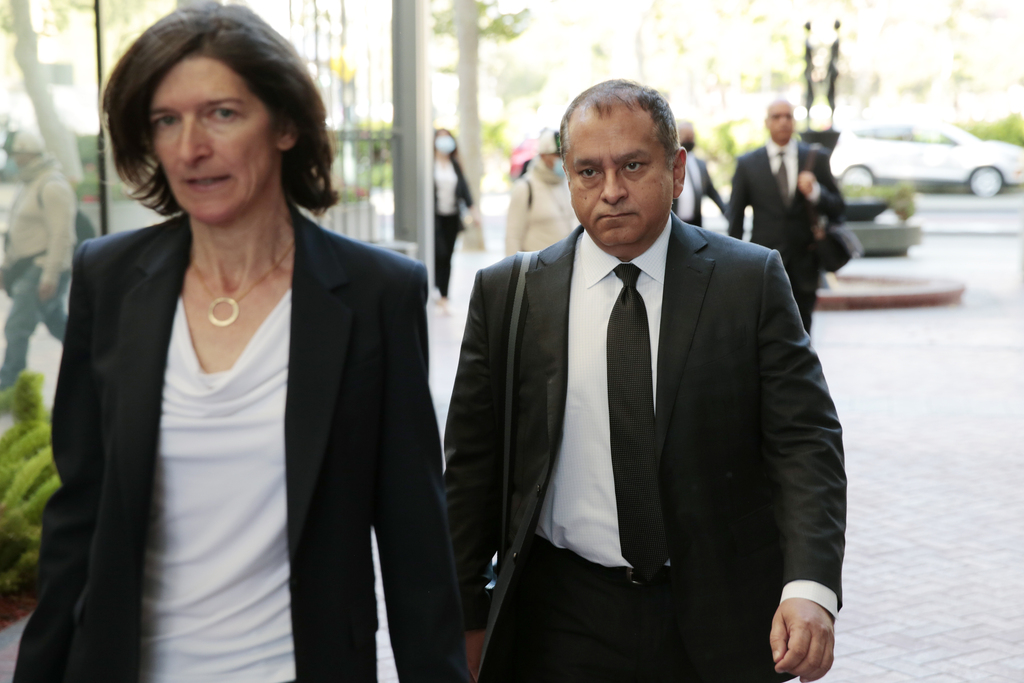 A jury on Tuesday is scheduled to hear closing arguments in the trial of Ramesh “Sunny” Balwani, the former Theranos official charged with teaming up with his secret lover, CEO Elizabeth Holmes, to carry out a massive fraud.

The three months of testimony and evidence mirrored the case against Holmes in a separate trial last year. Holmes was convicted on four counts of defrauding investors and acquitted on four counts alleging she had also deceived patients who submitted to Theranos blood tests. She is free on $500,000 bail but faces a potential prison sentence of up to 20 years. Balwani faces the same punishment if convicted.

Holmes, 38, is awaiting sentencing in September.

Lawyers for Balwani, 57, have depicted him as a well-intentioned investor and entrepreneur who became Theranos’ chief operating officer in 2010 and then was swept into the scam by Holmes. She later dumped him as her lover and business partner in 2016 as Theranos began to unravel.

Before that fissure, Balwani put up $15 million of his own money to help bolster Theranos when Holmes brought him on board as her top lieutenant while they were clandestinely living together. Balwani’s Theranos investment eventually became worth about $500 million on paper — a stake that his lawyers told jurors he never sold. It became worthless when the company collapsed.

Prosecutors, meanwhile, have portrayed Balwani as a ruthless accomplice who helped Holmes swindle investors. At one point, they charged, Balwani oversaw the Theranos lab that covered up serious flaws in a the company’s blood-testing technology thatcould have jeopardized the lives of patients.

Holmes’ bold claims for Theranos helped make her a Silicon Valley star — a rich one, too, with a paper fortune of $4.5 billion based on the company’s success in fundraising and brokering business deals based on Holmes’ promise that Theranos would revolutionize health care. Holmes boasted the company had developed a technology that could scan for more than 200 potential health problems with a few drops of blood taken with a finger prick.

Balwani began dating Holmes around the same time she started Theranos, and then began providing her business advice drawn from his previous success that included selling a technology startup that made him rich. Their relationship was a focal point of a Hulu TV series, “The Dropout,” about Holmes’ rise and fall that was released shortly before the trial began, complicating efforts to pick an unbiased jury.

During her trial, Holmes took the witness stand and at one point tearfully accused Balwani of being a domineering figure in her life who subjected her to emotional and sexual abuse. One of Balwani’s other attorneys vehemently denied those allegations during Holmes’ trial. Balwani’s lawyers have urged jurors in the current trial to discard anything they may have previously read or heard of Holmes’ allegations.

There had been speculation that that Holmes might return to court to testify against Balwani during his trial, but it never happened. Unlike Holmes, Balwani opted against testifying in his own defense during his trial.

3 Strategies We Need to Invest in to Stop Opioid Overdoses

California murder conviction overturned due to misuse of jailhouse informant