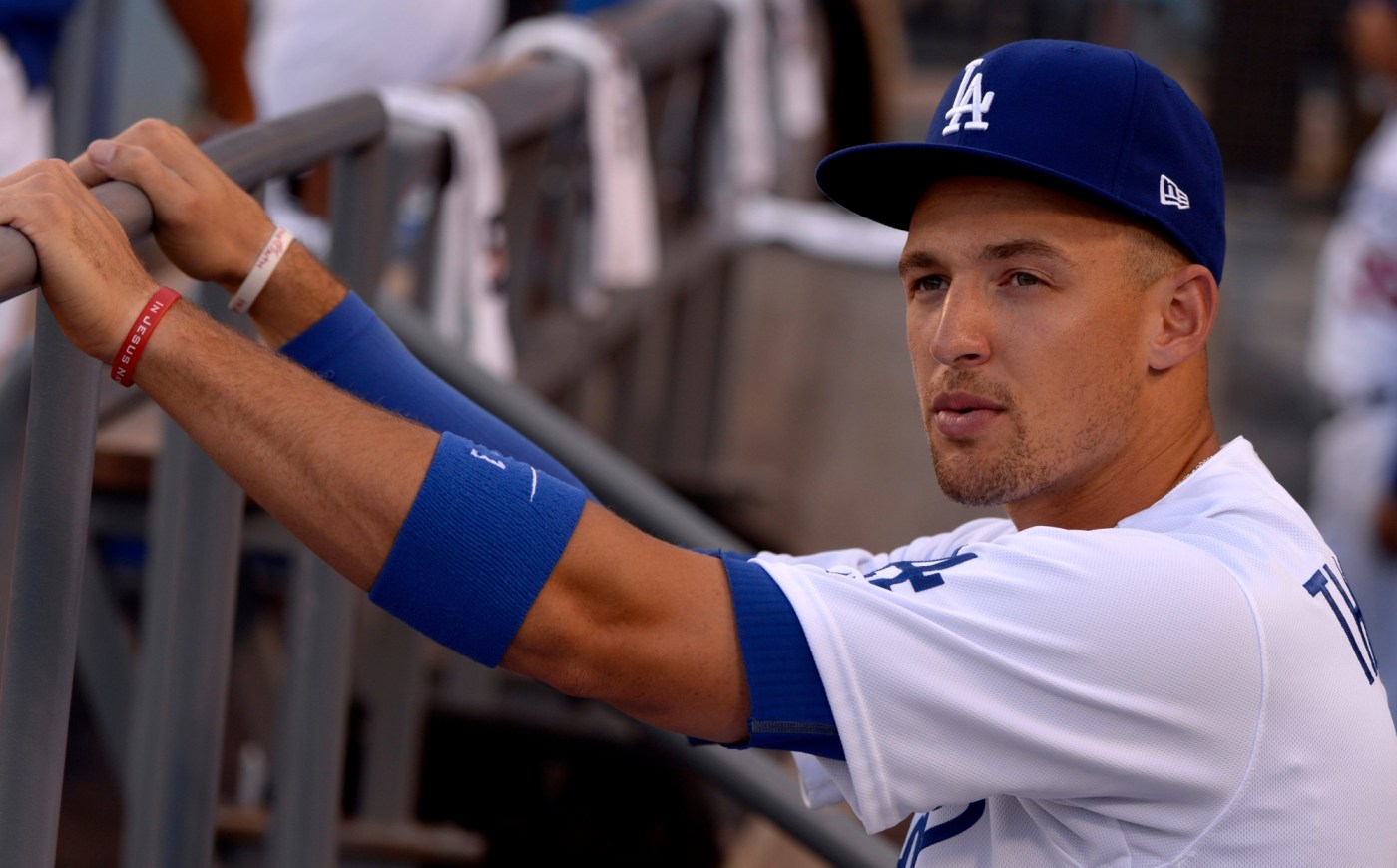 CINCINNATI — Trayce Thompson called it “a full-circle moment” returning to the Dodgers on Tuesday.

It was an awfully big circle.

After playing more than 100 games with the Dodgers in 2016 and 2017 (and recovering from a back injury), the outfielder was designated for assignment by the team the following spring. Since then, he has gone through eight organizations – from the New York Yankees to the Oakland A’s to the Chicago White Sox to the then-Cleveland Indians to the Arizona Diamondbacks to the Chicago Cubs to the Padres and the Detroit Tigers. He spent 2019 in Triple-A and didn’t play at all in 2020 (there was no minor-league season), resurfacing in the majors for all of 21 games in 2021 (with the Cubs) and 2022 (with the Padres).

The last place he expected to end up was back in a Dodgers uniform.

“It’s been crazy. I believe everything happens for a reason so it’s not like I have any regrets or ill will towards anything,” Thompson said after being acquired from the Tigers (for whom he was playing in Triple-A). “But it certainly was something I didn’t foresee when I first came here.

“I feel like Andrew (Friedman) and these guys have always known what I’m capable of. The last couple years I’ve made some good baseball judgments and this year it’s kind of come to fruition. So for them to take notice of me means a lot and obviously for them to bring me along just means a lot. I just want to prove them right and prove myself right to everybody.”

In 41 games at Triple-A for the Tigers and Padres this season, Thompson was hitting .305 with 17 home runs and a 1.086 OPS. Dodgers manager Dave Roberts said the right-handed Thompson and left-handed Eddy Alvarez will essentially platoon in right field during Mookie Betts’ absence with a cracked rib.

The Dodgers are hopeful Betts will be able to return in just a couple of weeks or so. For Thompson and Alvarez, that could be a clock ticking in the back of their minds with playing time – or major-league time – set to expire.

“I’ve been through too much to look over my shoulder,” Thompson said. “I’m just here to appreciate the moment, appreciate today. I’m not in the lineup today, but I’ll be ready to contribute whenever my name is called. I’ll try to take it one day at a time and do whatever I can to be prepared to help this team win a baseball game tonight.”

As part of their maneuvers to add Thompson and cut down to the required 13 pitchers on the active roster, the Dodgers moved Walker Buehler to the 60-day injured list and placed Caleb Ferguson on the IL with forearm tendinitis.

Ferguson said his forearm has been “a little sore” since the series in San Francisco over a week ago. The lefty reliever has pitched just once since then, retiring both batters he faced last Tuesday against the Angels.

Stock Market: Suez Canal Update! Floating!
Why There’s a Chance We Heard From Aliens Back in 1977