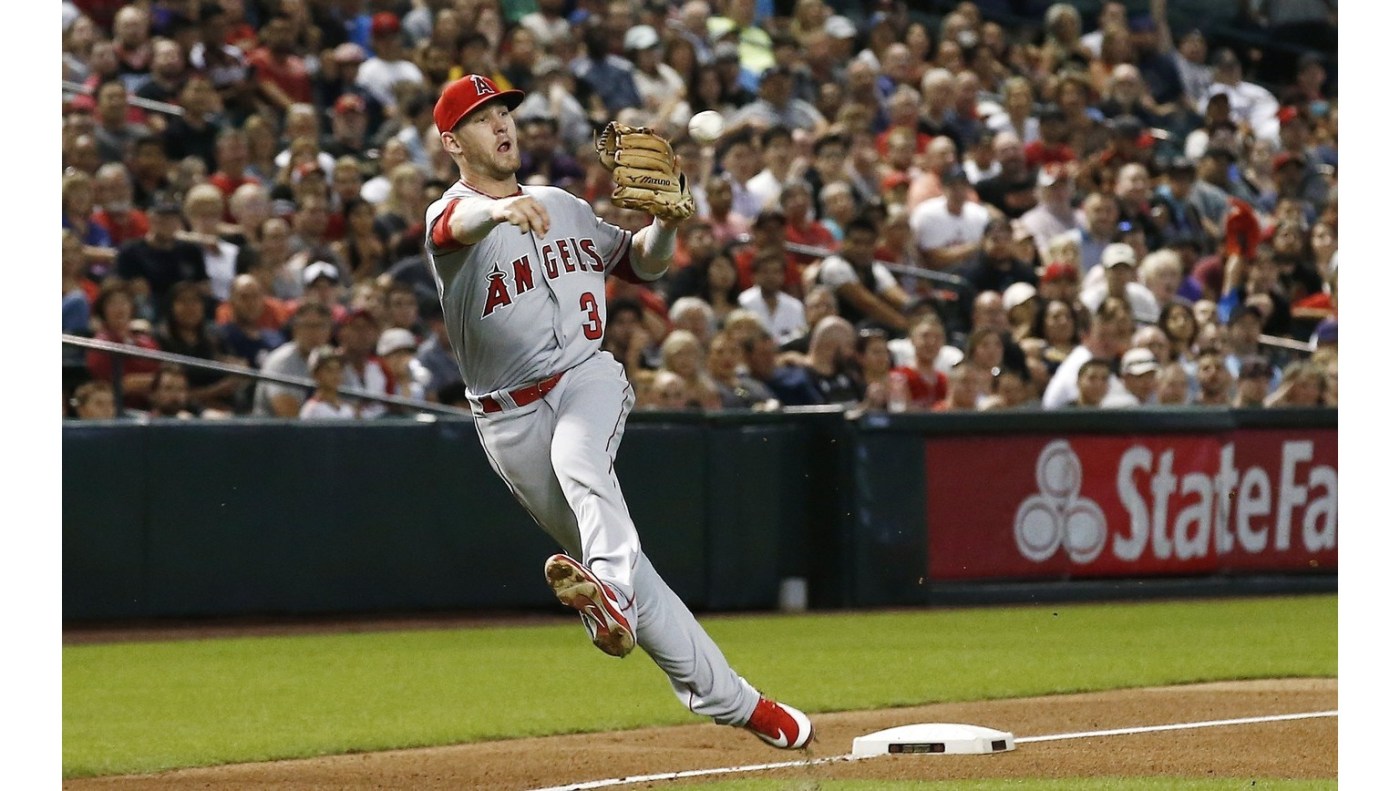 ANAHEIM — Taylor Ward played third base when he came to the majors in 2018 and again in 2019, so there’s been a question of whether the Angels outfielder could go back to that position now that third baseman Anthony Rendon is out for the season.

That question was answered with a resounding no on Monday.

Ward said he hasn’t worked out at third in years. The few ground balls he took in the infield during spring training were at first.

“I feel like I help the team better in the outfield,” Ward said. “I feel I’m way better out there. I’m open to any discussion they have, but I love right field. I love the outfield.”

Ward struggled defensively at third in the majors, which is why the Angels moved him to the outfield, where he has been much better.

“He’s one of the best right fielders in the game,” Nevin said. “He’s been moved around his entire career and you know, in an emergency, I know he can do things, but Taylor’s at leadoff and he’s going play right field and we feel really good about that. He’s bounced around a lot in his career, position-wise, and right now with the sense of comfort in right field, we would like to keep him there.”

General Manager Perry Minasian, who addressed a variety of topics with the media on Monday, said the front office would look outside the organization to find help, just as it does for all positions all the time.

The internal options at third also include Tyler Wade and Luis Rengifo.

The trade deadline is Aug. 2 this year, and Minasian said any trade discussions would likely gain steam closer to that date.

Outfielder Jo Adell had a brief stint in his second trip to the big leagues during the Angels’ last homestand. Minasian said he’s been impressed that Adell continues to make progress.

“I think (he’s improved at) base running, defense, offense,” Minasian said. “He’s a really young player. I think for him just to continue to get everyday at-bats was really important. He’s going down there and he’s had the right attitude. That’s what really impressive. We’ve all seen certain players in the past who go up and go down and can take a certain type of attitude to Triple-A. They might not necessarily perform or work the way they should and he’s been the exact opposite. He’s been awesome. It’s a testament to him and his makeup.”

Serena Williams puts ‘Out of office’ on for Wimbledon return