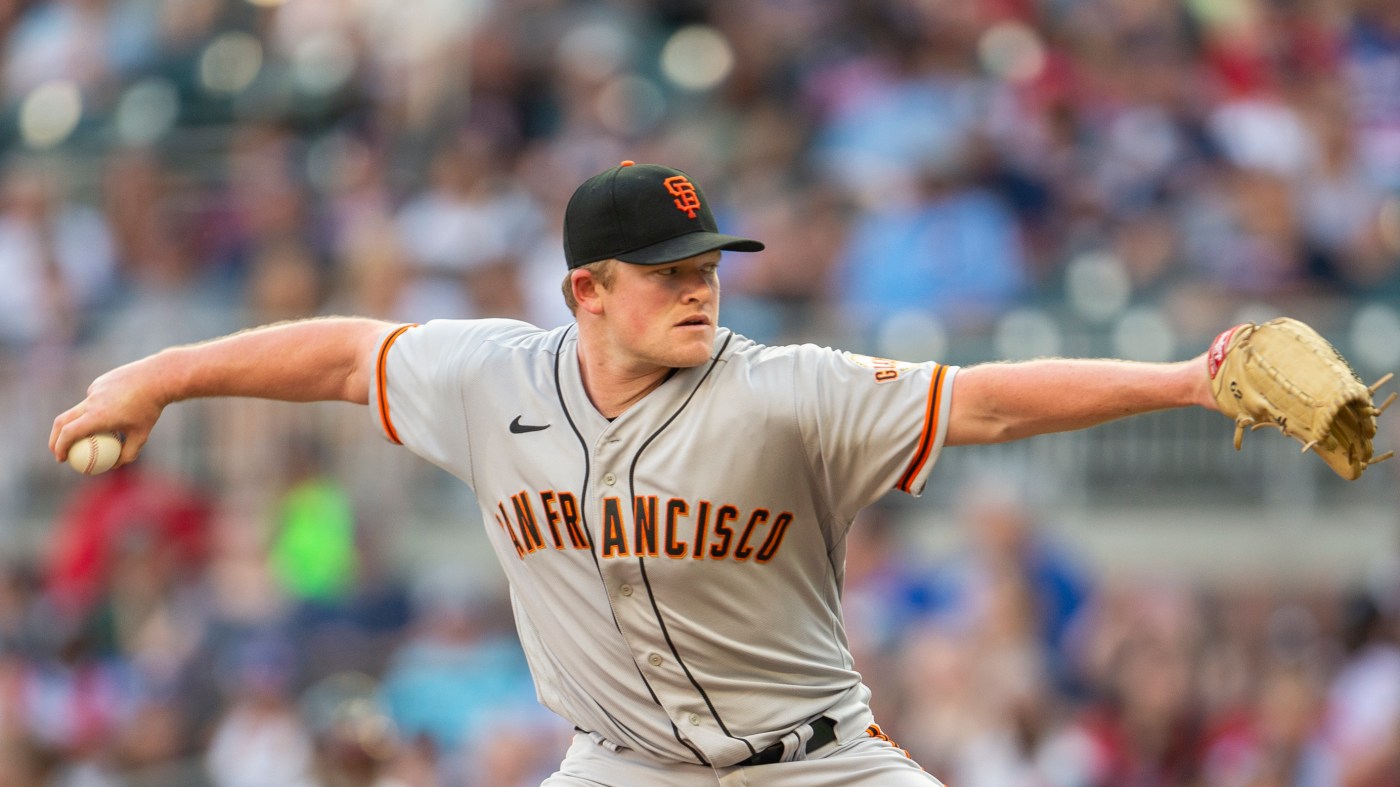 ATLANTA — There was good reason to circle this series on the calendar. The defending World Series champions. The 107-win team that missed out on its chance to dethrone them in the playoffs. Even a pregame ring ceremony for the player who switched sides in the offseason.

Adding to the reasons to tune in, the Giants and Braves have also been the National League’s hottest teams since the calendar turned to June. Despite early season stumbles, both teams entered Monday’s series opener nine games over .500.

Safe to say, their first of seven eventual showdowns lived up to the billing, a 2-1 walkoff loss to Atlanta that wasn’t decided until Orlando Arcia’s two-out, ninth-inning single off Camilo Doval. Matt Olson, who reached on a walk to lead off the inning, raced home from the second base and just beat Joc Pederson’s throw from left field.

Staff aces Logan Webb and Max Fried traded zeros almost all game, but it still ended with only the Giants’ 10th loss in the past 40 games with Webb on the mound, which had been the best winning percentage of any team in baseball behind any starter.

Webb delivered another gem — Travis d’Arnaud’s second-inning solo blast accounted for the only run he’s allowed over his past 15⅔ innings — but the Giants’ offense was equally flummoxed by Fried.

It wasn’t until the eighth that the Giants mounted any serious scoring threat. By then, Fried had thrown 95 pitches, and he would be done by No. 102, setting up a critical bullpen decision by Atlanta manager Brian Snitker.

In the first three batters of the eighth, the Giants had nearly as many men reach base (three) as they did for the first seven innings (four), loading the bases with no outs and forcing Fried from the game. They trailed 1-0, with the tying run 90 feet away.

Rather than bring in a right-hander that would have likely set up pinch-hit matchups with the Giants’ left-handed bats waiting in the wings — Joc Pederson, who delivered so many clutch hits here for home team last year, among them — Snitker opted for former San Francisco left-hander Will Smith, who allowed the game-tying hit, anyway.

The rally was started by Luis González, who laid down a bunt base hit to lead off the inning, then scored the Giants’ first run of the game on a bases-loaded single by Austin Slater, who came to the plate instead of Pederson because the Braves stuck with the lefty.

Pederson got his chance — and a standing ovation as he stepped to the plate — in the ninth, pinch-hitting against closer Kenley Jansen as the Giants cleared their bench against one of the toughest relievers in the game. He singled and reached third base on a piece of aggressive base running on a single to center from González, but it went to waste as Thairo Estrada and Brandon Crawford struck out to end the inning.

Crowds are drawn to the 7th Annual Valley Pride Day to laugh, to eat, to visit, to remember

She’s 22 and 4 Weeks Pregnant. Is Mexico Her Best Option?

COVID hospitalizations are back over 700 in LA County