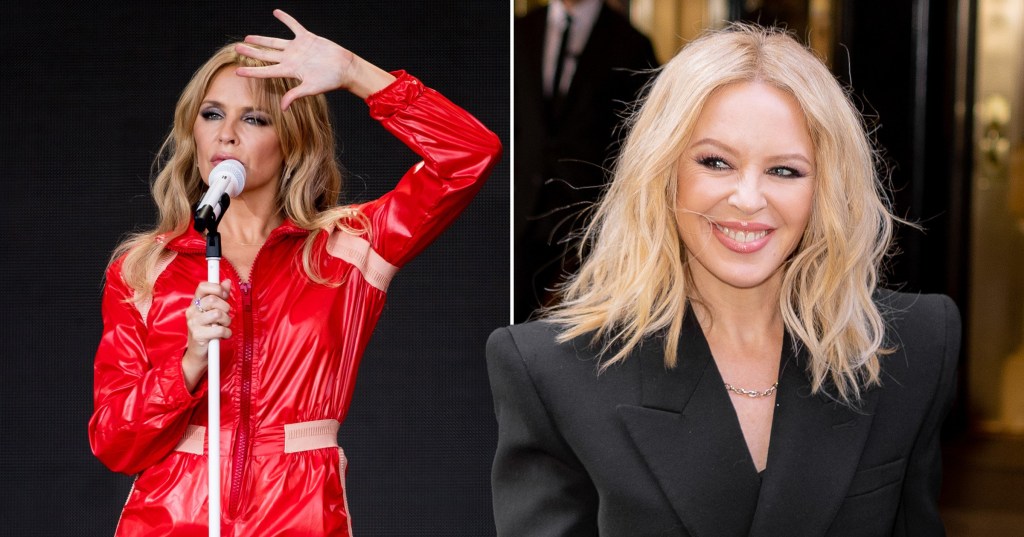 Glastonbury Festival 2022 is fast approaching but Kylie Minogue is still reminiscing over her unforgettable 2019 set.

The Australian pop icon gave us all a performance to remember at the last Glasto, since the event has been cancelled for the past two years due to the pandemic.

Kylie’s all-singing, all-dancing set was a moment for Glastonbury history books as she took to the stage in the legends slot to delight the crowd with her biggest hits.

It was the first time the pint sized singer returned to Glastonbury since she was forced to pull out in 2005 due to her cancer diagnosis.

Kylie’s finally got to grace the stage, 14 years later and her performance included multiple costume changes, backing dancers and duets with Nick Cave and Chris Martin.

Reflecting on her performance, Kylie said she needs ‘pinching’ even today.

The Aussie pop queen wowed everyone with an iconic performance in 2019 (Picture: James McCauley/REX/Shutterstock)

Sharing a video of her singing Can’t Get You Out Of My Head, she wrote: It was one of the most amazing moments of my life to perform on the 2019 @glastonbury ‘Legend’ stage. Pinch me!!!!’

She added: ‘I hope everyone has the most amazing time this year! #Glastonbury2022’.

Fans were quick to praise Kylie’s iconic performance, with one branding it ‘the best Glastonbury set ever’.

‘Gives me chills every time I watch it. Your joy and happiness of the moment radiates from the performance’, one person replied.

‘You were phenomenal! Let’s do it again!’, another tweeted.

It was one of the most amazing moments of my life to perform on the 2019 @glastonbury âLegendâ stage. Pinch me!!!! ð I hope everyone has the most amazing time this year! #Glastonbury2022 pic.twitter.com/LqXGPqPI5M

Despite Kylie’s fans vowing to celebrate her Glasto set for years to come, the I Should Be So Lucky singer actually wasn’t too pleased with her performance after coming off stage.

Remembering her initial reaction to her performance in 2019, the pop star – whose career spans four decades – struggled to understand why everyone was such a big fan, telling GQ: ‘My reaction was so at odds with the response and the reception it got.’

She continued: ‘I’ve always been so hypercritical [and] I hadn’t done it was well as I wanted.

‘Was this supposed to be the pinnacle of my career? It’s not good enough. I’m better than that.’

Kylie was critical of her performance after coming off stage, but has learnt to look back fondly now (Picture: WireImage)

Thankfully, she was later able to look back on it more fondly, telling the outlet in September that year: ‘I mean, I am fine now,’ she said, adding: ‘Sort of.’

She said: ‘I guess I had to go through that, watch it, look at it objectively and get that out of my system. It …read more

‘After my daughter’s suicide, I had to do something to help other families like us’