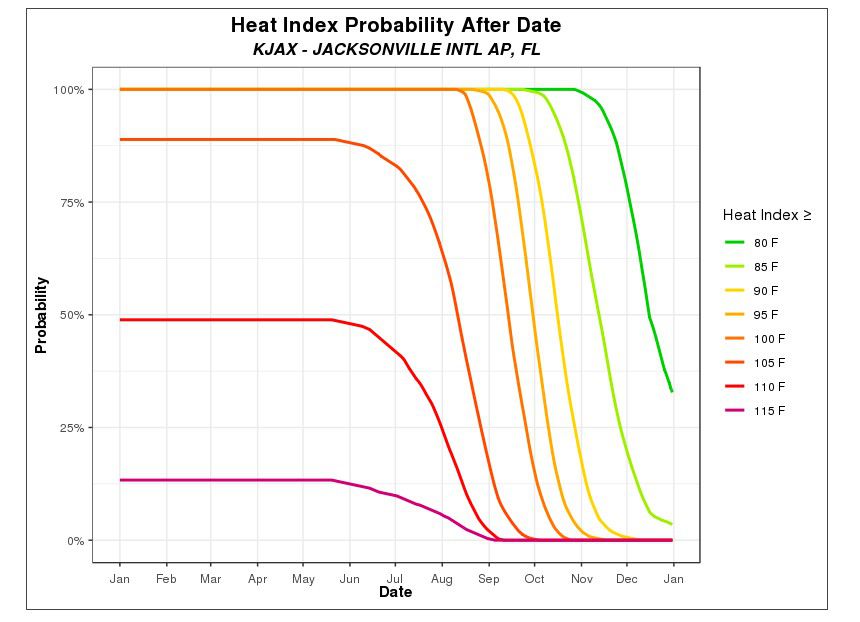 Summer begins today, June 21,  and the hot temperatures this week remind you the season is here even without looking at the calendar.

This Thursday, extreme 100-degree heat is expected in Jacksonville which is something the city has not seen in five years.

Meteorological summer is the hottest time of the year from June through August and looking at weather records for Jacksonville shows July is the most brutal when it comes to heat.

For example, the hottest day ever recorded in the city was 105° set in July of 1942 before records were moved out to Jacksonville International Airport.

But sometimes the heat hits earlier as it did on May 21, 1938. That date marked the earliest reading in the year over 100 degrees. There were only two other times with triple digits in May including the most recent on the 27th of 2019.

The hottest summers in Jacksonville based on average high temperatures occurred in:

So while today marks the start of astronomical summer and the longest day of the year, the heat usually breaks when average highs dip into the upper 80s in September, well before the end of the official summer season.

4-hour docuseries on The Rolling Stones to air on EPIX

Marc Jacobs finds his Nietzsche at the NY Public Library