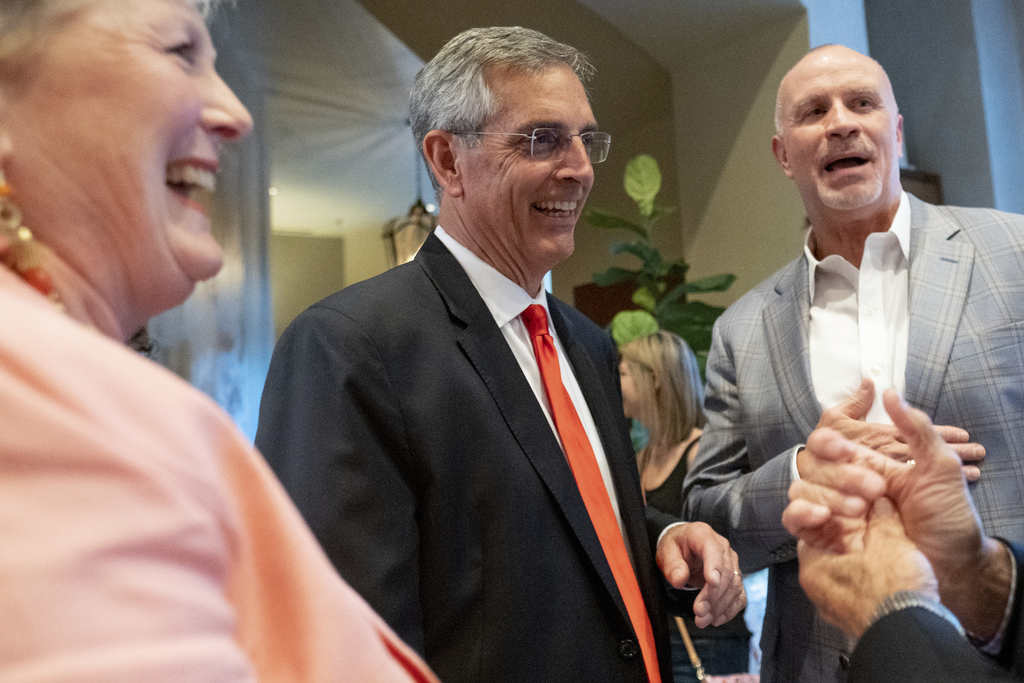 Georgia Secretary of State Brad Raffensperger is set to testify Tuesday at the House Jan. 6 committee about the extraordinary pressure he faced from former President Donald Trump to “find 11,780” votes that could flip the state to prevent Joe Biden’s election victory.

Raffensperger, along with his deputy Gabe Sterling and Arizona’s state House Speaker Rusty Bowers, are scheduled to be the key witnesses when the House committee investigating the Jan. 6, 2021 insurrection resumes on Tuesday.

The focus will be on how the former president and his allies vigorously pressured officials in key battleground states with schemes to reject ballots or entire state tallies to upend the results of the 2020 presidential election.

Additionally, the panel will underscore how Trump knew his unrelenting pressure campaign could potentially cause violence against state and local officials and their families but pursued it anyway, according to a select committee aide.

“We will show courageous state officials who stood up and said they wouldn’t go along with this plan to either call legislatures back into session or decertify the results for Joe Biden,” Rep. Adam Schiff, D-Calif., one of the Democratic members of the committee, told CNN on Sunday.

The hearing, the fourth by the panel this month, is the latest effort to delve into Trump’s unprecedented attempt to remain in power, a sprawling scheme that the chairman of the Jan. 6 committee has likened to an “attempted coup.” The committee will review how Trump leaned on Raffensperger to invalidate ballots that voters had cast for Biden. And then he tapped state legislators in Arizona, Michigan, Pennsylvania and other disputed states to reject the election results from their own voters.

While the committee cannot charge Trump with any crimes, the Justice Department is watching the panel’s work closely. Trump’s actions in Georgia are also the subject of a grand jury investigation, with the district attorney expected to announce findings this year.

Raffensperger, Georgia’s top election official, rebuffed Trump’s request that he “find” enough votes to overturn Biden’s win in the state — a request caught on tape during a phone call days before the Jan. 6 attack.

During the call, Trump repeatedly cited disproven claims of fraud and raised the prospect of a “criminal offense” if Georgia officials did not change the vote count. The state had counted its votes three times before certifying Biden’s win by a 11,779 margin.

Sterling, Raffensperger’s chief operating officer, became a notable figure in Georgia’s long post-election counting, and recounting, of the presidential ballots, with his regular updates often broadcast live to a divided nation. At one point, the mild-spoken Republican implored Americans to tone down the heated rhetoric.

Bowers is expected to discuss the pressure he faced to overturn Arizona’s results — requests from Trump advisers the Republican state leader on Monday called “juvenile.”

In an interview with The Associated Press after arriving in Washington ahead of the hearing, Bowers said he is expected to be asked …read more