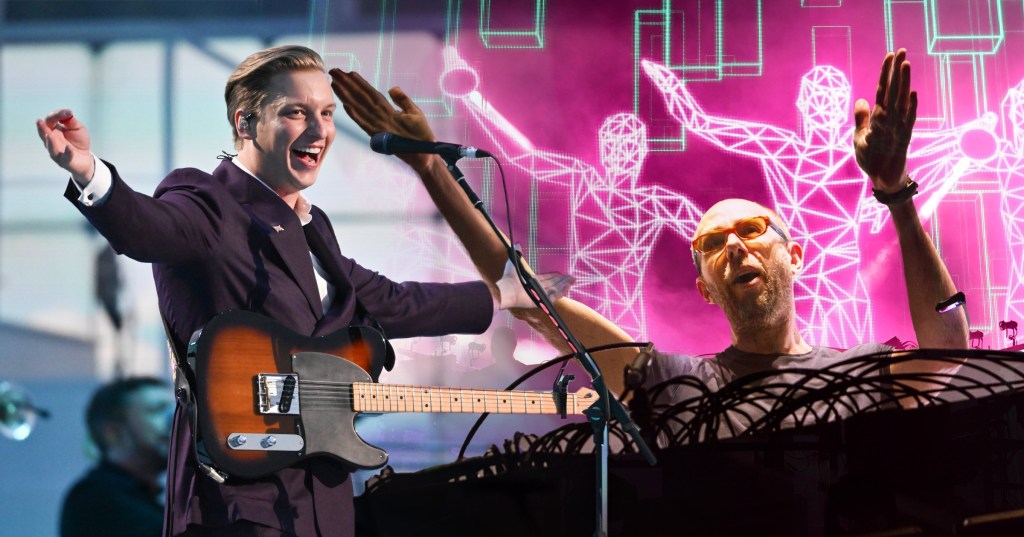 George Ezra expected to rock one of the stages in a ‘secret slot’ at Glasto this weekend (Picture: Getty)

With only a few days until Glastonbury 2022 kicks off, word on Worthy Farm is that George Ezra is said to have signed up to play a secret set at this year’s festival, same goes for Chemical Brothers.

When it comes to George, a sign from Worthy Farm, where the festival is famously held, revealed that ‘Gold Rush Kid’ is confirmed for an appearance on the John Peel Stage from 2pm on Sunday June 26.

The sign is so much more than ‘a sign’ and has excited the singer’s fans and led to them speculating that he will be performing in one of the festival’s secret slots, seeing as Gold Rush Kid is the title of his recently released album.

He is already confirmed to play Friday night’s Tinderbox Festival in Denmark, which leaves two nights open for a potential slot at Worthy Farm…

George, who played to a packed audience on Glasto’s Pyramid Stage in June 2019, ahead of Stormzy’s headline slot, also featured in Glastonbury’s Live at Worthy Farm live stream event in May 2021.

The name of the star’s new album was a big clue for fans specualting about his possible Glastonbury 2022 performance (Picture: Getty)

But George, who recently had to clarify one of his track Green Green Grass from his new album is ‘not a funeral manifesto’ isn’t the only potentail surprise act.

Rumours are also swirling that The Chemical Brothers could be set to fill the 11pm ‘TBA’ slot at Arcadia with a DJ set on June 24.

The pair, who headlined The Other Stage in 2019, shared an Instagram post last week which featured the caption: ‘Intense rehearsals completed. Brand new intense show. We’re ready for the summer, see you in a field soon.’

The Chemical Brothers, the band’s Tom Rowlands pictured, is rumoured to have signed up to perform at Glasto’s The Other Stage (Picture: Roberto Ricciuti/Redferns)

And, again, more names have been kicking around the rumour mill with a load of potential Glasto acts in the country at the minute.

Harry is currently on his Love On Tour…er, tour in the UK and after playing a packed Wembley in London earlier this week it wouldn’t be totally out of the question for the man to hop a golf buggy to Worthy Farm for a surprise singalong, would it?

Could we see Harry on the Glasto stage? (Picture: Joseph Okpako/WireImage)

Rumours are already swirling online he could join Billie Eilish on stage on Friday night, with the singer not due back on his tour ’til Hamburg on June 26.

Give the people what they want, Harry!

The punk legends are in town for their Hella Mega tour and, surprisingly, have never played Glasto.

This is an absolute travesty and something …read more

Stock Market: Suez Canal Update! Floating!
Waistcoats are the unexpected womenswear star of 2022 – here are the best ones to buy

Couple sued by neighbours for ‘stealing 3ft of their garden’