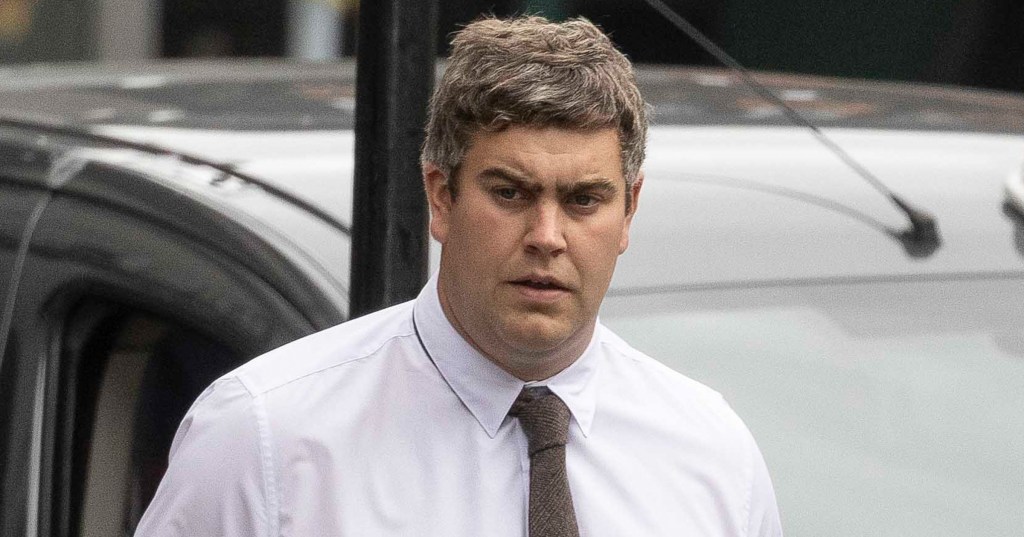 Raymond Lamb, 31, insisted he had done everything possible to make sure the trailer was safely attached (Picture: Newsline Media)

A ‘remorseless’ farmer has been told to prepare for jail after his runaway trailer killed a ‘loving’ mum of two.

Yvonne Lumsden, 35, was driving home from a holiday in London with her husband Stuart and their two daughters, aged four and six, in July 2019.

The family, from the town of Peterhead, in Aberdeenshire, Scotland, were on the A948 near Ellon when Raymond Lamb’s trailer detached from the car he was driving on the opposite side of the road.

The chaos caused a crash and Yvonne was tragically killed.

Farmer Lamb, from Maud in Aberdeenshire, previously denied wrongdoing, insisting he had done everything he could to make sure the trailer was secure.

But the 31-year-old was found guilty of death by dangerous driving and of causing death while driving without insurance.

The judge told Lamb: ‘It was an act of gross negligence and a huge loss to the Lumsden family. The sentence must reflect that.’

Teacher Yvonne Lumsden left behind her husband, their two daughters and her pupils (Picture: Cascade News)

After the verdict, Stuart said: ‘I’m delighted — I’m so happy; I feel I have closure today.

‘I knew straight away at the scene of the crash that he hadn’t put the trailer on properly — I knew then and there. I’m glad that the jury have come to the same conclusion.

‘I can’t wait to go and tell the girls the good news. I can sit down and explain it with them; that the individual who was responsible for the death of their mother has been found guilty.

‘The main thing is knowing that justice has been served, at the end of the day. That’s the most important thing.

‘[Lamb] has shown no remorse and I have had no apology. Maybe one day he will realise what he’s done wrong.

‘I know he had a young child now, and if he is jailed at least he will be able to come out and see his child again. Yvonne won’t be able to see her children growing up.’

The mourning husband said Yvonne was ‘a loving mother and a great wife’ who had ‘time for everybody and anybody’.

‘She was just a stand-up caring individual,’ he added.

Lamb has been released on bail until he is sentenced at Glasgow’s High Court on July 26.

Taraji P Henson ‘really considering’ leaving America after being ‘tired of fighting’: ‘I want to go where there is neutral ground’