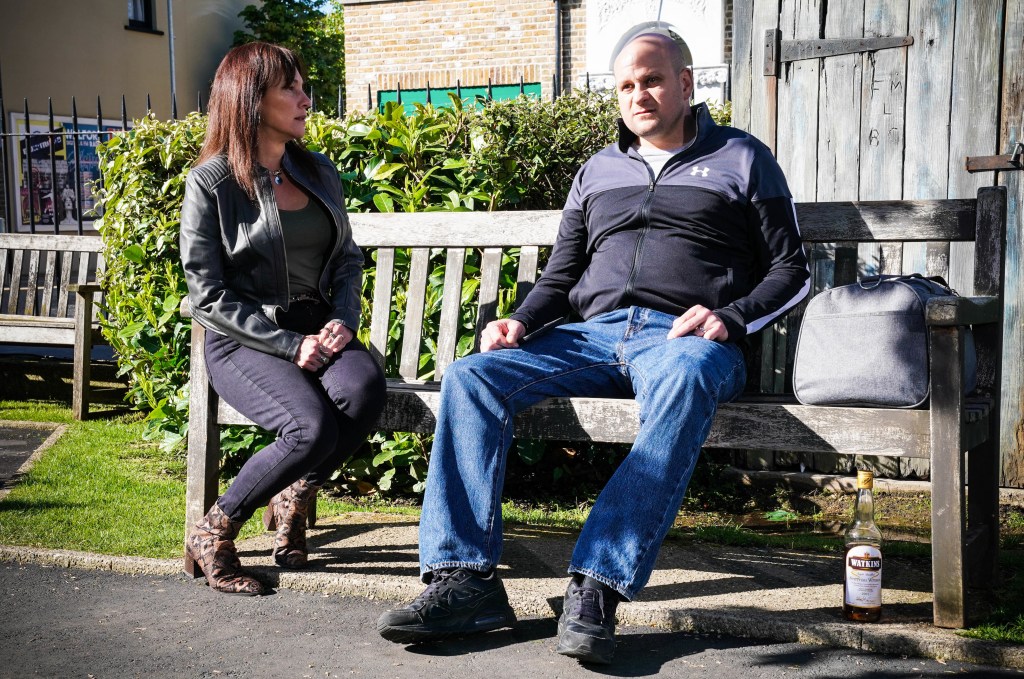 As Stuart Highway (Ricky Champ) continues to struggle with his post-natal depression in EastEnders, he chooses to dump Rainie (Tanya Franks).

Tomorrow night, Rainie prepares for the social worker’s visit to discuss the parental order but panics when Stuart fails to show up.

With help from Callum (Tony Clay) and Vi (Gwen Taylor), Stuart attends the meeting but he quickly feels overwhelmed and ushers the social worker out.

Unaware of how to help Stuart, Rainie watches with horror as he takes baby Roland back to Bernie (Clair Norris), telling her that he doesn’t want him anymore.

With Bernie still looking after Roland, she decides to tell Rainie that she can have him back but on one condition – she dumps Stuart.

Later on, Stuart tells Rainie that he’s ending things between them as she deserves to have Roland.

Who is shot in terrifying EastEnders gun siege?

The next day, Stuart packs his things and leaves, realising his relationship with Rainie has come to an end.

But is this really it?

We know Ricky Champ is set to leave EastEnders – is this his exit?

Or will Stuart change his mind about dumping Rainie?

Woman shares ‘stay-at-home-girlfriend’ dating rules, including never paying for meals or pouring her own wine