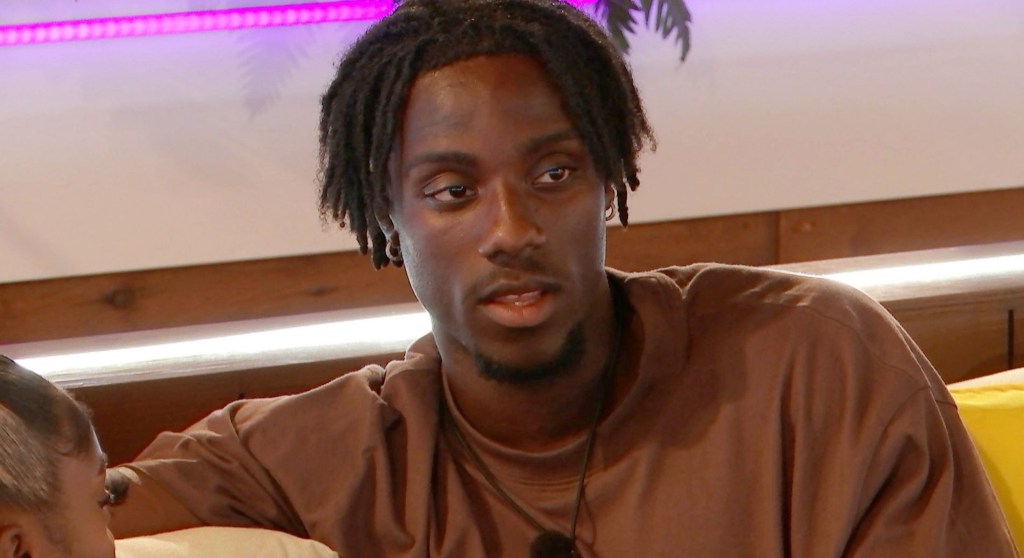 Sounds like Ikenna is Team Damiyah all the way (Picture: ITV/Rex/Shutterstock)

Dumped Love Island star Ikenna Ekwonna has shared how ‘happy’ he feels for Indiyah Polack and Dami Hope – despite having previously wanted to stay matched with Indiyah in a romantic couple.

On tonight’s episode, it was revealed that Ikenna and Amber Beckford had been sent home after landing bottom in the public vote.

This meant that Indiyah and Dami had been left single in the villa… giving them more freedom to explore the spark growing between them.

After his exit, Ikenna said that he believes Indiyah’s next step will be spending more time with Dami ‘and seeing where that takes them both’ – and he sounds incredibly supportive of their potential relationship.

Ikenna was still keen for romance with Indiyah when she called time on them as a couple (Picture: ITV)
Dami and Indiyah have quickly formed a strong connection (Picture: ITV)

He also said that he would ‘definitely’ spend time with Indiyah and Dami if they left the villa as a couple, insisting that he doesn’t ‘hold grudges’.

Nonetheless, he did admit that the decision to remain friends was down to Indiyah, as he still viewed her in a romantic light as their partnership fizzled out.

‘Initially I did want to stay coupled up with her romantically. She was the one who suggested it [being friends],’ he recalled.

‘I thought OK, maybe that is something we should think about. Then in the end that’s what happened.’

Amber and Dami were originally coupled up by the public at the start of the series (Picture: ITV/Rex/Shutterstock)

Following Amber’s departure alongside Ikenna, the people running her social media profiles published a statement calling out the vile and derogatory comments that have been targeted at her online and revealing they were deactivating her Twitter account.

‘Hey all, Ambers [sic] time in the villa has come to an end. We have received some lovely comments & messages and thank you from the bottom of our hearts,’ they wrote.

‘However as most of you are probably aware of some of the vile tweets, messages and post’s [sic] that are being written about Amber. As Amber’s family and friends this has been extremely hard to see and sometimes sickening.’

They continued, saying they had ‘unfortunately decided to deactivate Amber’s twitter before her arrival home to protect her mental well-being’.

‘This is a decision that has been made by Amber’s close friends and family as it has been extremely for her family and friends to see, and we still want to make this an exciting time for Amber; not a negative one,’ they said.

Was Kim Kardashian victim of ‘filter glitch’ in Jimmy Fallon clip? An investigation

New York has (Bronx) bombers; we have bummers