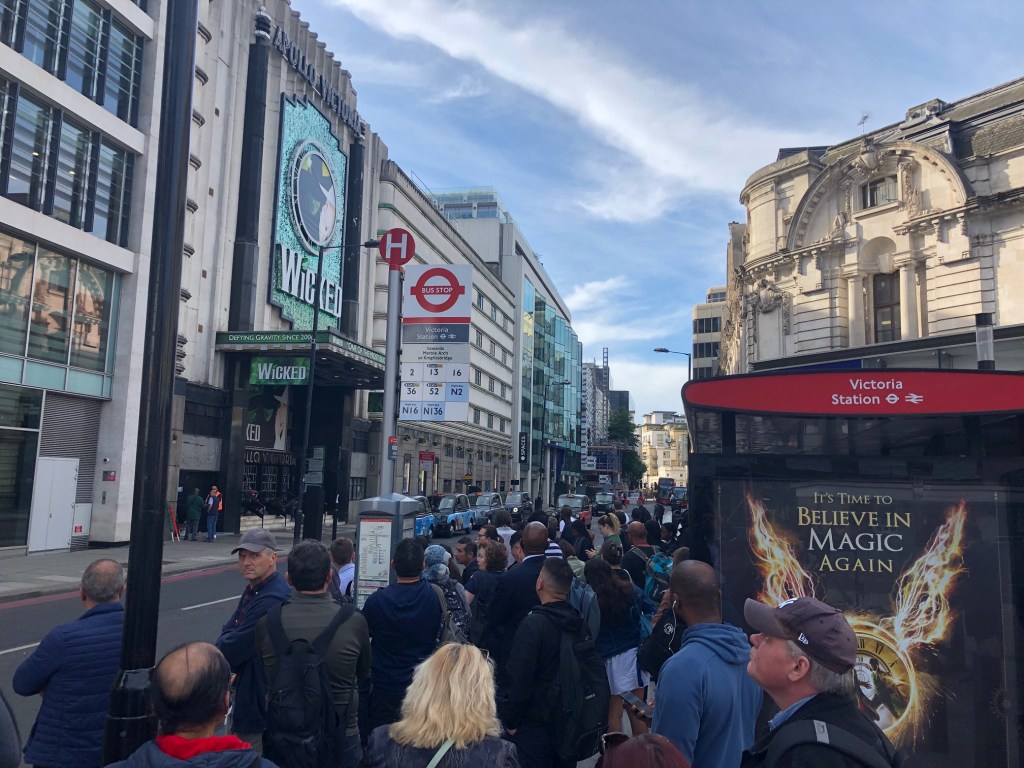 There was a mix of sympathy and scorn among travellers at central London’s busiest train station this morning as the UK’s biggest rail strike in a generation got underway.

Early in the day, at first it almost seemed like a new lockdown had suddenly been introduced. The usually bustling concourse, lively bus stops and crammed pavements were instead eerily quiet – except for a handful of tabard-wearing station staff eagerly approaching anyone who would listen to offer travel advice.

But as the sun sleepily rose and peaked above the imposing architecture of Victoria Station in Westminster, commuters, confused tourists and a few weary early-riser travellers started to slowly flood in.

Today’s strike is expected to be the most disruptive of the lot this week. Not only are most rail services affected, but a separate Tube strike is also taking place for 24 hours.

And while the gates to the Underground were firmly locked, the concourse and its mix of croissant and coffee outlets were open as usual, with a small number of trains chugging in and out of the station.

There were a handful of people still milling about and almost all copies of Metro in the station’s bins had already been snapped up by 8am – you’ve got to be quick, even when there’s a strike.

But it was the buses outside that came to the rescue for most travellers – with long queues soon forming at the stops by the station’s main entrance as people desperately tried to cram on and get to work.

Commuters were full of praise for the steady stream of bus drivers pulling up and ushering everyone aboard with minimal fuss – with most people managing to get on board despite the long lines.

Among them was secondary school worker Andrea Morales, 30, who was attempting the journey from her home in nearby Pimlico to St John’s Wood.

‘Usually I get the Tube and my journey takes about 10 to 15 minutes but today I’m catching the bus and it’ll probably be an hour or so to get into work. I’m grateful for the buses,’ she told me.

‘But after the last strike I’m starting to get used to it now. It does have an impact but I do have some sympathy with the rail staff, I understand why they are doing this.’

This week sees many pupils at secondary schools take their GCSE exams. I asked her if she was worried the strike would have an impact on them.

She said: ‘The strike is causing disruption, not only to members of staff at my …read more

Woman claimed she was bedridden to con more than £620,000 out of council