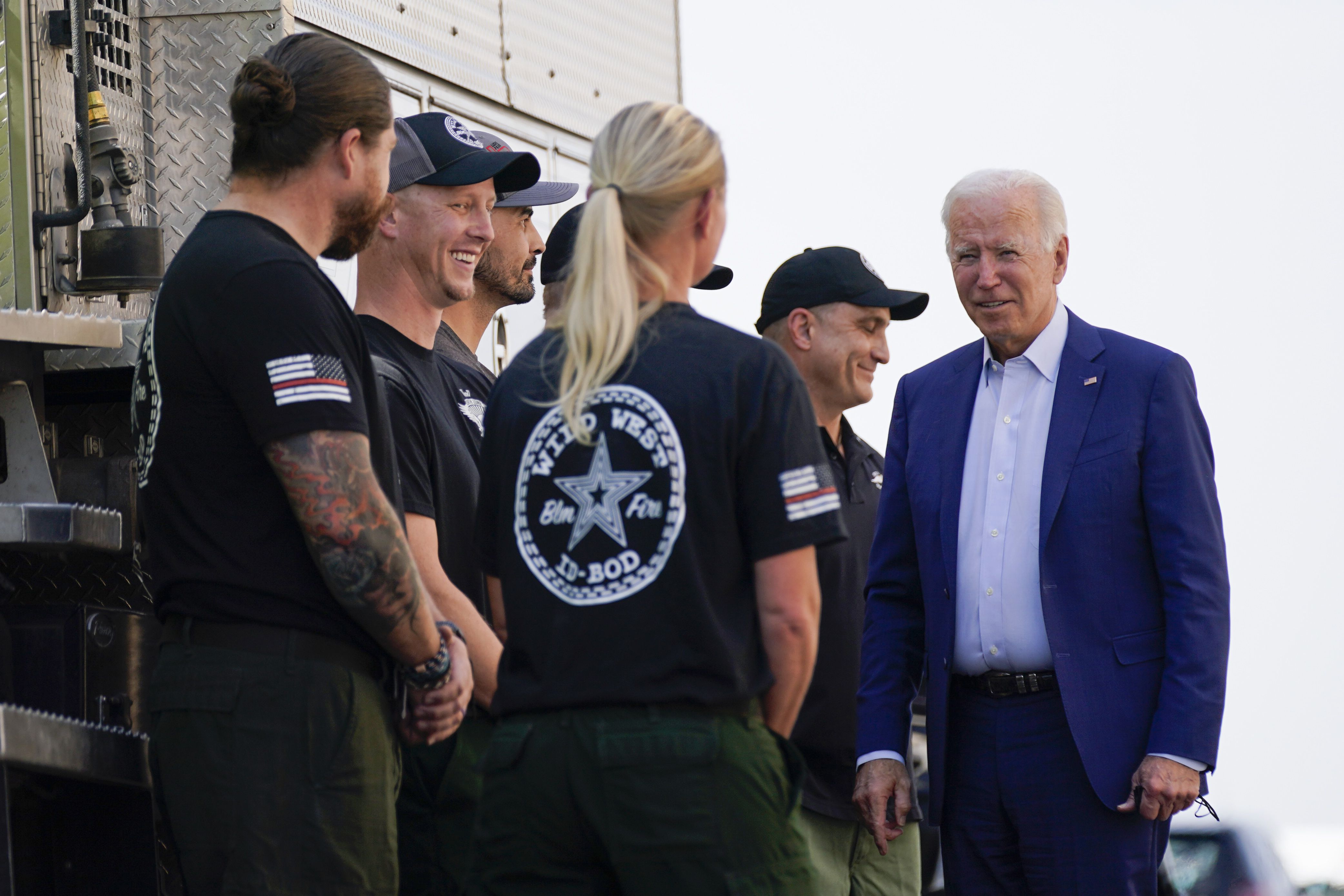 President Joe Biden has signed off on giving federal wildland firefighters a hefty raise for the next two fiscal years, a move that affects more than 16,000 firefighters and comes as much of the West braces for a difficult wildfire season.

Pay raises for the federal firefighters had been included in last year’s $1 trillion infrastructure bill, but they had been held up as Biden administration officials studied recruitment and retention data to decide where to deliver them.

The White House, in a statement to The Associated Press, said the move announced Tuesday is intended to set “federal agencies on a path to continue working with stakeholders towards an updated, competitive, and equitable pay structure, along with a support system that will address the many challenges that have plagued our wildland firefighter workforce for decades.”

The Biden administration in the end decided on a raise for everyone over the next two years, according to a senior administration official who spoke on the condition of anonymity ahead of the formal announcement. The official said the infrastructure bill offered enough money to provide across-the-board raises but the administration was looking to work with Congress to provide a long-term fix on the firefighters’ pay.

The infrastructure law also authorized agencies to increase the base salary of federal wildland firefighters by $20,000 per year or 50% of their current base salary, whichever is lower, through 2023. The firefighters will receive back pay for the raises, dating to October 2021.

The National Federation of Federal Employees union had been urging the Biden administration to interpret the statute as broadly as possible, as firefighters across the country were struggling to make ends meet.

Forest Service Chief Randy Moore told a Senate subcommittee last month that his agency’s staffing levels are at 90% overall but as low as 50% percent in some areas, including Oregon, Washington state and California.

The issue of recruitment, retention and low pay for wildland firefighters had been on Biden’s radar since early in his administration.

Last June, before the infrastructure bill was passed, the Democratic president signed an executive order temporarily raising pay for federal firefighters to ensure that no one was making less than $15 per hour.

Biden said he had been dismayed after learning that the starting pay for federal firefighters was significantly lower than that at many local and state fire agencies. Pay for new federal firefighters had typically started at $11 per hour to $14 per hour, and they were overtime-eligible.

With Roe dead, some fear rollback of LGBTQ and other rights