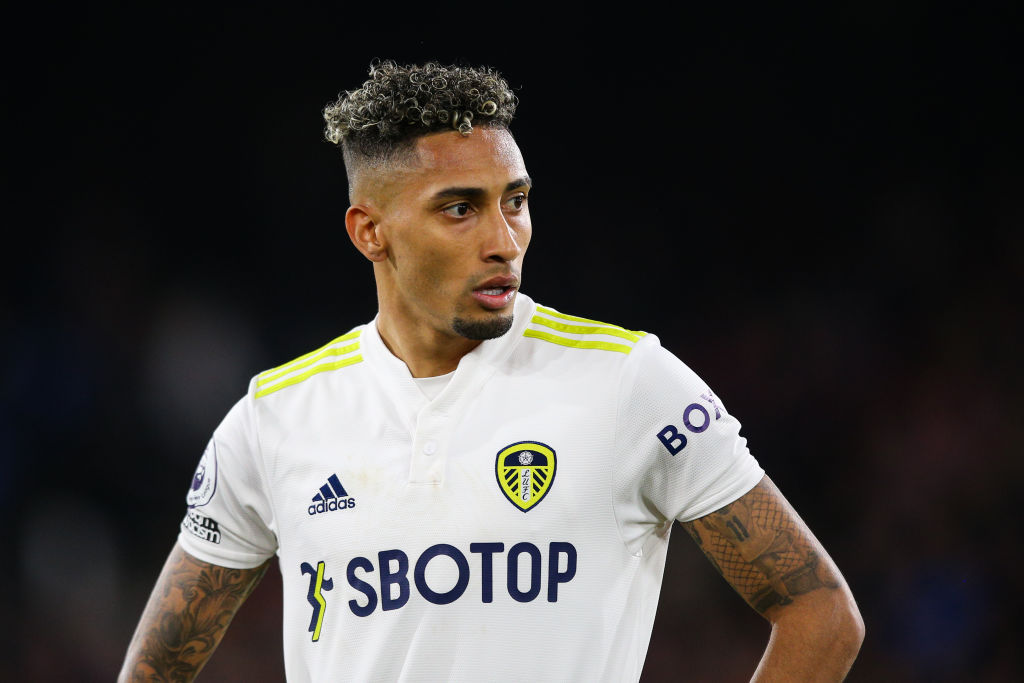 Arsenal’s opening offer for Raphinha has been rejected by Leeds United, while the winger would prefer to join Chelsea, according to reports.

The Gunners completed a £34 million deal for Fabio Vieira on Tuesday and are looking to follow that up with a move for Raphinha.

However, Arsenal face strong competition as Barcelona, Chelsea and Tottenham are also interested in the 25-year-old.

According to The Athletic, Arsenal have submitted a formal offer for Raphinha but the bid is set to be rejected ‘rejected out of hand’ by Leeds as it falls well short of their valuation.

The report also claims that should he decide to remain in the Premier League, the Brazil international would favour a move to Chelsea.

Raphinha’s overall preference remains Barcelona but despite already agreeing personal terms with the winger, the Spanish club are restricted by their finances and are looking to offload players first.

Raphinha, who joined Leeds in a £17 million deal from Rennes in 2020, still has two years on his current contract.

It’s understood that Leeds are holding out for a £50m fee for the Brazil international.

Raphinha was Leeds’ star performer last season as his 11 goals played a key part in the club being able to avoid relegation from the Premier League.

The winger would have been available for £30m this summer if Leeds dropped down to the Championship.

How to find out when your house was built

Molly McCann: In my gym, I have never been made to feel any other way than proud and appreciated for who I am