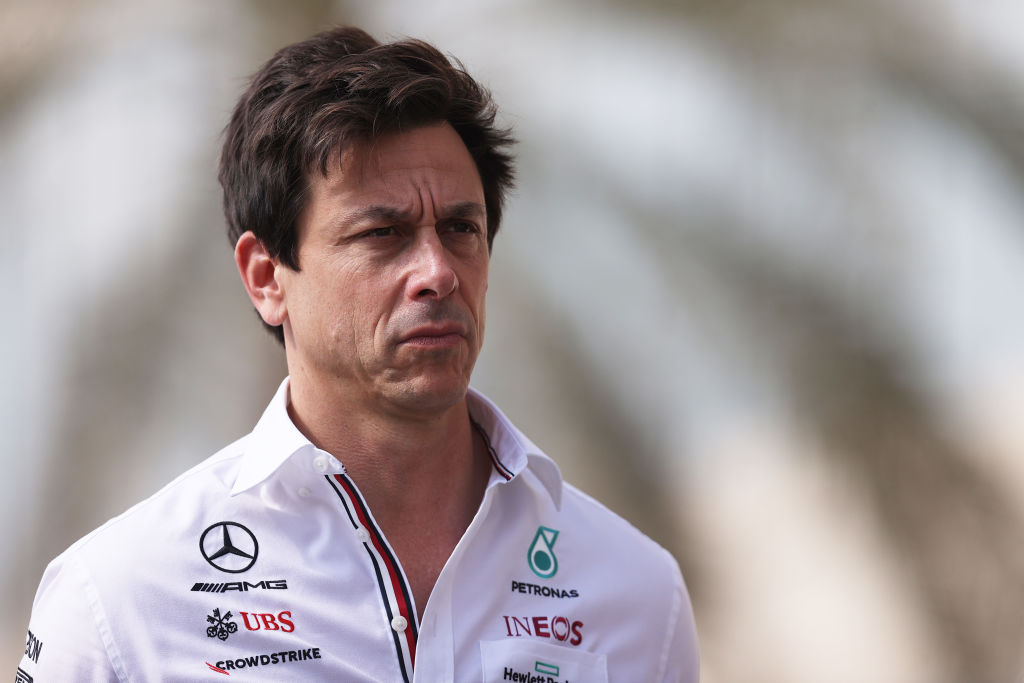 Toto Wolff is the team-principal of Mercedes (Photo: Getty)

The row occurred during a meeting that took place prior to Sunday’s race which was won by Red Bull’s Max Verstappen with Ferrari’s Carlos Sainz Jr. second and Sir Lewis Hamilton of Mercedes third.

The meeting was held to discuss the issue of porpoising, where cars violently bounce up and down at high speeds, which compromises performance and drivers’ well-being, with Mercedes the most badly affected team on the grid.

Following the Azerbaijan Grand Prix, where multiple drivers complained of back pains and injuries, Hamilton the most prominent of them, the FIA announced that they would be stepping in to help resolve the issue on the grounds of safety.

However, some in the F1 paddock have accused drivers and teams of playing up the matter to force a rule change, most notably Christian Horner whose Red Bull team have remained largely unaffected by porpoising and as a result are well in the lead of both championships.

This all came to a head during the meeting, where according to the Daily Mail Wolff lost his s***t while trying to get his case across.

Another reported that the Austrian went into ‘full Abu Dhabi spec’, a reference to how he angrily acted during last season’s controversial finale where Hamilton was arguably robbed of the title.

The 10 F1 team bosses are said to be split on the debate, with Wolff the most vocal person calling for rule changes, while Horner and Ferrari boss Mattia Binotto are leading the arguments against.

The issue is not likely to be resolved anytime soon, and will no doubt be a hot topic of conversation at the next round at Silverstone for the British Grand Prix in July.