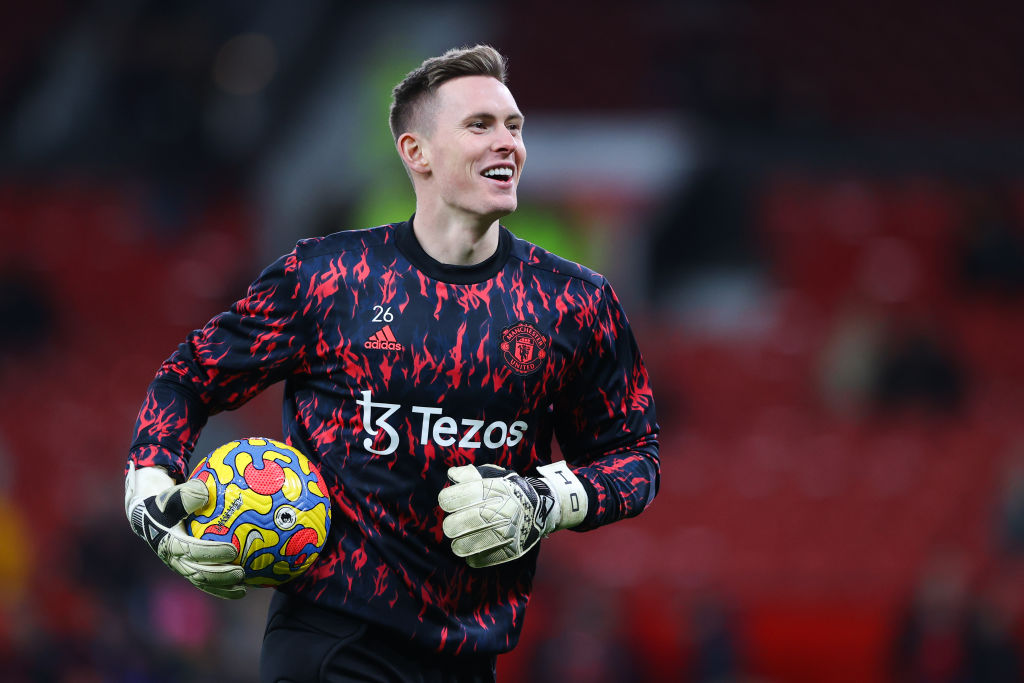 Brice Samba has rejected a new contract offer from Nottingham Forest, freeing up the club to push through Dean Henderson’s loan move from Manchester United.

Goalkeeper Samba moved to the City Ground in 2019 and played an integral part in the club’s promotion to the Premier League last season.

The 28-year-old kept 14 clean sheets and conceded just 35 goals in 40 Championship games for Steve Cooper’s side and saved three penalties in the play-off semi-final shootout against Sheffield United.

However, despite having the chance to play in England’s top-flight, Samba has informed the club that he wants to return to France where he had spent all of his career prior to Forest, with Lens reportedly his preferred destination.

Samba’s contract expires next summer and according to Sportsmail, Forest offered the keeper a new deal which would earn him roughly double his current salary, such was the desire to keep him in Nottingham.

But Samba has flat-out rejected this contract extension, meaning it is incredibly likely that the player will be sold this summer, with Cooper and co. set to step up efforts to sign Henderson.

The United shot-stopper emerged as a transfer target for Forest last week, with the 25-year-old desperate for first-team football so he can boost his chances of making the England squad for November’s World Cup.

A mixture of injury, COVID-19 and the resurgent form of David De Gea restricted Henderson to just three appearances for the Red Devils last season and all parties hope that a loan spell will get the keeper back to his best.

Fabrizio Romano reported on Monday, that with talks going well and personal terms agreed the deal could be completed by the end of the week.

It is not known whether Forest will have the option to buy the player however, as United are reportedly not keen on Forest’s proposed £20million release clause.

MORE : Why Manchester United were left ‘unconvinced’ after initial talks with Benfica over Darwin Nunez transfer