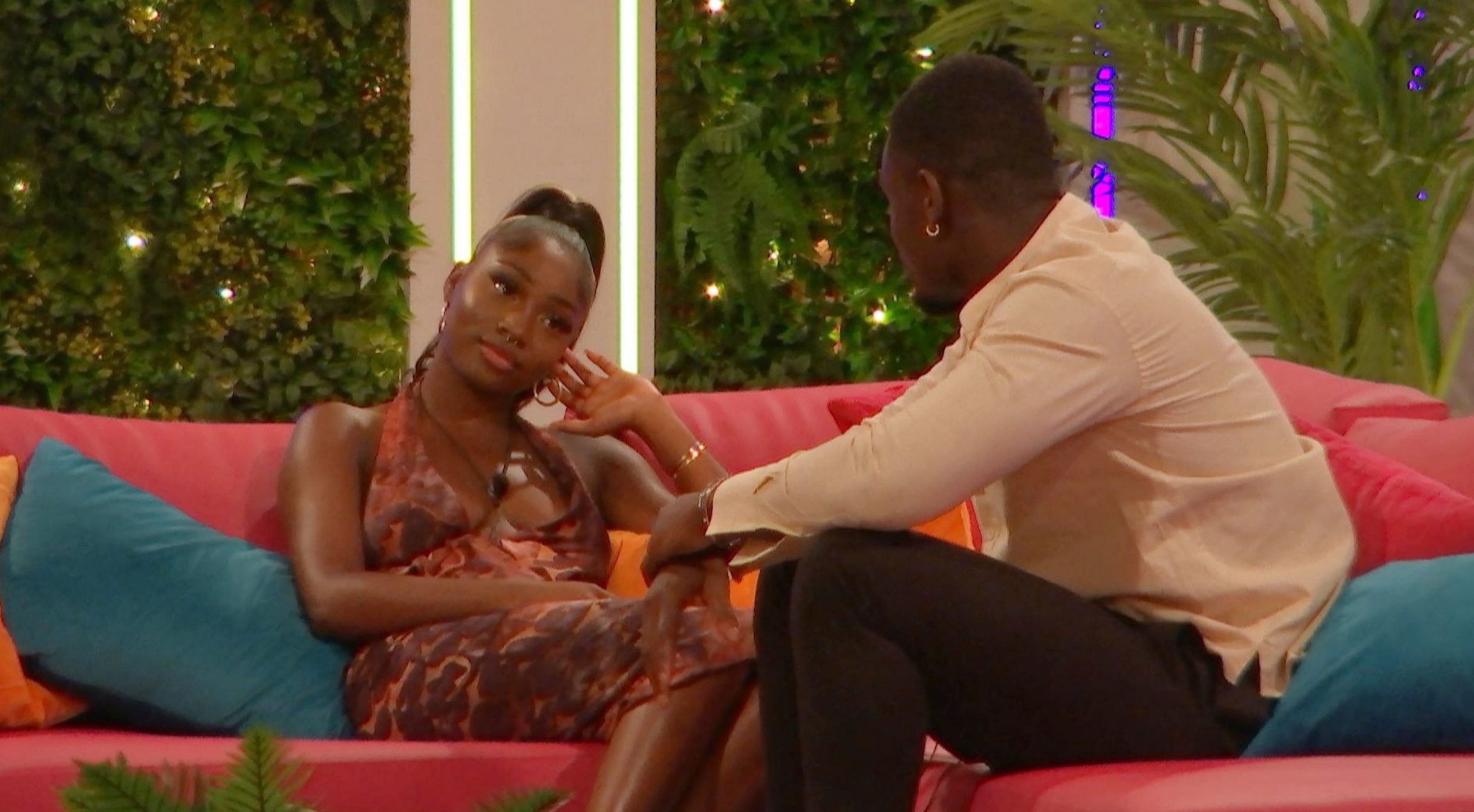 Love Island stars Indiyah Polack and Ikenna Ekwonna have decided to end their romance but she may not be single for very long.

The pair had been coupled up since episode one after the public voted to put them together, but viewers have watched Indiyah and Ikenna struggle to build genuine chemistry over the past two weeks.

Instead, it’s become clear that Indiyah has a much stronger connection with Dami Hope and, with the two agreeing to pursue things further, it meant she had to break it off with Ikenna for good.

During Monday night’s episode, Ikenna pulled Indiyah for a chat to discuss whether they should call it quits for good.

‘The sexual chemistry and normal chemistry isn’t connecting,’ she explained while Ikenna agreed.

Ikenna later explained to the boys: ‘She basically brought up whether the romantic route was for us. We’ve taken the decision to cool things off but we’ve not closed the door completely, I’ll still chat to her and flirt with her and see if anything [develops] further down the line.’

Indiyah and Ikenna agreed to remain friends after two weeks of trying to find a connection (Picture: Rex Features)

Indiyah also said in the Beach Hut: ‘It’s a weight off my shoulders because I don’t want to lead someone on.’

The previous night, she spoke to Dami about the obvious flirtation between them.

Taking the lead, Dami asked: ‘Do you feel like we have a connection? Like we’ve ever had a spark? Would you like to explore it? I’m actually open to exploring you. I feel like with you it’s easy for me.’

Indiyah then said coyly: ‘We bounce off each other.’

Later in the episode, Dami – who is coupled up with Amber Beckford – pulls Indiyah for a cheeky chat and confessed: ‘I woke up and kind of felt different about things. I want you to be in my bed.’

Indiyah finally admits: ‘Yeah, I feel like I would be open to getting to know you on that level.’

Keen to be respectful to the fact Dami is still coupled up with Indiyah, the pair agreed to spud each other, to which Dami cheekily said: ‘Spuds turn to kisses.’

Home and Away spoilers: Theo reveals his secret talent and surprises the Bay

Aisling Bea styles out luggage disaster by rocking dressing gown on Jimmy Kimmel: ‘Luckily the hotel had this free dress’