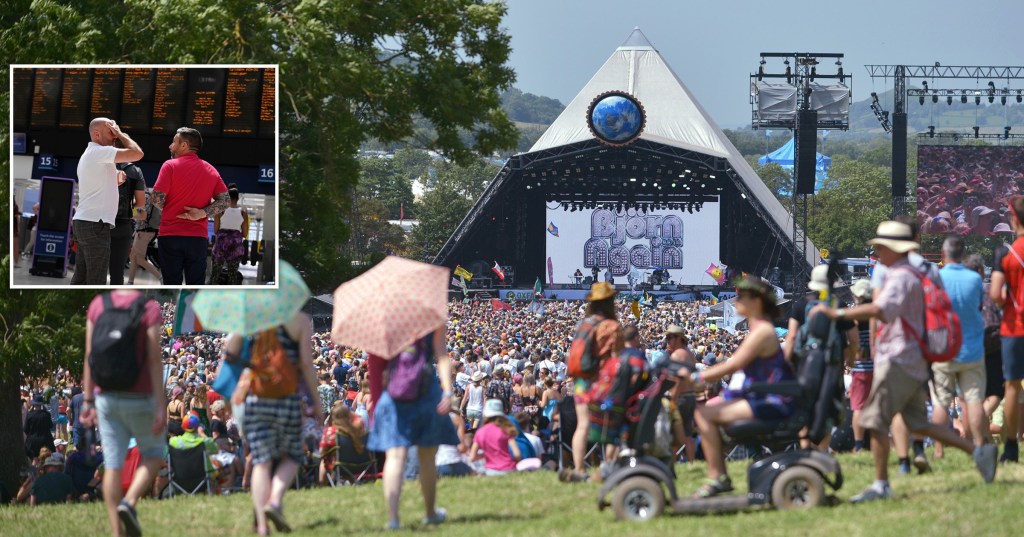 More than half of the trains due to serve the Glastonbury Festival have been cancelled because of rail strikes.

Tens of thousands of revellers will be forced to find alternative routes to the site in Pilton, Somerset.

Great Western Railway (GWR) is operating just five services from London Paddington to Castle Cary on Thursday, with a total of 24 between Wednesday and Friday.

Before the industrial action was announced, 51 trains were expected to run on the route over the three-day period.

GWR told passengers: ‘We plan to maintain timetabled trains between Castle Cary and London Paddington throughout the course of the Glastonbury Festival.

‘Some services might be subject to alterations to train times and we will be in contact with customers who have already booked seats on board those trains.’

It added: ‘Other parts of the GWR network are likely to be more affected by the strike action and customers may need to consider alternative ways to travel to a station serving Castle Cary.’

Rail strikes are being held across Britain on Tuesday, Thursday and Saturday, but their effects mean services will be disrupted from Monday night until the end of the week.

Roads serving the Glastonbury Festival will be exceptionally busy, with motoring groups advising drivers to avoid the region if possible.

Boy, 11, and man, 40, in hospital after suspected stabbing in quiet village