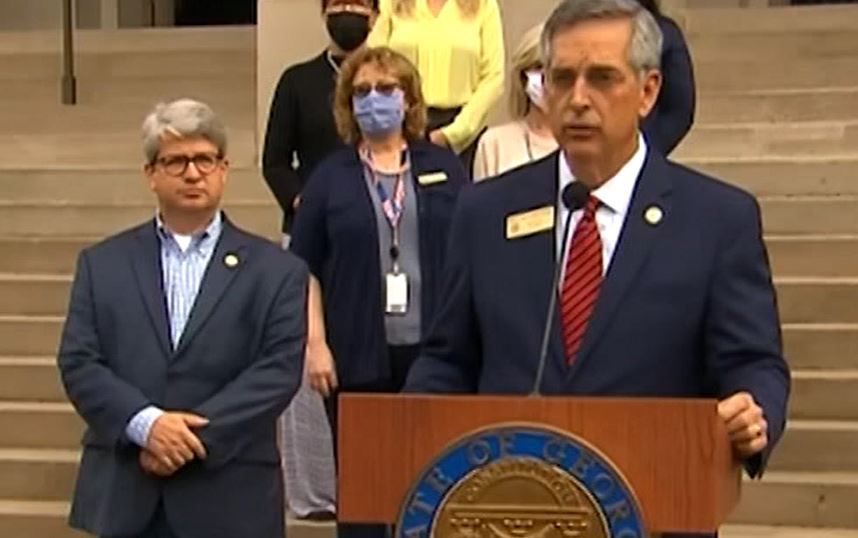 Testimony is expected to focus on how former President Donald Trump pressured election officials in Georiga and other battleground states to overturn the results of the 2020 presidential election.

Georgia Secretary of State Brad Raffensperger and his deputy Gabe Sterling are expected to publicly testify in front of the committee, and the infamous phone call between Trump and Raffensperger will likely take center stage.

That phone conversation was later leaked to the public, first reported by the Washington Post.

“I won this election by hundreds of thousands of votes. There’s no way I lost Georgia. There’s no way. We won by hundreds of thousands of votes,” Trump could be heard saying in the Jan. 2 call. “All I want to do is this. I just want to find 11,780 votes, which is one more than we have because we won the state. And flipping the state is a great testament to our country because, you know, this is — it’s a testament that they can admit to a mistake or whatever you want to call it. If it was a mistake, I don’t know. A lot of people think it wasn’t a mistake. It was much more criminal than that.”

Raffensperger and his deputy Gabe Sterling resisted that pressure from Trump and certified President Joe Biden as the winner.

Georgia Secretary of State Brad Raffensperger (right) and his deputy Gabe Sterling (left) are expected to publicly testify in front of the Jan. 6 committee.

In the months that followed, both officials defended poll workers and debunked false claims about election fraud in the state.

The Jan. 6 committee trying to make the case that Trump’s false claims about the election, and his pressure on Georiga officials and former Vice President Mike Pence, directly led to the violence at the Capitol.

“The very least we should expect from any person seeking a position of public trust is the acceptance of the will of the people, win or lose. Donald Trump didn’t,” Rep. Bennie Thompson said.

A Georiga election worker who faced harassment from Trump supporters after the election may also testify in front of the committee on Tuesday.

The hearing is set to begin at 1 p.m. and will be streamed on News4JAX.com.