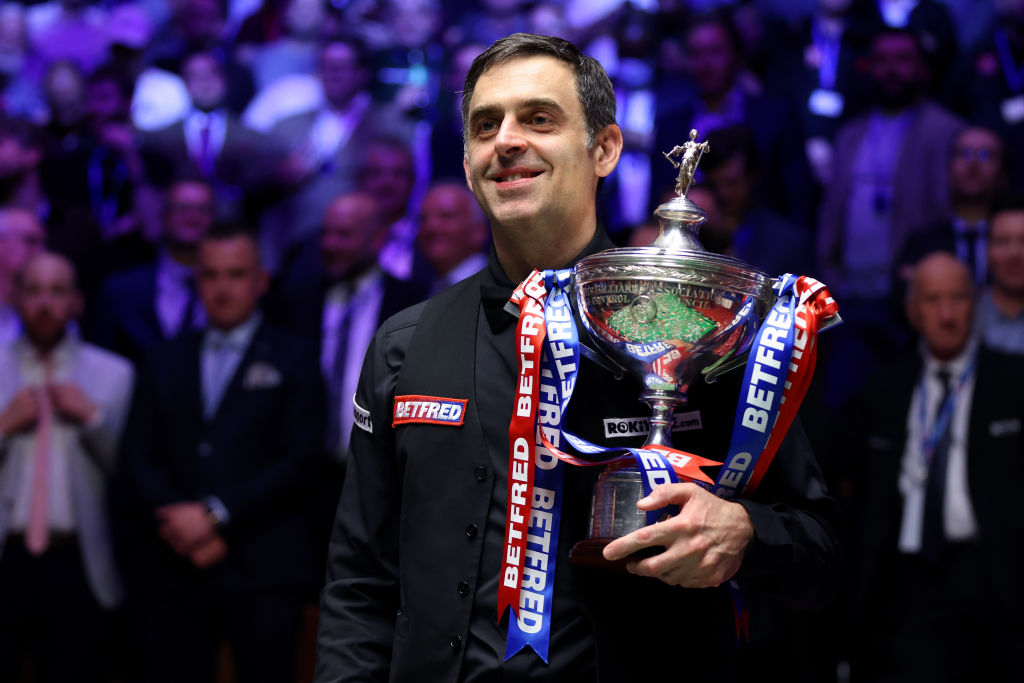 Ronnie O’Sullivan has ‘ticked all the boxes’ over his great career (Picture: Getty Images)

Ronnie O’Sullivan has become the consensus greatest snooker player of all time and Fergal O’Brien has watched him do just that from when they played together in Ilford over 30 years ago.

A teenage Rocket was one of the star attractions of the famous club in London, which was also home to the likes of Ken Doherty, Mark King, Anthony Hamilton and O’Brien.

The Irishman, who is still on tour after turning pro in 1991, recalls moving over to England and being thrown into the bear pit alongside a host of talents.

‘I went from number two in Ireland to number 10 in Ilford. One club in London!’ O’Brien told the Talking Snooker podcast.

‘You think you’re good and you see the likes of Ronnie at 15, he was superb, you could see he was a star in the making.’

Now with seven world titles to his name and an enormous list of other accolades in snooker, O’Sullivan has long been and will long continue to be a star.

O’Brien saw what the Rocket could do early on and it was a surprise to him that it was not until 2001 that O’Sullivan won his first world title.

However, it is not his talent that Fergal admires most about Ronnie, but his work ethic and ability to adapt over his career, which still sees him world champion and world number one at 46 years old.

‘Early on in his career, for all that talent he had, it took him a while,’ said O’Brien. ‘He looked like he was going to be the youngest ever world champion and it took him a lot longer. He won the UK [Championship] in 1993 and the world title in 2001.

‘Mid to late 90s he had mentally tough times and his family situations would have tested any man, to be fair. He got through it.

‘I was always impressed that over the years he’s improved his game, working with coaches and always doing different things.

‘If nobody could play for six months and we went to a tournament, Ronnie would win it, I would say. Such is his talent. But then you look at all the other things outside of it.’

Fergal O’Brien is full of admiration for the work of his old practice partner (Picture: Getty Images)

O’Brien sees those other factors as including O’Sullivan’s passion for exercise, healthy eating and how he has worked on the mental side of the game with Dr Steve Peters.

The Rocket has managed to harness his somewhat addictive personality for his benefit, both on and off the table.

Fergal has also seen O’Sullivan do things that other players would not think to do, to keep his mind and game sharp.

‘I’ve seen him go into the club in Ilford on a Sunday and he might play billiards for a couple of hours,’ continued O’Brien. ‘The left-handed thing might start as …read more

Stock Market: Suez Canal Update! Floating!
The Big Happiness Interview: Sonia Choquette on why your intuition is your superpower