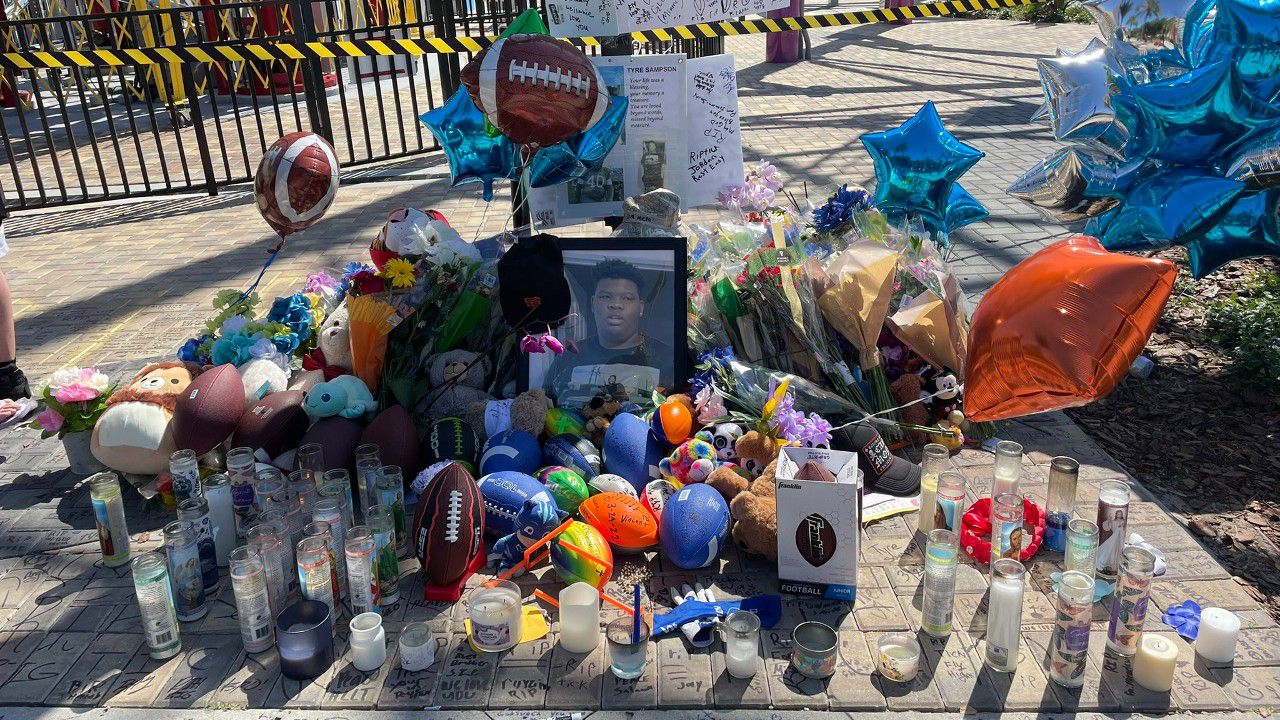 Yarnell Sampson, alongside his attorney Benjamin Crump, held a news conference Monday following the release of his son’s autopsy report.

Sampson’s 14-year-old son, Tyre, was visiting Orlando on spring break when he fell from a thrill ride at ICON Park in March.

The autopsy revealed that the teen was nearly 100 pounds over the ride’s weight limit. It also ruled Sampson’s death an accident and his cause of death as blunt force trauma.

A state investigation found the operator of the ride made manual adjustments — resulting in the ride not being safe.

In April, Sampson’s family filed a wrongful death lawsuit against the theme park and ride manufacturer. The family said it believes more could have been done and that the operator failed to post warnings about proper height and weight restrictions.

On Monday, the father demanded that ICON Park tear down the Orlando FreeFall ride.

“The goal is is to get 25,000 signed petitions to get this ride taken down,” said Yarnell Sampson, who spoke alongside his lawyer, Ben Crump. “What my wish is — I would like to have a permanent memorial here for my son stating that he had passed away and his legacy will live on and give proper respect to the dead that needs it.”

Sampson said he is fearful this might happen again.

“I guarantee, you open that ride again, somebody else gonna’ die,” Yarnell Sampson said. “It should never be operational at all.”

Crump and Yarnell Sampson were also joined by state Rep. Geraldine Thompson, D-Orlando, who plans to introduce the “Tyre Sampson bill” to the Florida Legislature.

“We’re still working on the bill that will be filed the very first day of the next legislative session,” Thompson said. “This bill that will be introduced will take into account the safety records of any company that wants to operate a ride of this nature.”

Amateur radio operators: One of the first lines of defense when a hurricane hits