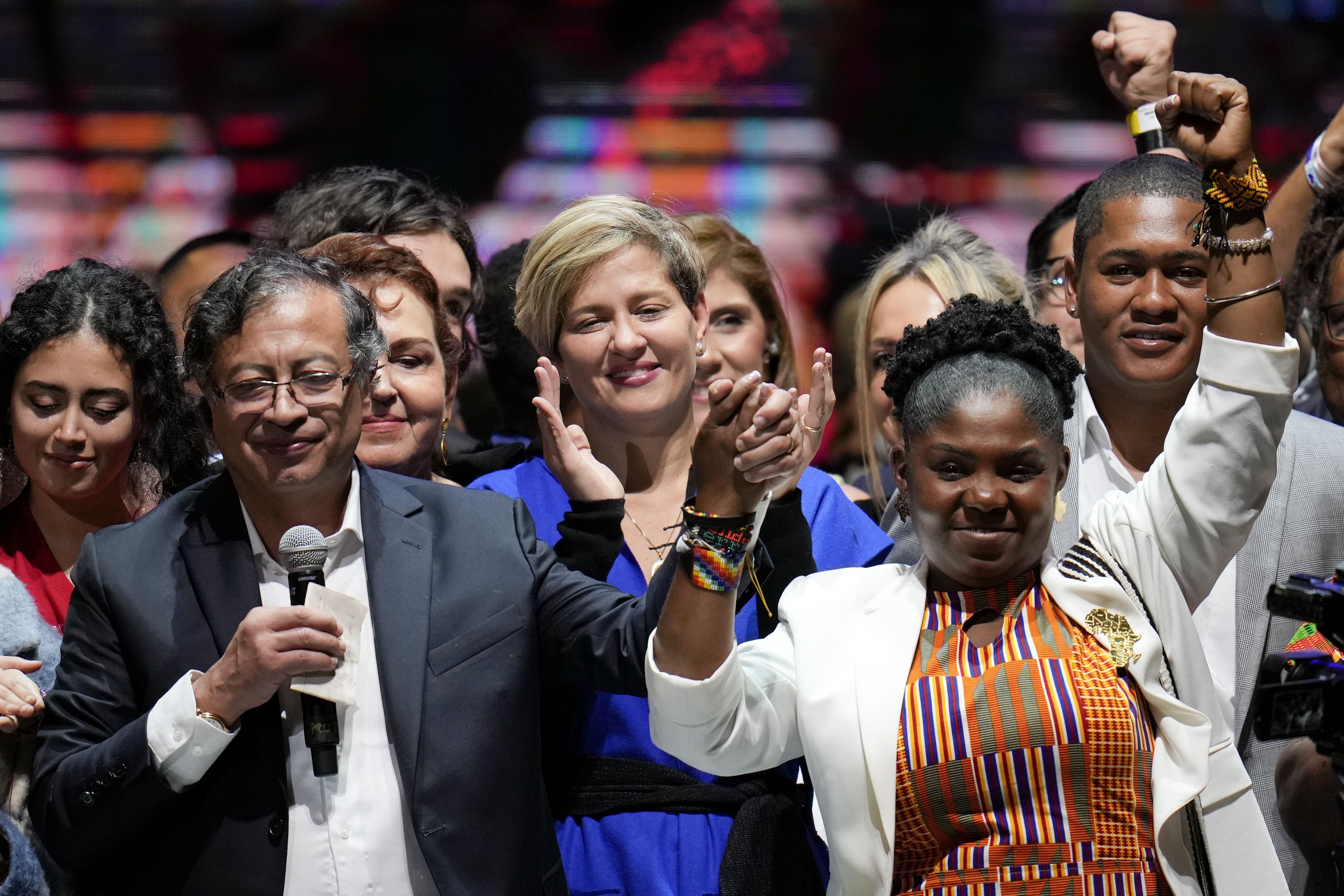 As Colombia’s voters put aside a longtime antipathy to leftists and chose one as their new president, they also carved out another milestone — electing the country’s first Black vice president.

When former leftist rebel Gustavo Petro takes office as president on Aug. 7, a key player in his administration will be Francia Marquez, his running mate in Sunday’s runoff election.

Marquez is an environmental activist from La Toma, a remote village surrounded by mountains where she first organized campaigns against a hydroelectric project and then challenged wildcat gold miners who were invading collectively owned Afro-Colombian lands.

The politician has faced numerous death threats for her environmental work and has emerged as a powerful spokeswoman for Black Colombians and other marginalized communities.

“She’s completely different than any another person that’s ever had a vice presidency in Colombia,” said Gimena Sanchez, the Andes director for the Washington Office on Latin America, a human rights group.

She said Marquez will likely be given the mandate to work on gender issues as well as policies affecting the nation’s Afro-Colombian population.

In several interviews. Petro has discussed creating a Ministry of Equality, which would be headed by Marquez and would work across several sectors of the economy on issues like reducing gender inequalities and tackling disparities faced by ethnic minorities.

Marquez said Sunday that part of her mission as vice president will be to reduce inequality.

“This will be a government for those with calluses on their hands. We are here to promote social justice and to help women eradicate the patriarchy,” she said on stage while celebrating the election results with thousands of supporters at a popular concert venue.

Marquez grew up in a small home built by her family and had a daughter when she was 16, whom she raised on her own. To support her daughter, Marquez cleaned homes in the nearby city of Cali and also worked at a restaurant while studying for a law degree.

She was awarded the 2018 Goldman Environmental Prize for her successful efforts to remove gold miners from the collectively owned Afro-Colombian lands around her village.

Marquez entered the presidential race last year as a candidate for the Democratic Pole party, though she lost out in an inter-party consultation in March to Gustavo Petro. But she gained national recognition during the primaries and received 700,000 votes, topping most veteran politicians.

In speeches calling for Colombia to confront racism and gender inequalities and to ensure basic rights for the poor, Marquez energized rural voters who have suffered from the country’s long armed conflict as well as young people and women in urban areas.

“All of us who work with her now believe in the power of women,” said Vivian Tibaque, a community leader in Bogota who worked …read more

Democratic governors are ‘last line of defense’ for abortion