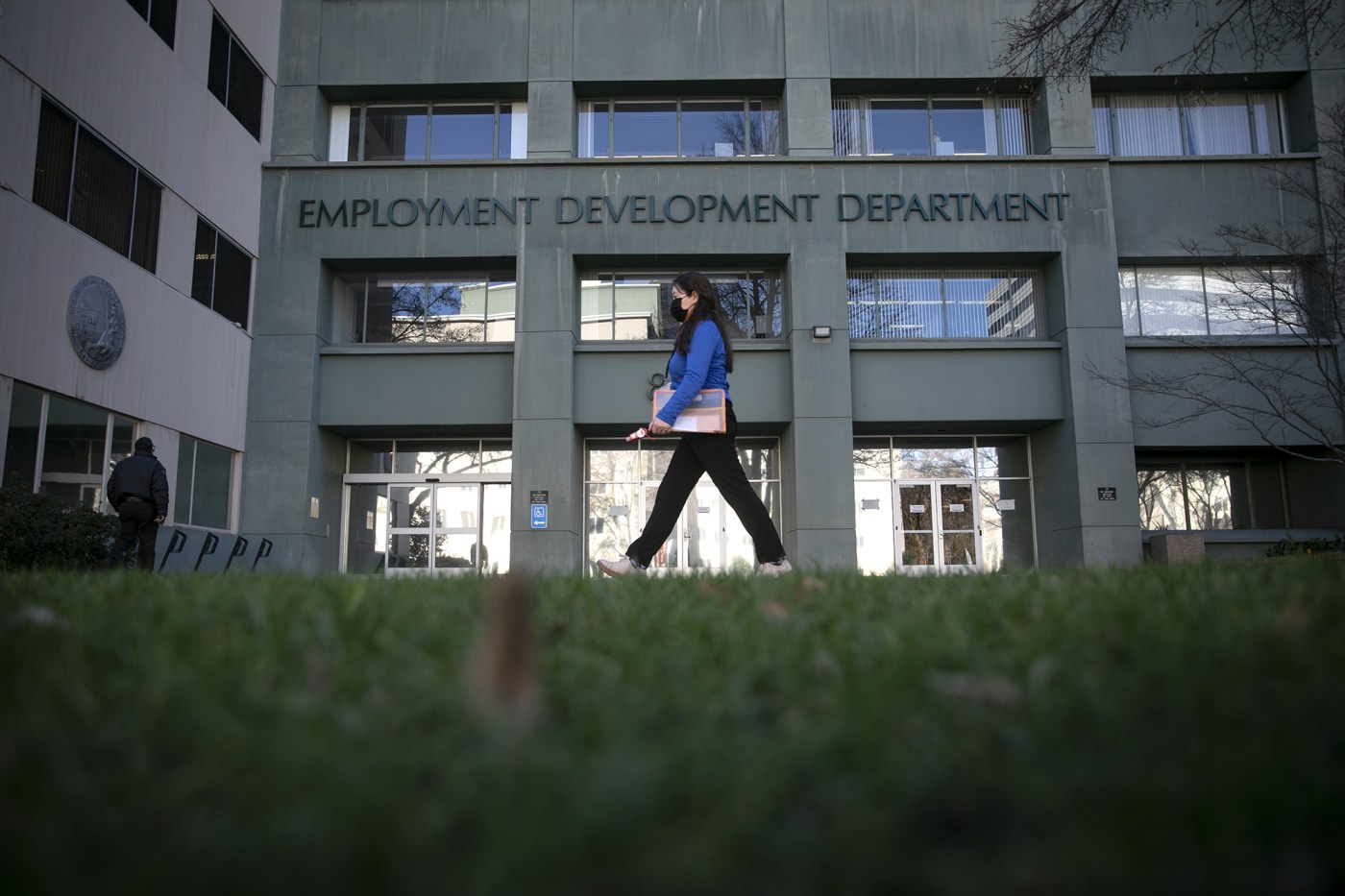 Christina Cedillo has a sticky note on her computer, reminding her what buttons to press when she calls California’s employment department with questions about disability benefits.

But at this point, she doesn’t need it. After calling hundreds of times, she can recite the whole phone tree from memory.

Cedillo, who works as a bartender, gave birth to a girl in October 2021 and immediately filed for disability benefits, which cover pregnancy. By mid-December, though, the payments stopped.

She couldn’t find anything on the department’s website that explained why, so she started calling. The worker she reached said many payments had been delayed due to fraud, but that they should restart soon, Cedillo recalled.

When they didn’t, Cedillo estimates that she called the department between 300 to 500 times in late 2021 and early 2022. She would sit and redial, often while nursing, sometimes 40 times in one day.

She wasn’t alone. Less than half of unique phone numbers calling the Employment Development Department’s disability insurance branch call centers were answered on average between November 2021 and April 2022, according to department data. That’s down from about 80% between May and October of 2021.

Without wages coming in, Cedillo put more charges on her credit card.

“I had budgeted for this and I knew that I was going to not get very much from the state anyways,” said Cedillo. “And then to not even have that — and I was depending on that — was really, really frustrating.”

In February, Cedillo got a letter from the department asking her to fill out a form and send back documents to verify her identity. She sent the form and documents the next day, she said. Weeks went by. In April, she got another payment. She thinks she’s still owed $168, but, she said in a June interview, “now I feel like I’ve just given up.”

The deluge of calls began in late 2021. In December, the department said it was taking action to halt “suspected organized criminal elements filing false disability insurance claims.” California’s disability insurance replaces some wages for people who are unable to work due to illness, injury, or pregnancy, and medical providers certify the existence of a disability.

The agency had experienced a massive surge of new medical provider accounts and suspected many were fraudulent, said department spokesperson Gareth Lacy in an interview with CalMatters. Typically, the department received 70 new medical provider registrations per week, but during four weeks from late November to early December, they received about  30,000, Lacy wrote in an email.

To sift through the influx of claims, verify medical providers’ and claimants’ identities, and answer an uptick in calls, the roughly 1,000 staff in the disability branch worked 22,000 hours of overtime per month from December 2021 to May 2022. That’s ten times the normal monthly overtime average, according to Lacy. The disability branch also borrowed 133 employees from other branches of the department and brought back nine retired employees to help with the additional work, according …read more

Pence Was a Jan. 6 Hero, but He’s Still a Big Lie Coward