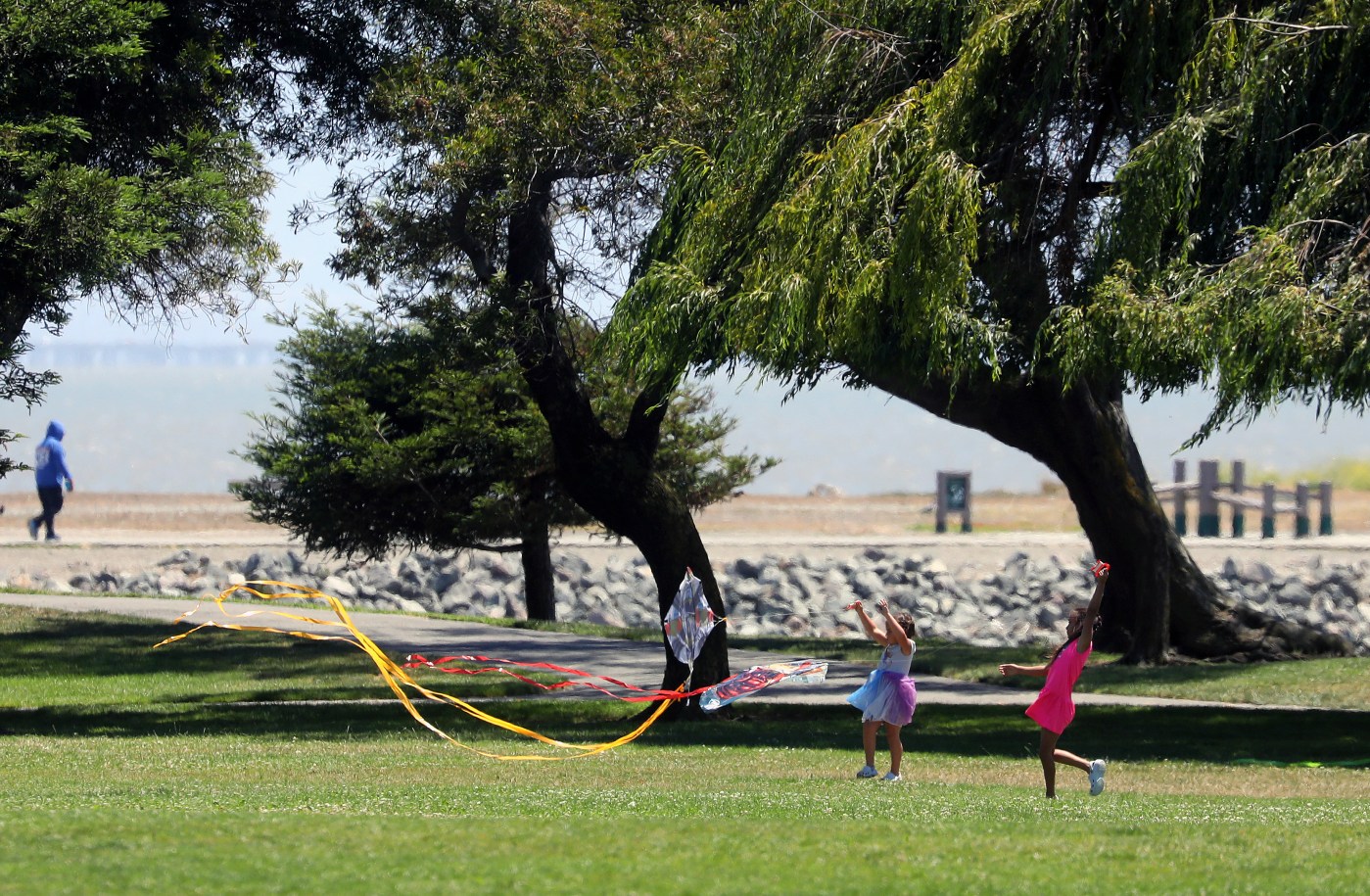 A heat wave could make for a balmy start to summer for much of Northern California, causing the Bay Area’s air quality to fall to unhealthy levels as temperatures soar into the 90s and 100s for much of the region.

A Spare the Air alert was issued for Tuesday for the entire Bay Area — meaning unhealthy ground-level ozone levels are expected to cause trouble breathing for people with asthma and other respiratory ailments, according to the Bay Area Air Quality Management District. The warning comes as a ridge of high pressure builds over the region, causing temperatures to rise 10 to 20 degrees above normal for the longest day of the year.

“It’s going to make a hot start of the summer,” said Emily Heller, a National Weather Service meteorologist. “I just advise people to take breaks outside and stay hydrated.”

The National Weather Service issued a heat advisory from 10 a.m. until 10 p.m. Tuesday for almost all of the Bay Area, including the entire East Bay coastline, the Santa Clara Valley, the Santa Cruz mountains and the inland areas of Napa, Sonoma and Contra Costa counties. Also included were the Sacramento Valley and the northern portion of the San Juaquin Valley.

The balmy start to the season should linger for a couple days, with temperatures dipping only a few degrees on Wednesday before declining further toward the end of the week. Still, many places — such as San Jose and inland portions of the East Bay — could see temperatures remain in the 90s through at least Friday.

A heat wave that saw triple-digit temperatures in the region earlier this month was significantly shorter, with a drop of some 20 degrees within two days.

The only places spared from the heat will be cities along the coast, which could benefit from unseasonably cool temperatures in the Pacific Ocean. A weak, offshore low pressure system could keep temperatures somewhat in check in San Francisco, the Marin Headlands and Point Reyes.

Few winds are expected to accompany the heat — a blessing in limiting fire conditions across the Bay Area, but a curse in that it will cause the air to grow stagnant with pollution, meteorologists and air quality experts said Monday.

Air quality on Tuesday is expected to be the worst in the East Bay and the Santa Clara Valley, though residents across the Bay Area are advised to limit avoiding outdoor activities during the hottest part of the day, said Aaron Richardson, spokesperson for the Bay Area Air Quality Management District.

He added that residents should try to work remotely Tuesday, or take public transit to reduce smog.

“There’s a lot of people with respiratory conditions and susceptibilities to air conditions,” Richardson said. “It’s one of those things where we can all do our part to …read more

The Best TV Performances of the Year So Far

How Patrick Baldwin Jr. and Ryan Rollins fit into the Warriors’ future core