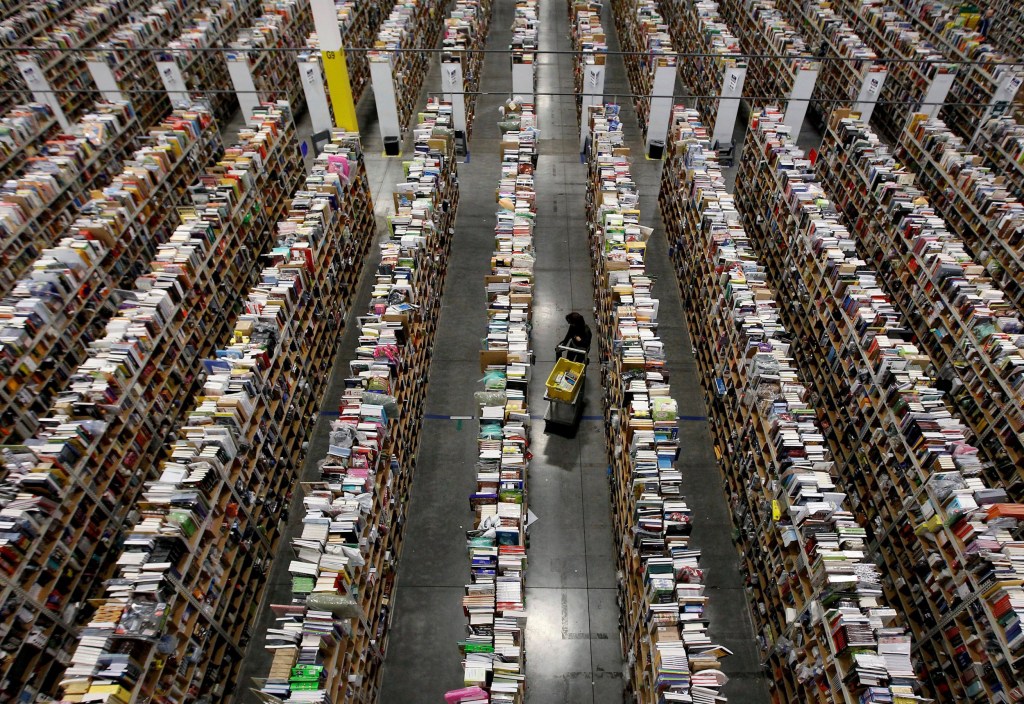 A worker gathers items for delivery from the warehouse floor at Amazon’s distribution center in Phoenix, Arizona (Credits: Reuters)

Amazon may soon run out of workers to operate its gigantic fulfilment centres around the world.

Although the US tech giant employs hundreds of thousands of people, it can’t seem to keep hold of them.

An internal company research memo, obtained by Vox, states bluntly: ‘If we continue business as usual, Amazon will deplete the available labor supply in the US network by 2024.’

That’s because the turnover at Amazon’s huge warehouses is staggeringly high. In 2019, the company had a US warehouse staff attrition rate of 123%.

While many workers may simply see their time in an Amazon warehouse as a stopgap on their way to bigger and better things, there are also many who quit over the stringent working conditions.

But it could well be the case there just aren’t enough people around to fill those jobs in the coming years.

The internal research informing the memo looked at factors like local income demographics and household proximity to both current and future warehouses. And it seems that a few particular US locations are looking dire indeed. The memo says that in Phoenix, Arizona, Amazon’s labour pool likely dried up at the end of 2021.

The authors of the memo say Amazon could perhaps push this deadline back a bit by either increasing wages or using more automation.

In 2021, Amazon’s founder, Jeff Bezos, pledged to make the company ‘Earth’s Safest Place to Work’, but it seems they have some distance to go.

The retail giant has been repeatedly criticised for the high rate of injuries in its warehouses with an alleged almost 80 per cent higher rate of serious injuries than at other warehouses.

Jobseekers fill out forms in the recruiting office during an Amazon.com job fair in Kenosha, Wisconsin. (Credits: Bloomberg via Getty Images)

This news comes just a few weeks before Prime Day, Amazon’s annual sales bonanza that sees the company shift millions of products over a couple of days to people all across the country.

MORE : The best Amazon buys to help you through the heatwave

Glastonbury 2022: How to keep safe from Covid