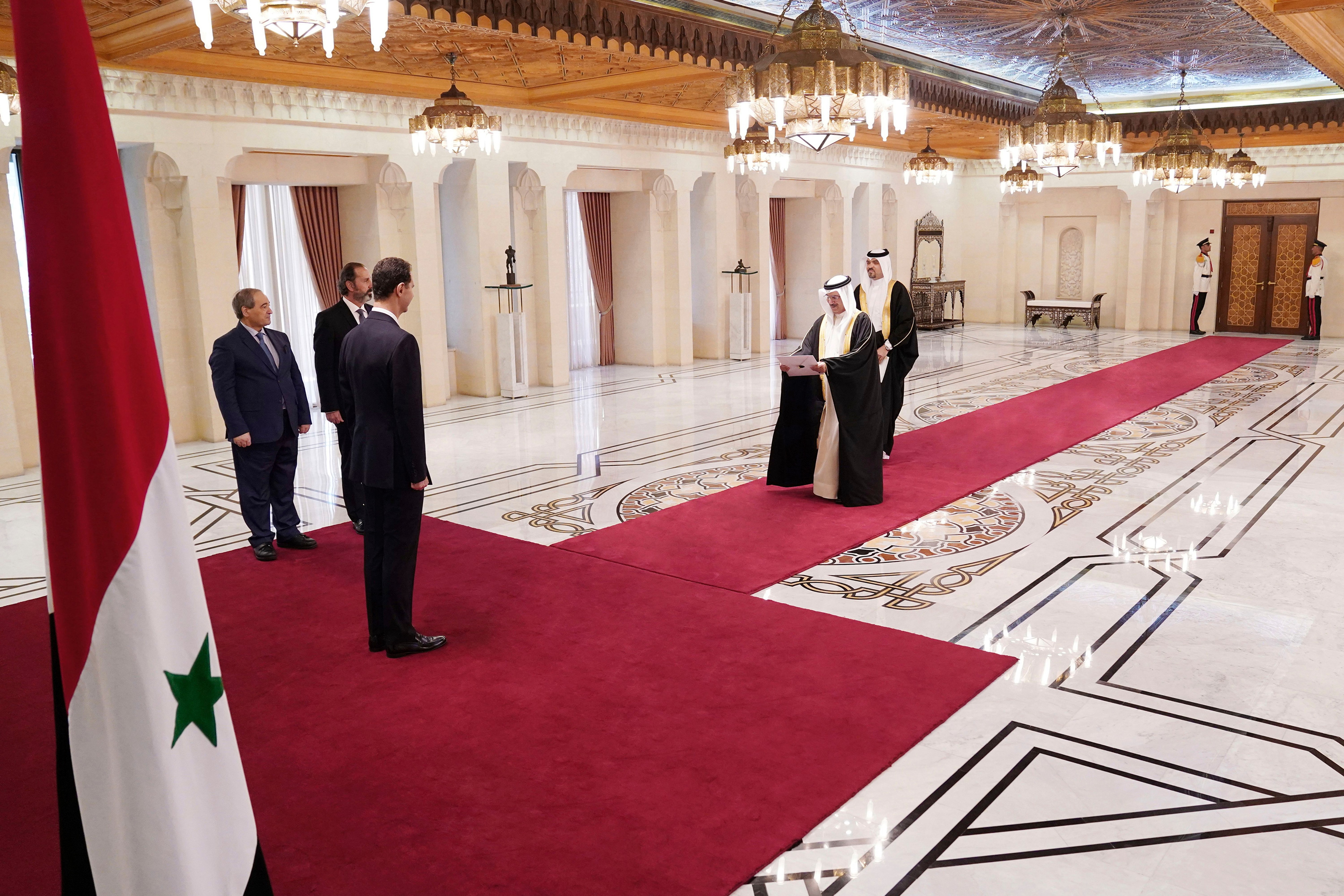 A new ambassador from Bahrain formally took up his post in Syria on Sunday, the country’s first full diplomatic mission there in more than a decade as Damascus continues to improve its relations with Gulf Arab states.

Assad has been gradually reintegrating into mainstream regional acceptance. His visit to the United Arab Emirates in March was the first such trip to an Arab country since Syria’s civil war erupted in 2011.

Syria was expelled from the 22-member Arab League and boycotted by its neighbors after the conflict broke out.

Hundreds of thousands of people have been killed in the war, which displaced half of Syria’s population. Large parts of Syria have been destroyed, and reconstruction will cost tens of billions of dollars.

Early in the conflict, Arab states like Saudi Arabia and Qatar rushed to back Sunni fighters battling Assad’s forces. Arab countries sanctioned Damascus and condemned its use of military force against civilians.

In recent years, however, the Syrian army has won a series of key military victories with the help of Russia and Iran.

The embassy of Bahrain was reopened in Damascus in 2018.

Most Gulf countries, at odds with regional rival and Shiite powerhouse Iran, seek warmer ties with Damascus, hoping to peel it away from Tehran’s influence. Iran is a traditional ally of Syria and has sent advisers and resources to back Assad during the conflict that broke out in March 2011.