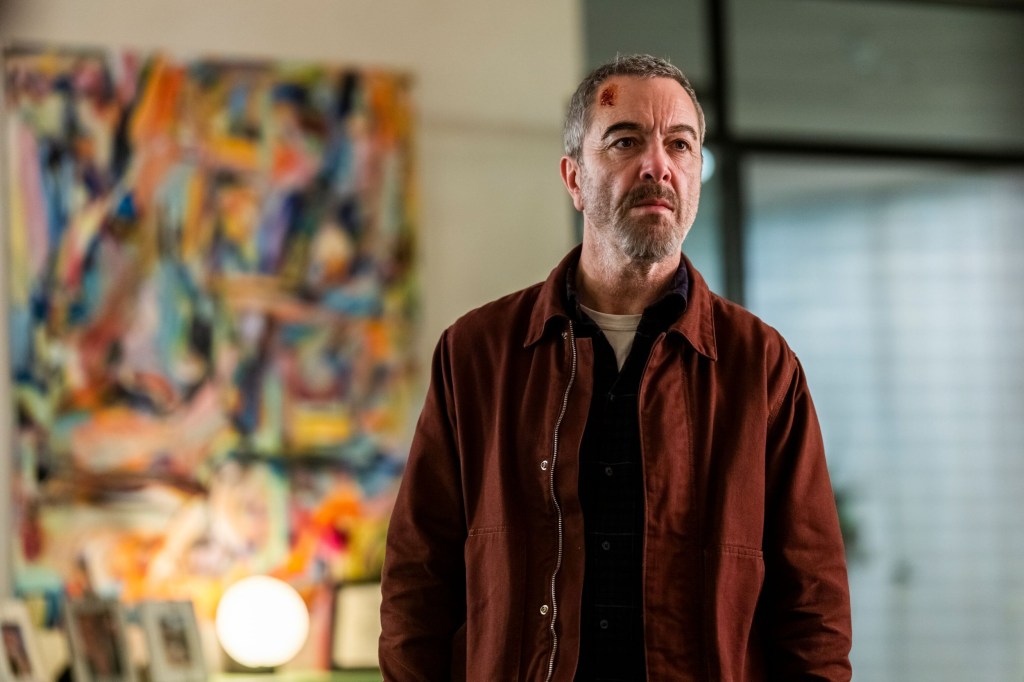 Don’t rule anyone out in this show (Picture: Laurence Cendrowicz)

A detective visits a cold, harsh mortuary to do a routine check on a body as a suitably detached pathologist looks on. A classic trope of the police procedural, except in Suspect this scene is basically the entire first episode.

James Nesbitt is the agonised veteran cop Danny Frater, who realises the body under the sheet is actually his estranged daughter, Joely Richardson is the pathologist who somewhat suspiciously rules out anything but suicide, and as the tension rises between the two over the following 30 minute episode, it’s hard not to admire their bravura performances.

Directed by Dries Vos (Professor T), Suspect is unashamedly theatrical, each of its eight short episodes operating as distinct one-location double handers with a new actor for Nesbitt to riff off, as his character tries to find out the truth behind his only child Christina’s demise.

Some of these interactions are better than others – in the second and third episodes Christina’s partner Nicola (Niamh Algar) and best friend, Maia (Antonia Thomas) are laden with a bit too much plot exposition – but later in the series Sacha Dhawan relishes his role as her charismatic, shady business partner Jaisal and Richard E Grant is brilliant as a mentor figure who brings all of Frater’s guilt bubbling to the surface.

Suspect has been adapted from a Danish series Forhøret, and the tone is familiar Scandi-noir, all dingy basements, deserted lap dancing clubs and a tortured protagonist battling with his demons during late night car journeys.

And if it does start to feel a bit formulaic – Nesbitt goes to find another person of interest, snarls and swears at them for a bit, works out that everyone is corrupt, teases out another suspect and moves on – the way the tangled web of underground connections begins to unravel and reveal itself is compelling.

That’s mainly because Nesbitt is superb at inhabiting a character whose troubled back history and relationship with his daughter is ultimately told via the barbed comments of the people he comes across.

What’s in store for today? Your daily horoscope for Saturday, June 18, 2022

In the very first episode, Richardson’s Jackie goads Frater that he wants the post mortem to say it’s not his fault. It’s this pain which Nesbitt carries with him throughout.

Suspect isn’t perfect, then, but it does feel like a fresh, dramatic take on gritty police drama; a Tales Of The Unexpected for The …read more