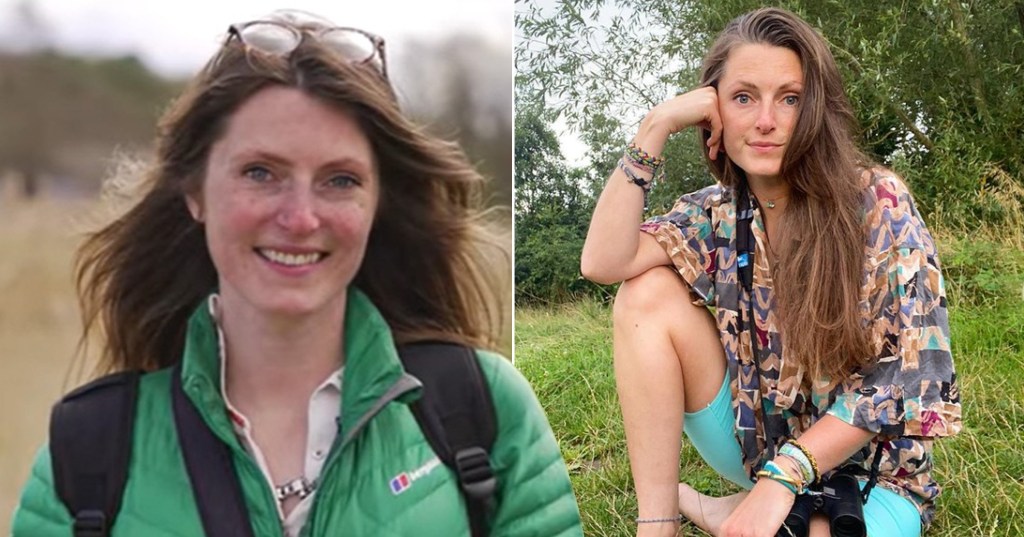 Lucy has spoken about her own ‘terrifying’ experience with a flasher (Picture: YouTube/Instagram/lucy_lapwing)

BBC Springwatch presenter Lucy Hodson has opened up about being flashed by a pervert as she was out birdwatching alone.

The TV star is sharing her experience as she campaigns for a safer countryside for women, revealing she was ‘still shaken’ by the ‘terrifying’ experience last year in Tamworth, Staffordshire.

Lucy, 30, was on a riverbank by herself after spotting an egret when she saw the flasher, a white man in his 30s or 40s, expose himself.

He was also filming her reaction.

She managed to call out to alert other passers-by and contacted the police afterwards, but admitted her description of the flasher, who she also recalled was wearing dark clothes, ‘doesn’t get very far’.

Lucy also said she ‘berated myself afterwards for not calling him out’.

The sexual assault occurred in Tamworth last year (Picture: YouTube)
Lucy says she is ‘still shaken’ after the incicdent, during which she ‘just froze’ (Picture: Instagram/lucy_lapwing)

Describing herself as ‘shocked and terrified’, she told The Sun: ‘I always thought I’d cope in that scenario, but I just froze.

‘Mostly because he was filming me. All I could think was that my video was going to end up on some weird forum.’

She added: ‘A women was approaching his direction with a little girl, so I shouted to go a different way.’

Conservationist Lucy, who now always carries defence spray with her, has since used her BBC Radio 4 show Clipped Wings to talk about the issue with other women about the abuse and dangers they’ve faced.

She said: ‘Flashing is sexual assault. I may not have been physically hurt but it affected me mentally.’

Lucy also remembered encountering another man on the footpath as she was waking home after the incident, which scared her.

Dame Kelly Holmes ‘overwhelmed’ by reaction after coming out as gay

‘Then I realised it was my colleague’s husband. I was a crying mess and told him what happened.’

The naturalist still spends as much time outdoors as he can, where she is often on her own but says she is now ‘constantly assessing that risk’.

Victim Support offers support to survivors of rape and sexual abuse. You can contact them on 0333 300 6389.

MORE : Katie Price throws epic hen do for sister Sophie with mum Amy and daughter Princess ahead of big day

Boris Johnson taken to hospital for operation under general anaesthetic