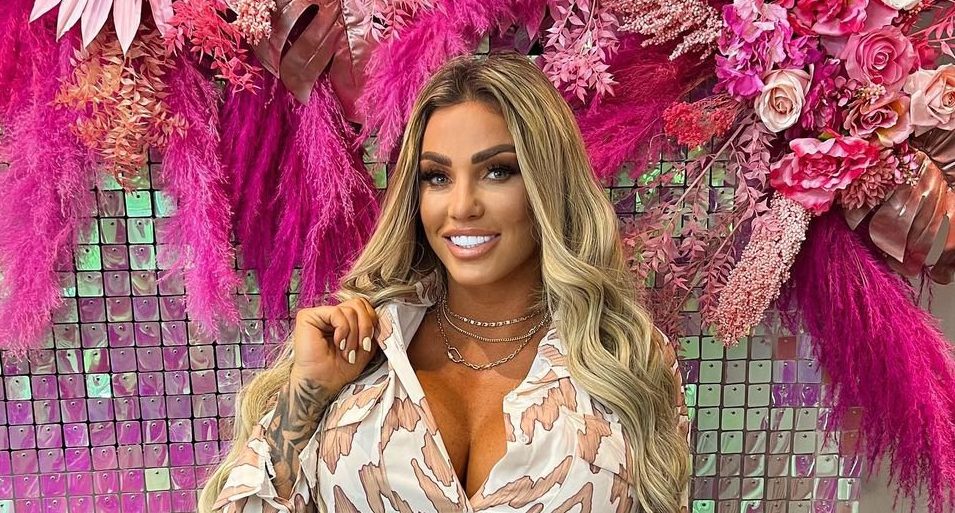 Katie Price is still traumatised after being held at gunpoint in South Africa (Picture: Instagram)

Katie Price has hit out at TV bosses for failing to protect her when she was held at gunpoint in South Africa while filming.

The former glamour model was with her children Junior and Princess when they were ambushed in a carjacking in 2018, in which she was also sexually assaulted.

The trio had been driving towards Swaziland from Johannesburg to shoot a reality television series at the time and Katie has admitted she is still carrying trauma following the ordeal.

Katie spoke out about the crew after Caroline Flack’s heartbroken mum Christine said she wished her daughter had been looked after better by TV bosses before she took her life.

The mum-of-five shared Christine’s interview on Instagram and wrote: ‘Yes totally agree TV channels have a lot to answer for with making you film things when they know about your mental health and don’t help …

‘And when you’re told to keep quiet when you’re hijacked and taped at gunpoint in front of your children because they didn’t have security and I still suffer from that trauma today.’

In 2020, Katie recalled the horrific carjacking in which six men attacked her when she stopped her vehicle with her kids inside.

‘It was like something from a horror film. This big man in an Adidas hoody was shouting in my face, swearing and demanding I give him everything. And he was touching me down below,’ she explained.

Katie says she was sexually assaulted during the horrific ordeal (Picture: Getty)

‘I grabbed a pillow and launched myself in front of the kids, trying to protect them, waiting for a bullet to hit me. I thought I was going to die.

‘Police said it was a miracle they didn’t kill us.’Katie added to The Sun: ‘Since then I’ve had to get a protection dog for the family, and it has been so hard on poor Princess, my daughter — she can’t go anywhere on her own.’

She went on to say she didn’t press charges because she ‘couldn’t face the ordeal’.

Katie spent time in a ­Priory rehab clinic following the events, where she was diagnosed with PTSD.

Three taken to hospital after ‘chemical leak’ in Cardiff

Which character does Euphoria actor Javon Walton play in The Umbrella Academy season 3?

Who is Jasmine Armfield in Casualty and what role did she play in EastEnders?