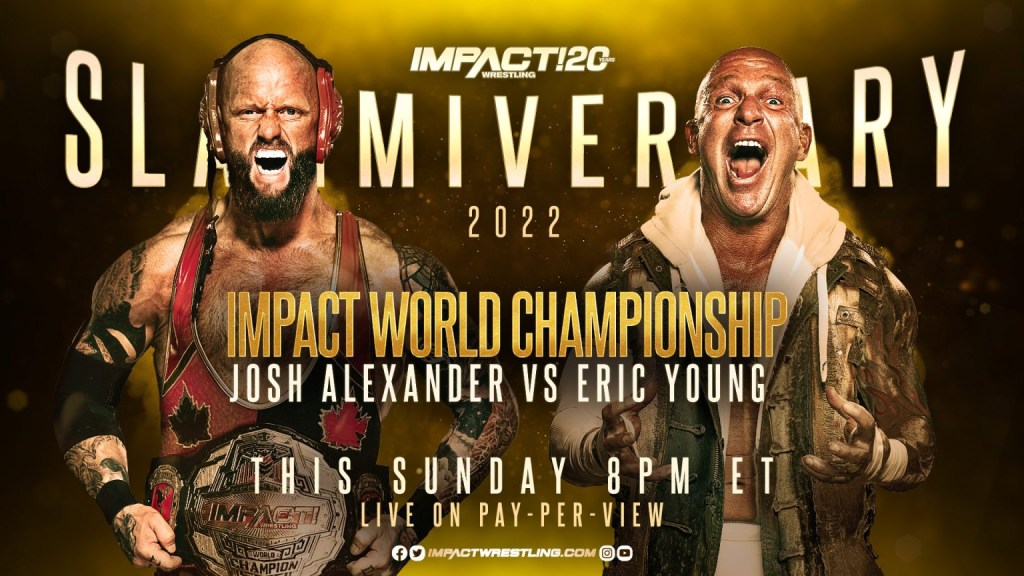 Tonight, IMPACT Wrestling celebrates its past, present and future with Slammiversary 2022.

For 18 years, the event has been a fixture in the company’s calendar across its various iterations and iterations, while this evening’s show marks two decades to the day since the promotion’s first ever pay-per-view.

So, fans tuning in can expect plenty of nostalgic moments and throwbacks, along with some of the best in-ring action anywhere in the world.

With championship matches – six included the pre-show – plus a Monster’s Ball and a grudge tag match with a guaranteed surprise, there’s a lot to get excited about.

As ever, we’ve put together our PPV preview to get you ready for the action.

Here’s everything you need to know…

When is IMPACT Wrestling Slammiversary 2022?

IMPACT Wrestling Slammiversary takes place on tonight (Sunday, June 19) with all the action on the main card kicking off at 1am for fans in the UK.

How can you watch IMPACT Wrestling Slammiversary 2022?

For fans in the UK, IMPACT Wrestling Slammiversary is available to order on Fite TV.

Surprises, Ultimate X and IMPACT Originals, Dixie Carter and more: What to expect from Slammiversary

IMPACT Wrestling should have plenty of eyes on Slammiversary – and they have really been on a roll since the 2020 edition truly marked the rise of a new era.

Josh Alexander will likely keep his championship in a cracking main event against Eric Young, while the first ever Queen of the Mountain match could steal the show with Mia Yim being a strong choice to capture the title.

Ultimate X is always a tonne of fun and the stacked roster means this should be no different (our pick is Ace Austin to retain), while The Briscoes will likely keep things rolling with the tag team titles.

How to wake yourself up and become a morning person