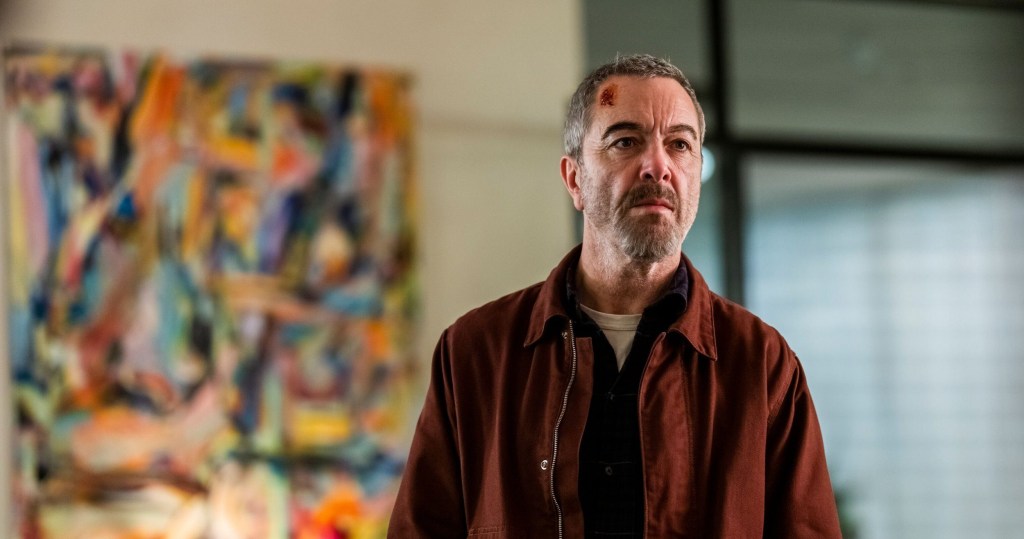 From James Nesbitt (pictured) to Joely Richardson, here’s who to keep an eye on (Picture: Laurence Cendrowicz)

He may be best known for playing Adam in Cold Feet but, from The Missing to Murphy’s Law via The Secret and Stay Close, James Nesbitt loves a gritty drama.

His latest, the Channel 4 eight-parter Suspect, is one of his darkest yet: he plays detective Danny Frater, called in to identify a corpse only to find it’s his estranged daughter Christina. It’s assumed that she took her own life but Danny suspects foul play and questions her friends and associates to get to the truth.

Each half-hour episode features an encounter between Danny and a potential lead or possible killer in an intense, nuanced two-hander. Filmed in and around London, often at night and under Covid restrictions, it was a gruelling but invigorating shoot.

‘The real challenge for me was sustaining Danny and being alert to what the other characters were saying to me,’ says Nesbitt. ‘The week before the first episode, we’d do a readthrough and rehearse for a day, then shoot for four days. Then I’d have a couple of days off to learn the next episode, come in and spend a day talking about the script, and then shoot again.

‘It was thrilling, demanding and an affirmation of why I still love the job – an opportunity to show myself what I could do. This was a job where I could form a relationship with the person I was playing and not be scared by it, but embrace it.’

Even so, to see Nesbitt go head-to-head with the likes of Niamh Algar, Sam Heughan and Richard E Grant is as fulfilling to watch as it clearly was to film.

‘Everyone brought such authenticity and preparation and threw themselves at it, which I love. I enjoy a kick up the arse because I’m very competitive.’

So after this, a light comedy? Well, he’s talking to Metro en route to filming series two of Bloodlands – another thriller that could be described as dark and gritty. Nesbitt chuckles.

Episode 1: Joely Richardson (Jackie, police pathologist)
Joely Richardson says: ‘Jackie is an enigma: tricky, not warm or full of humour, but focused and serious. The antagonism between her and Danny is such that I thought they must have some history. But they just don’t like each other!’

Episode 2: Niamh Algar (Nicola, Christina’s wife)
Niamh Algar says: ‘Nicola has the upper hand at first– she knows why Danny’s relationship with her partner fell apart and is prepared to make him face a few facts – but she’s dealing with regret and grief herself.’

Episode 3: Antonia Thomas (Maia, Christina’s friend)
Antonia Thomas says: ‘Maia’s used to dealing with men like Danny, aggressive and trying to assert authority, but she’s quickly on the back foot because she realises that there’s more to him and she doesn’t know why Christina is dead.’

10 of the very best tablets you can buy in 2022, no matter your budget