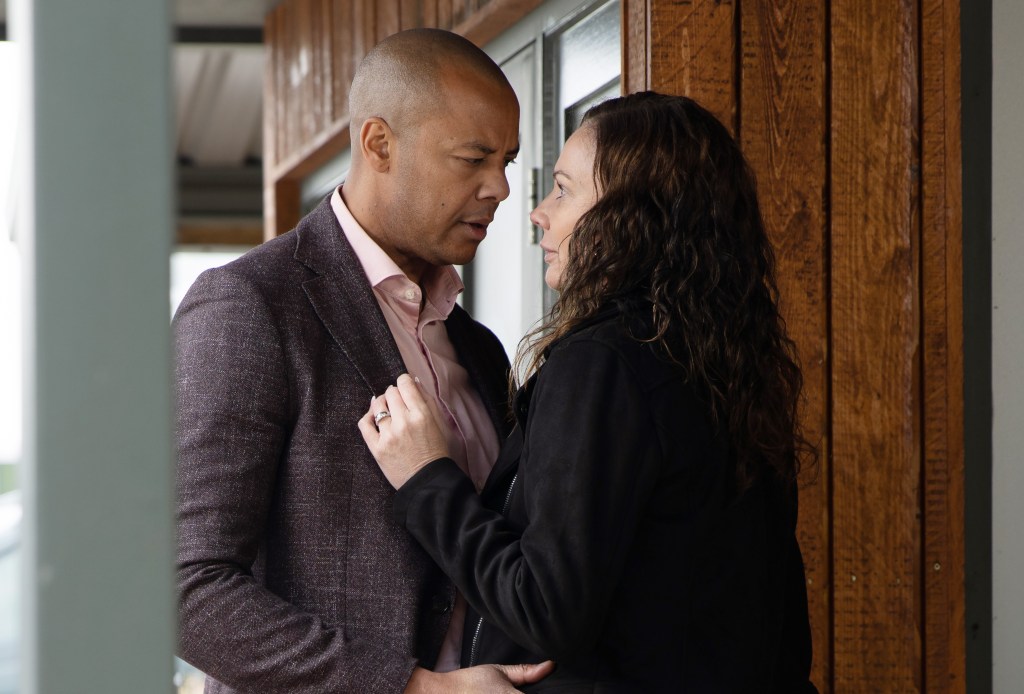 Let it be known we’re not keen on this (Picture: ITV)

Following Faith’s (Sally Dexter) decision to finally tell her children her cancer has returned, Chas is understandably struggling to deal with the news.

Meanwhile, Cain (Jeff Hordley) releases his emotions in a different way as he throws Liam (Jonny McPherson) to the ground after learning he knew about Faith’s cancer.

Out on Main Street, Chas and Al open up to each other about their family problems, which leads to Al comforting Chas.

The dynamic between these two changes again later on in the week, as Chas grows annoyed when Al suggests she’s taken Paddy’s idea to bring home some hospice flyers the wrong way.

As Chas and Al begin to relax with each other, they share an intense moment, leading to Chas admitting she wants to forget everything that’s happening in her life right now.

Bonding over a bottle of wine and stories about Faith, it’s clear Chas is very comfortable around Al and when they leave, it isn’t long until they share a passionate kiss.

But what does this mean?

Will Chas start an affair with Al?

Or will she regret the kiss?