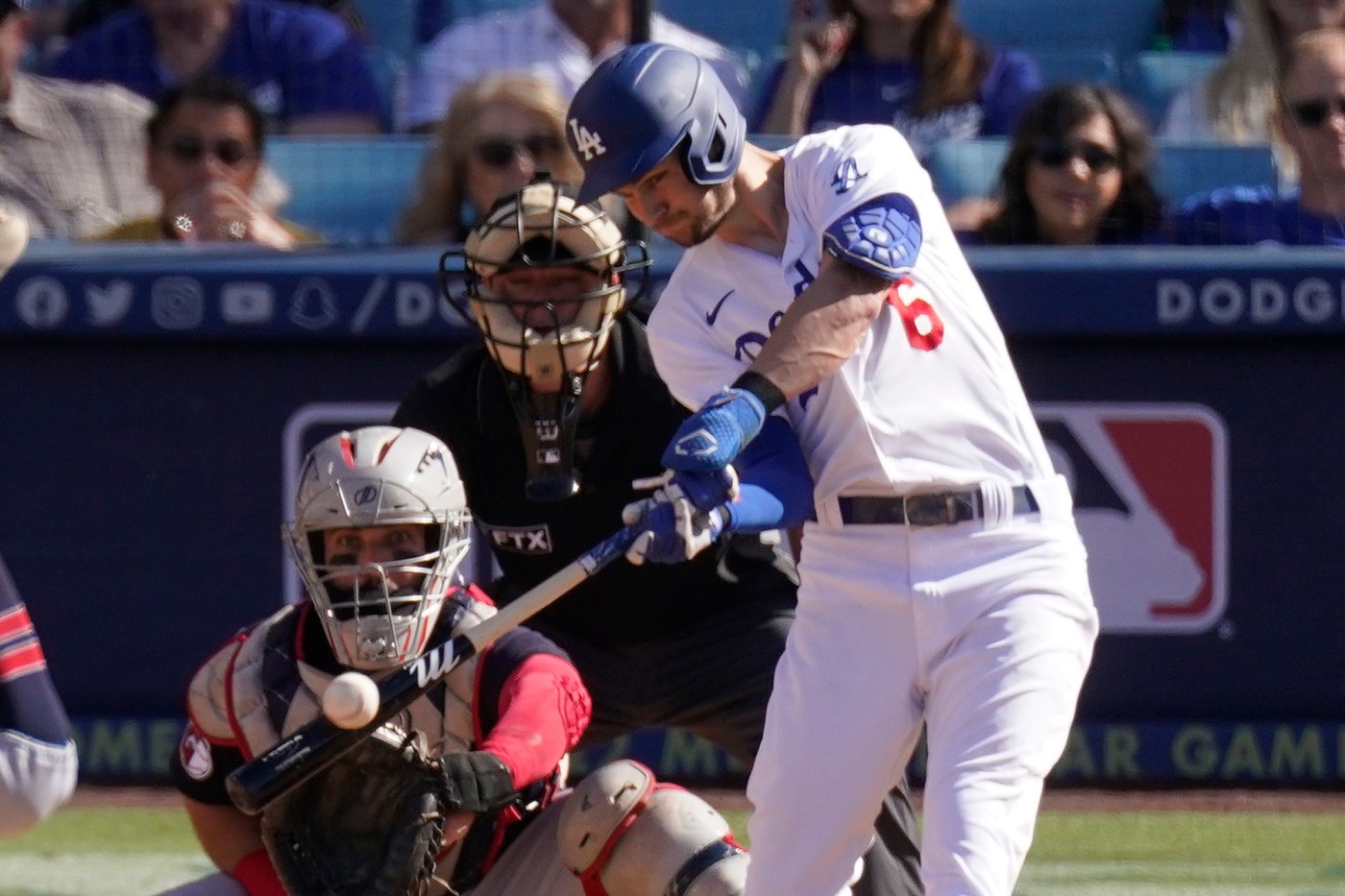 The Dodgers torched the Guardians for 11 hits en route to a 7-1 victory, using the afternoon to match their scoring output from their last four games combined. Trea Turner hit his ninth home run of the season, one of four extra-base hits before an announced crowd of 50,078 at Dodger Stadium.

Dodgers starter Julio Urías (4-6) was quietly effective, allowing one run over six innings for his first victory since May 20. A 20-game winner last season, Urías had not won a game at home since May 3. The left-hander walked two batters and struck out six.

The Guardians’ only run was unearned; they capitalized on a ground ball between Max Muncy’s legs in the top of the first inning to take a 1-0 lead. A single by Cody Bellinger, a double by Chris Taylor, and a sacrifice fly by Austin Barnes tied the game at 1 in the bottom of the second.

Barnes’ sacrifice fly RBI was the first by a Dodgers hitter since May 28.

Then came the big blow: a two-run home run by Turner against Cal Quantrill (4-4) that put the Dodgers in the lead for good at 3-1.Related Articles

Alexander: Sandy Koufax gets his statue at Dodger Stadium

Dodgers flop in the clutch, lose to Guardians in extra innings

Justin Turner, who struck out with two runners on base to end Friday night’s loss ― and did so again to end the first inning Saturday ― made amends in his second plate appearance Saturday. His double to the left-center field gap scored Max Muncy. Turner then scored when Gavin Lux lined a triple into the right-field corner, padding the Dodgers’ lead at 5-1.

Turner later drew a bases-loaded walk for his second RBI of the game.

Cody Bellinger followed his two-hit night Friday with another, finishing 2 for 5 in a game that saw every Dodgers starter reach base at least once.

Taylor starter in right field in place of Betts, who has missed the last two games with soreness in his rib cage.

You’ll be charged to visit Europe from 2023

Americans and guns: A look at the Supreme Court’s recent ruling and national surveys