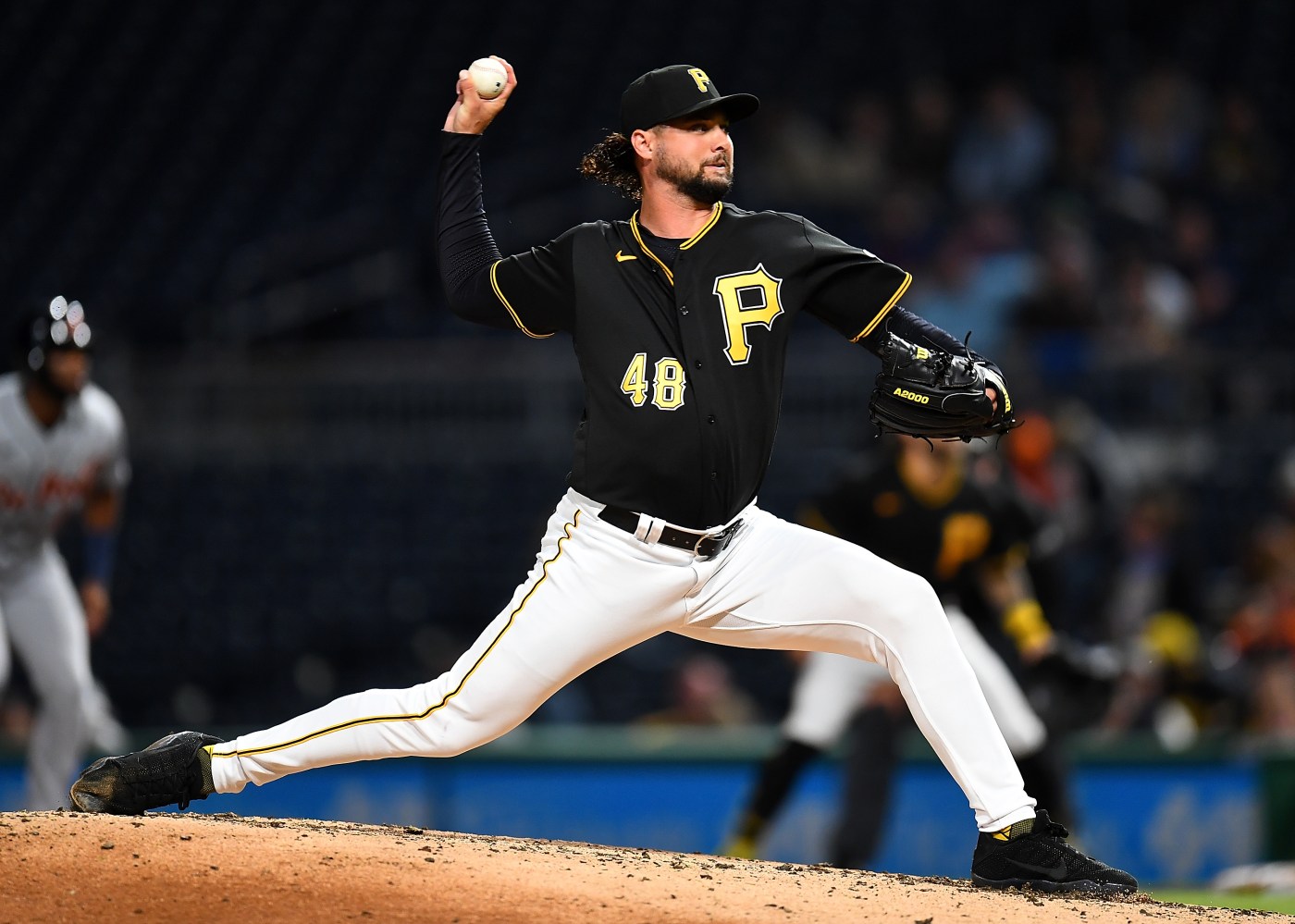 PITTSBURGH — About half a dozen Pirates have an inside joke going in their clubhouse here at PNC Park.

“We’ve got some forever Giants floating around here,” cracked Tyler Beede, the latest addition to what is quickly becoming Giants East.

Beede joined fellow pitchers Jose Quintana and Chris Stratton and catcher Tyler Heineman as San Francisco castaways who landed with the Pirates when he was designated for assignment at the start of May. Outfielder Bryan Reynolds, traded away as a prospect, has also developed into an undisputed star, while another one of Beede’s bullpen mates, David Bednar, is the older brother of the Giants’ first-round pick last year, Will Bednar.

“It’s been an easy transition just because there’s a lot of familiar faces,” Beede said. “It’s good to see guys who’ve been over there and can relate to my scenario being DFA’d and all that.”

Beede, the Giants’ first-round pick in 2014, had his tenure with his first professional organization come to an end when rosters were cut down from 28 to 26 players at the end of April. Beede was out of options and had been mostly relegated to a mop-up role in the Giants’ bullpen.

“In a sense I saw it coming. The writing was on the wall,” Beede said. “I don’t want to say I was expecting it because I didn’t just want to let myself wait around expecting it to happen, but I knew the scenario.”

One night earlier this series, Beede reconnected with a few former teammates over dinner.

Logan Webb and Tyler Rogers were there, both of whom’s weddings Beede officiated over the past offseason, as well as starter Alex Cobb and mental health coach Harvey Martin.

“It was just good to reconnect and see him again and make sure he’s doing well,” said Rogers, who also caught up with Stratton this series. “He seems happy. Hopefully he can build some momentum here in Pittsburgh. I’m sure we’ll stay in touch for the rest of our lives.”

Beede’s career in San Francisco was derailed when he felt a twinge in his elbow during spring training in 2020, ultimately requiring Tommy John surgery. After starting 22 games, with a 5.08 ERA, as a rookie in 2019, Beede was fighting for a rotation spot before he was forced to undergo the intensive rehab that follows the procedure.

When he returned to the mound briefly in 2021 and then in spring this year, he couldn’t throw enough strikes to carve out a role in a fairly established San Francisco pitching staff.

He made six appearances out of the Giants bullpen, posting a 4.66 ERA, before getting designated for assignment. But since arriving in Pittsburgh, Beede has performed well in a swingman role out of the Pirates’ bullpen, with a 2.57 ERA over 14 innings in eight appearances.

He’s subbed in a two-seamer for his four-seamer and a slider for his curveball, though the same command issues exist, with an equal number of walks to strikeouts (6). He’s also moved out to the suburbs after only living in the city …read more