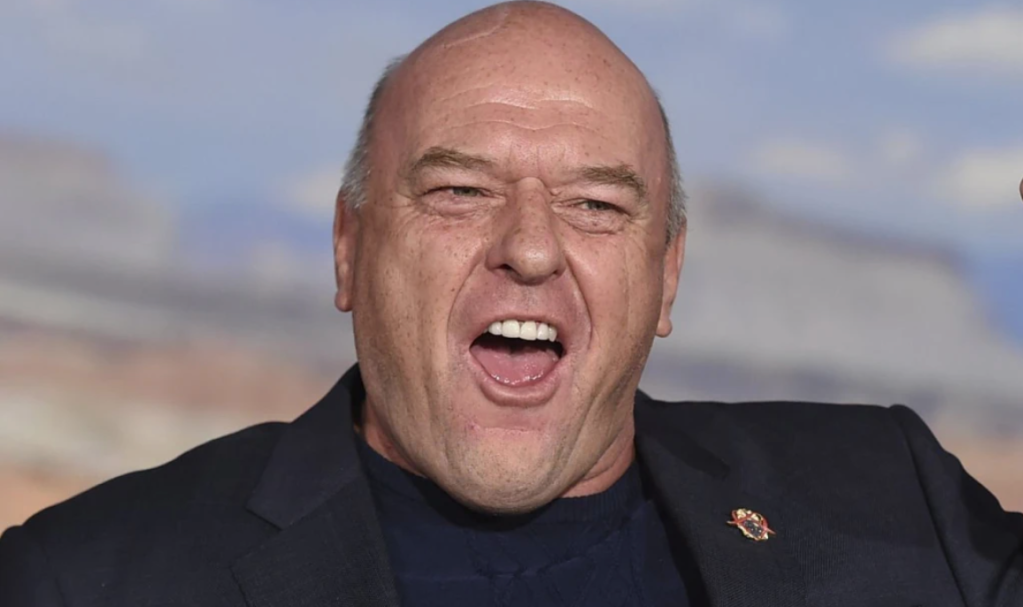 The 59-year-old actor, who starred as agent Hank Schrader on the hit serial drama, addressed the current situation on Twitter and urged those who ‘love capitalism’ to shut the f*** up.

‘You’re not getting “robbed” at the pump,’ he tweeted.

‘You’re paying fair market price for a commodity. If you love Capitalism so much then stfu.’

‘Gotta love it when millionaires in Hollywood tell the American public what to do lol,’ another remarked.

Youre not getting ârobbedâ at the pump. Youâre paying fair market price for a commodity. If you love Capitalism so much then stfu

Our prices are rising because of Putin’s actions. There isn’t enough supply. And the bottom line is if we want lower gas prices we need to have more oil supply right now,’ Biden said on Thursday from the White House.

Biden added that ‘Putin’s price hike is hitting Americans at the pump’, and, ‘I know how much it hurts’.

The US consumes about 20million oil barrels daily, while the world’s consumption is around 100million barrels per day. Biden’s action is designed to put more oil on the global market and potentially ease prices at the pump.

Biden closed his remarks by again bringing up the impact that Russia’s war on Ukraine is having on the economy.

‘Look, I know gas prices are painful. I get it. My plan is going to help ease that pain today and safeguard against tomorrow,’ he said.

‘I’m open to ideas and to strengthen the plan, but I will not be put off and put it on hold. I will do everything at my disposal to protect you from Putin’s price hike. It’s not time for politics. Americans can’t afford that right now.’

MORE : Rylan Clark lobbies Netflix to host Squid Game reality series and shares a glimpse into what that could look like

Love Island fans think they’ve worked out who’s been dumped from the villa after spotting clue – please don’t let it be Ekin-su!