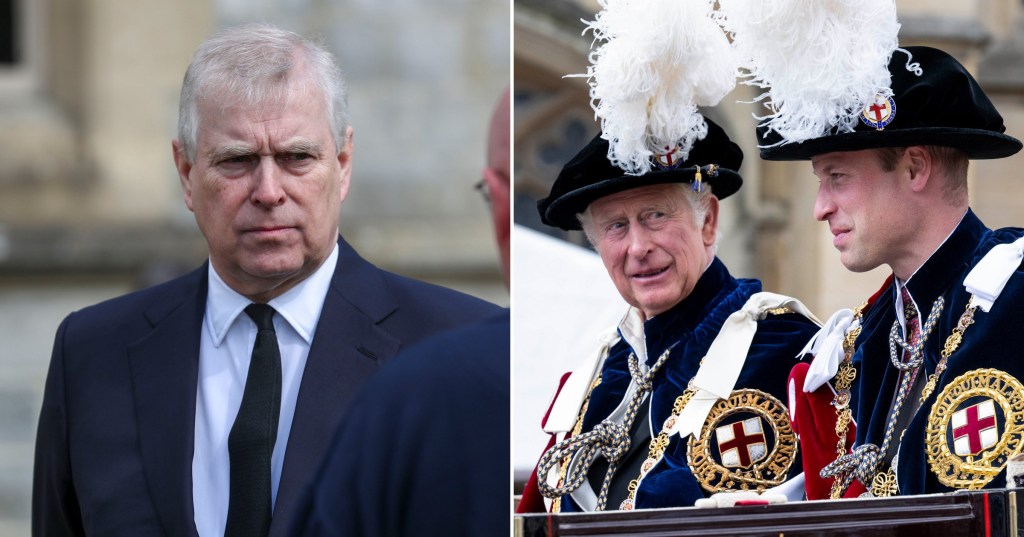 The Duke of York reportedly ‘doesn’t want to talk’ to his brother or nephew (Picture: Getty Images)

‘Fuming’ Prince Andrew is refusing to socialise with Prince Charles and Prince William after they blocked his royal comeback, it’s claimed.

‘Battle lines were drawn’ when the future kings ‘stopped’ the Duke of York from attending public parts of the Knights of the Garter ceremony last week.

He was planning on going to Royal Ascot this week, but is believed to have pulled out after the Queen agreed it was for the best amid fears of public backlash.

The Royal Family’s summer get-away at Balmoral is allegedly under threat as a result of the friction between Andrew and his brother and nephew.

There are fears he will not join the occasion, or if he does, that it will be awkward.

Andrew reportedly believes he can resurrect his royal career, but he has apparently been named ‘deluded’ by palace sources.

‘Andrew is desperate to rebuild his life and wants his titles back’, a source told The Sun.

‘But he is fuming with Charles and William for stopping his plans. He doesn’t want to talk to them.