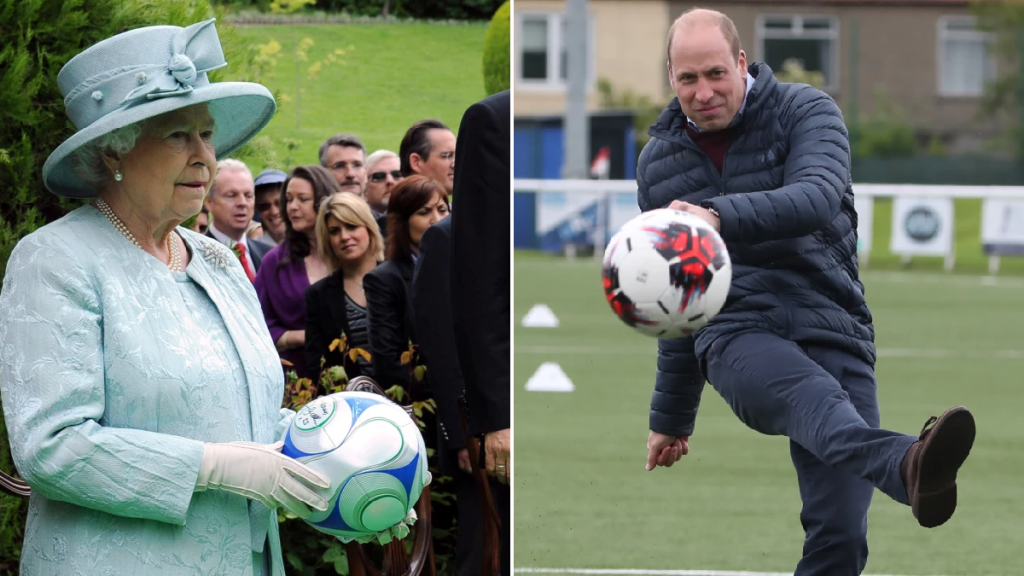 The Royal Family have access to some of the finer things in life but not even they are immune to the allures of the beautiful game.

Yes, indeed, the royals are known to put their weight behind some professional football teams.

Though they must remain politically neutral, there’s no decree that a royal can’t show bias towards their chosen football teams.

So, who do the royals support?

Which football team does the Queen support?

Her Majesty the Queen has been the longest-serving monarch in British history, so it’s fair to say she’s seen the good, bad, and the ugly when it comes to premiership football.

That’s why it’s no surprise that the Queen is a little mysterious with who she supports.

There is a great deal of speculation that she is a fan of North London’s Arsenal FC.

The Queen is thought to be a fan of either Arsenal or West Ham (Picture: Steve Parsons/AFP via Getty Images)

Jeremy Corbyn once said in a speech: ‘Now, we know the Queen is absolutely above politics. She may be above football, too, but many locals harbour this quite secret view that she’s actually, privately, a Gooner.’

For those not in the know, ‘Gooner’ is the term for Arsenal fans.

Arsenal midfielder Cesc Fabregas has also claimed that Her Majesty told him she was ‘a fan’ of the team during a reception at Buckingham Palace in 2007.

However, confusion arises from rival claims that she is actually a Hammers fan.

The Daily Mirror reported that Buckingham Palace staff were ‘shocked’ when the Queen revealed herself to be a West Ham fan.

‘The Queen has never wanted people to know who she supports because she wants to be seen to be neutral,’ a Windsor Castle source told the newspaper.

‘But she gave up her secret after overhearing one of her staff members saying he was a Millwall fan and was talking to another member of staff about the derby between West Ham and their arch-rivals.’

Who does Prince William support?

Unlike his grandmother, Prince William has never tried to hide his love for Aston Villa, frequently attending matches with his eldest son, George.

Harry isn’t as forthcoming with his football team, but he previously let slip who most of the royals support, according to past reports.

When conducting charity work with local children at the New Zealand government house in Wellington a few years back, multiple sources reported that the Duke of Sussex was heard saying ‘most of the royal family are Arsenal fans.’

Which team does Prince …read more

Who is Sam Ryder? Meet the UK’s Eurovision Act for 2022 and listen to his song

Instead of youth curfews, here’s how to get serious about violence prevention